Patriots Gameplan: the Key to Slowing Down a Red-Hot Sam Darnold 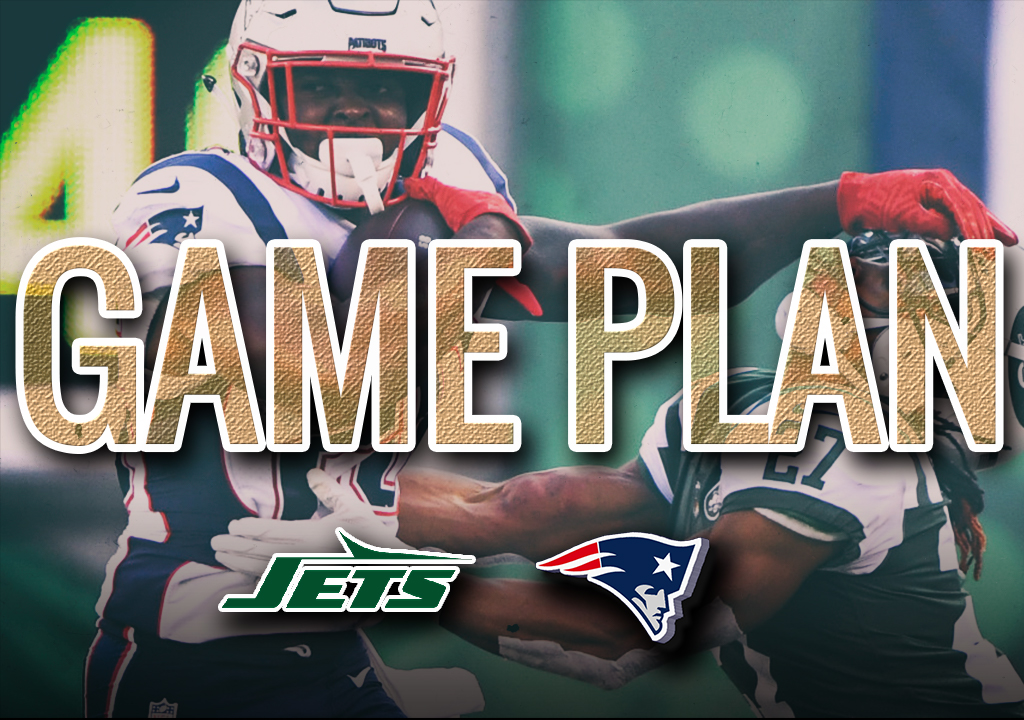 FOXBOROUGH — Over the last two weeks, Jets rookie Sam Darnold has been arguably the best quarterback in the NFL.

In those two games, Darnold leads all quarterbacks with a 92.1 overall grade from Pro Football Focus and his 113.6 passer rating is fifth in the league to go along with a flawless touchdown to interception ratio (5-0).

The third overall pick in last year’s draft has combined his elite playmaking ability with Jeremy Bates’s west coast scheme beautifully as the two have Darnold in a rhythm throwing to all areas of the field.

However, like most young quarterbacks, the in rhythm part of the prior sentence is critical when dissecting Darnold’s game.

As good as the rookie has been of late, Bates has simplified things for Darnold and has successfully schemed open his first read at a high rate, but when you force the Jets quarterback to work beyond his first read things start to get dicey.

Against the Texans and Packers, Darnold had a staggering 128.1 passer rating when throwing to his first read in the progression, and 76 percent of his passing yards were on throws in his first read.

On all other passes, Darnold’s passer rating plummeted to 85.8, and he’s averaging only 5.7 yards per attempt.

Another stat that supports this claim is Darnold’s time to throw.

When Darnold releases the ball in less than 2.5 seconds, which is ideal in a west coast scheme, he has a ridiculous 136.2 passer rating with a 73.5 completion percentage on 34 attempts.

Below, we’ll go over how Bates has created an environment for Darnold to thrive in by simplifying his reads, and what that means for the Patriots on Sunday.

Since Darnold’s return from injury, Bates has done his best to make things easier on his rookie quarterback.

One of the ways he has done that is by cutting the field in half for Darnold allowing him to focus on reading out one side of a progression.

On this third-down play, the Jets ran what’s really a two-man route. They have a receiver at the bottom of the screen, but he’s likely not a part of Darnold’s progression. The Jets leave seven players in to block and send receivers Robby Anderson and Jermaine Kearse on pass routes to the left of the rookie. All Darnold has to do is stay patient in the pocket while his two receivers work against zone coverage. Anderson draws two defenders on a corner route, and Kearse eventually uncovers with Darnold well protected. As you can see, Darnold’s eyes never move off of Anderson and Kearse.

Bates and the Jets coaching staff has also relied heavily on “nub” formations which means an in-line tight end is the furthest player away from the ball on one side of the formation.

Here, the Jets leave seven in the protection once again sending three receivers into the pattern. Darnold makes a fantastic anticipatory throw on a post-corner route to Anderson against quarters coverage, but again, Darnold is only reading half of the field.

Rollouts inherently cut the field in half for the quarterback with defined options as Darnold runs toward the sideline.

This time, the Jets run a switch-boot action with the tight end running a “slide” route into the flat and three receivers forming a levels concept giving Darnold four potential targets. The spacing by the receivers could be better here, but Darnold chooses wisely throwing accurately on the move to Anderson on the crosser.

There’s also evidence on the tape that Darnold still struggles with coming off his first read when the Jets do give him full-field progressions.

On this play, the Jets sniff out Houston’s play call with a cover-2 beater. They send Anderson on a post, Andre Roberts on a corner route, and leak the tight end into the flat to Darnold’s right. The Texans invert the coverage on the offenses right with the boundary corner dropping into the deep half with the safety rotating down into the flat. Darnold thinks he has Anderson on the post with the middle of the field open, but he stares down his receiver, and the deep zone defender on the opposite side of the field reads his eyes nearly intercepting the pass.

Darnold hasn’t thrown an interception over the last two weeks, but the Patriots may be able to bait him into one by disguising coverages and reading his eyes in zone.

After defeating Josh Allen in Week 16, the Patriots improved to 8-0 against rookie quarterbacks at Gillette Stadium since 2001.

However, Darnold is playing at a higher level coming into this one than Allen was a week ago, and the Jets’ skill position group, assuming everyone is healthy, is much better than Buffalo’s.

The key for the Patriots defense against Darnold this weekend will be to get the USC product out of rhythm by taking away the easy throws that Bates has schemed into the offense.

The Patriots have done that in the past with other one-read quarterbacks by anticipating route concepts based on formations and personnel and dropping zone defenders into those routes to support the primary defenders in coverage.

If the Patriots don’t throw off Darnold’s timing, then the Jets could spoil a first-round bye for New England.