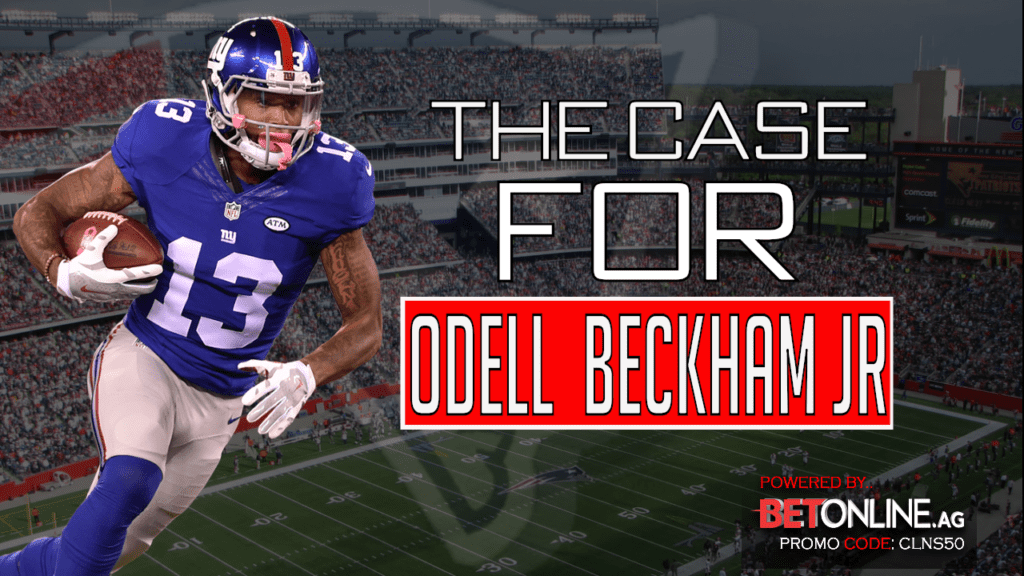 Two hurdles are hard to overlook when examining a potential trade between the Giants and Patriots for superstar wide receiver Odell Beckham, Jr.

First, you have to wrap your head around the Giants trading a top ten player in the NFL when healthy at age 26 who’s under contract for the next five seasons at a reasonable cost.

Even if you think Beckham is a diva, the Giants will never get an equal return for him in a trade.

And second, a trade of this magnitude for a player, especially at the wide receiver position, making this kind of money would be unprecedented for Bill Belichick.

For example, Beckham’s deal would take up roughly nine percent of the Patriots’ salary cap next season if they were to acquire him in a trade.

Currently, outside of quarterback Tom Brady, All-Pro cornerback Stephon Gilmore has the highest cap charge on the Patriots roster at 7.8 percent of the cap.

And in the Belichick era, outside of a one-year franchise tag for Wes Welker, the most he has allocated to a wide receiver was a shade over five percent to Randy Moss from 2007 to 2009.

To put it into Belichick speak, the Pats would rather pay someone a fraction of Beckham’s price tag that is, for argument’s sake, 75 percent as good as Beckham to spread the money around.

Plus, that player might do four or five things for the team that we don’t see because we aren’t the greatest coach of all-time.

That line of thinking, although it doesn’t land superstars like Beckham, is the type of cap management that has led to the sustained success the Patriots have had over the last two decades.

However, and yes, there’s a but coming, when you look at the particulars of Beckham’s deal and his fit in the New England offense the Patriots’ reported interest starts to make more sense.

Let’s start with the contract which is quickly becoming outdated despite Beckham being the highest paid receiver in the NFL.

Beckham signed a five-year extension with the Giants in August of 2018 for a total value of $90 million, and that extension officially begins in 2019.

But the Giants structured Beckham’s deal to make it easier to trade him by strategically planning the cap hits and dead money on his contract.

His cap hits, in particular, are very reasonable for a player of his caliber.

For instance, when you compare Beckham’s cap hits over the next five seasons to Brandin Cooks’ in Los Angeles you see that the better player, Beckham, is easier to fit under the cap.

If we pretend that the Patriots interest is real, acquiring one of the league’s best playmakers on Beckham’s current contract is a cost-effective move with the cap rising every year.

And that return on their investment stems from the fact that Beckham is a tremendous fit in the Patriots offense.

Yes, he’d be great anywhere, but in many ways, Beckham was made in a lab to play in the Patriots’ system.

Three traits of Beckham’s stand out to me when it comes to his system fit with New England: separation quickness, creating yards after the catch and the ability to run routes from different alignments.

As you’ll see with all these examples, Beckham has punt returner skills with the ball in his hands.

Since entering the league in 2014, he’s tenth in the NFL in yards after the catch and should be higher.

Plus, the beauty of Beckham’s game is that he can create big plays without the quarterback having to chuck the ball 60 yards downfield, which is perfect for a 42-year-old Tom Brady.

Beckham’s playing style is more about timing and precision than it is about catching the deep ball, sound familiar?

As you watch, also notice the similarities between Beckham’s route tree and what the Patriots ask of their “X” receiver or the role that Josh Gordon played before his suspension.

Since his rookie season, Beckham has been one of the best receivers in the NFL on slant patterns; he separates early in the route and has the explosiveness to take it to the house.

Here, Beckham is isolated on the perimeter at the bottom of the screen, and the Giants run slant/flat to both sides. Beckham uses a slow release to stay square to the cornerback and, at least in the defenders’ eyes, leave his options open to break in or out. At the top of the route, he takes an exaggerated jab step with his outside foot towards the sideline on the cornerbacks’ toes. That step forces the corner to respect Beckham’s speed and open his gate slightly allowing Odell to gain the advantage to the inside. Beckham explodes out of the route with his next step, breaks a tackle by the safety taking a poor angle and out-runs the entire Cowboys defense.

We saw Gordon and Brady feast on slant routes last season, and those patterns are all about timing and accuracy from the quarterback to lead the receiver into the yards after the catch.

Another welcomed sight for Patriots fans would be Beckham’s ability to present large throwing windows down the field for his quarterback.

At this stage of his career, Brady is a passable yet below-average deep thrower, but when given a chance, he can certainly drop it in the bucket if his receiver creates separation downfield.

Beckham is a master at building off of slants and hitches with double moves creating easy deep throws and big plays for the offense.

On this play, the Giants ran what appeared to be two hitch routes on Beckham’s side of the field with him and the tight end. Beckham sells the hitch with his footwork and by turning to face the quarterback before spinning out once the cornerback commits into a hitch-and-go. The double move creates an easy 30-yard pass in the air for Giants quarterback Eli Manning, and once the ball is in Beckham’s hands, he does the rest.

Again, creating a massive play, in this case, a 75-yard touchdown, without asking much out of the quarterback.

Finally, what makes Beckham’s fit with the Patriots really intriguing is his ability to move around the formation and run routes effectively out of the slot.

The Giants didn’t ask him to do that much, roughly 20 percent of the time, but he’s a matchup nightmare inside the numbers.

The Giants motioned him into a stack alignment in the slot on this particular play, and Beckham runs another staple of his route tree: the drag route. Beckham gives a little shake at the top of the route causing the cornerback to miss his jam then easily wins the foot race coming across the field and uses those returner skills to create after the catch from there. Another quick-hitter predicated on timing that Beckham turns into a chunk play with his legs.

Ultimately, all the buzz around a potential Beckham-to-the-Patriots trade could be media fabrication.

As stated earlier, it would be against Belichick’s typical operating procedure to pay a wide receiver as much as Beckham is due over the next five seasons.

And then there’s the whole issue of trade compensation, likely multiple picks, and at least one first rounder, that’s also a factor.

But when you take a step back and analyze all the angles of this rumored deal, there’s sound reasoning for the Patriots to make a move for a top-flight receiver.

Beyond the contracts and scheme fits, the biggest reason for this kind of trade from a Patriots perspective is that time is running out on the top weapons in their offense.

Whether it’s this year or next year, tight end Rob Gronkowski is retiring soon, and Super Bowl MVP Julian Edelman turns 33 in May.

The Patriots need a number one of the future, and they might have their eyes on Odell Beckham, Jr to be that guy.