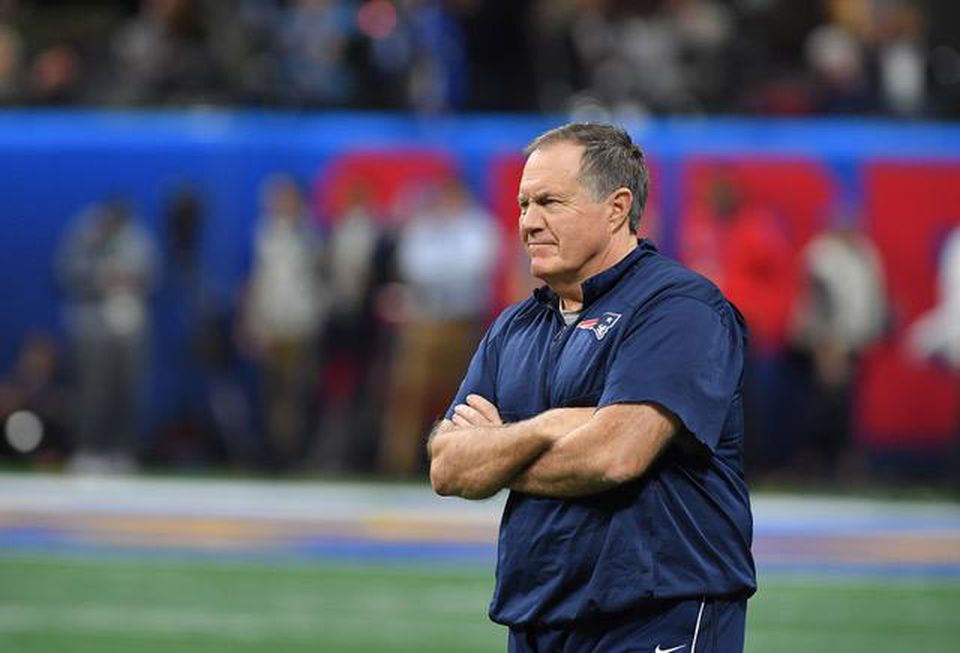 FOXBORO — The Patriots, as they so often do, stunned everyone when they selected Arizona State wide receiver N’Keal Harry in the first round late Thursday night.

Harry, the first wideout taken by Bill Belichick in the first round as the Pats’ football czar, addressed one area of need for New England as they try to reload on offense without Rob Gronkowski.

And with a league-high five day two picks, the Patriots are in the driver’s seat on Friday with some exciting names still on the board.

Here’s a quick primer on where the Patriots might go with their day two draft picks (needs not in order):

As it stands right now, the Patriots have very little depth behind starters Isaiah Wynn (left) and Marcus Cannon (right) at offensive tackle. The team lost starting left tackle Trent Brown and swing tackle LaAdrian Waddle in free agency and will need to carry at least four on the 53-man roster. Ideally, the player they draft would have swing tackle versatility with some upside to start at either tackle spot. Wynn is essentially a rookie that’s also returning from a severe Achilles injury, they need some insurance there, and Marcus Cannon turns 31 years old soon and also carries a veterans price tag over the last three years of his deal.

My pick: Oklahoma’s Bobby Evans gives them swing tackle versatility with experience at both tackle spots and the potential to kick inside to guard if needed. They could trade up to land Risner or Ford, but Belichick seems fond of Evans.

Staying in the trenches, the depth of this class along the defensive line probably contributed to the Patriots’ decision to go with a wide receiver in round one. Michael Bennett should fill Trey Flowers’ shoes next season, but the Pats need to look beyond that for a defensive end of the future that gives them the same three-down capabilities. Ideally, the player the Pats draft could also kick inside on passing downs to rush the passer on the interior, something they will do with Bennett and did with Flowers last season.

My pick: if the Patriots come away with Boston College’s Zach Allen and Harry with their first two picks, I might do cartwheels in the Gillette Stadium media room. Allen is a refined pass rusher with multiple moves in his arsenal, is good against the run and lines up everywhere on the defensive line. If they strike out on Allen, Anthony Nelson from Iowa has an athletic profile that screams Patriots.

This one is easy. We all know the need is there, it’s just a matter of how aggressive the Patriots want to be with finding Rob Gronkowski’s replacement. From this perspective, the talent drops off after Alabama’s Irv Smith, Jr. and Texas A&M tight end Jace Sternberger. If the Patriots do trade up on Friday night, it might be for a tight end.

My pick: Sternberger has been my guy throughout the entire process, and I’m not going to back off now. Bring the seam-stretcher to Foxboro, and watch him terrorize defenses in this offense. The Pats will coach him up with the blocking.

My pick: Moving up for Lock is tempting, but it seems unnecessary if the Patriots can still get their guy in Will Grier. Grier has the makeup of a Patriots quarterback with confidence and aggressiveness to attack NFL passing windows down the field. He’s one of the most accurate quarterbacks in this class and handled the mental side of the game well.

At first glance, the Patriots’ defensive backfield is one of the stronger areas of the roster. However, they could use future replacements for Devin McCourty and Patrick Chung, and they’ve shown some interest in the bigger corners in this draft. Outside of Stephon Gilmore, the Patriots don’t have much height on the cornerback depth chart.

My pick: The Patriots might be hooked on Williams, but Gardner-Johnson has the versatility and leadership qualities that also fit New England. The Florida product was mostly a slot defender last season but can play deep safety with great range and instincts as well. He could take over for Patrick Chung or Devin McCourty down the road, but his backend versatility reminds me more of McCourty.

WILL THEY DOUBLE-DIP AT WIDE RECEIVER?

Many have asked if I think the Patriots will select another wide receiver on Friday night. My instincts were off on their first-round intentions at the position, but I wouldn’t rule out a third-round receiver on day two. Their needs along the line of scrimmage along with them potentially selecting a quarterback seems more likely in the second round. There will be some good options in the third and fourth round at receiver if they want to double dip.

WILL THEY TRADE UP?

During his media availability early Friday morning, Pats Director of Player Personnel Nick Caserio mentioned the possibility of New England trading up on day two since they have five draft picks, “maybe if there’s a player that we think we need to target a little bit earlier, we could potentially go up and get him,” Caserio said. Belichick and Caserio choose their words carefully, so it must be on the Patriots’ minds. A trade up for either a pass rusher (Allen) or a tight end (Smith, Jr.) makes sense.