Are the Patriots Really Bad at Drafting Wide Receivers? 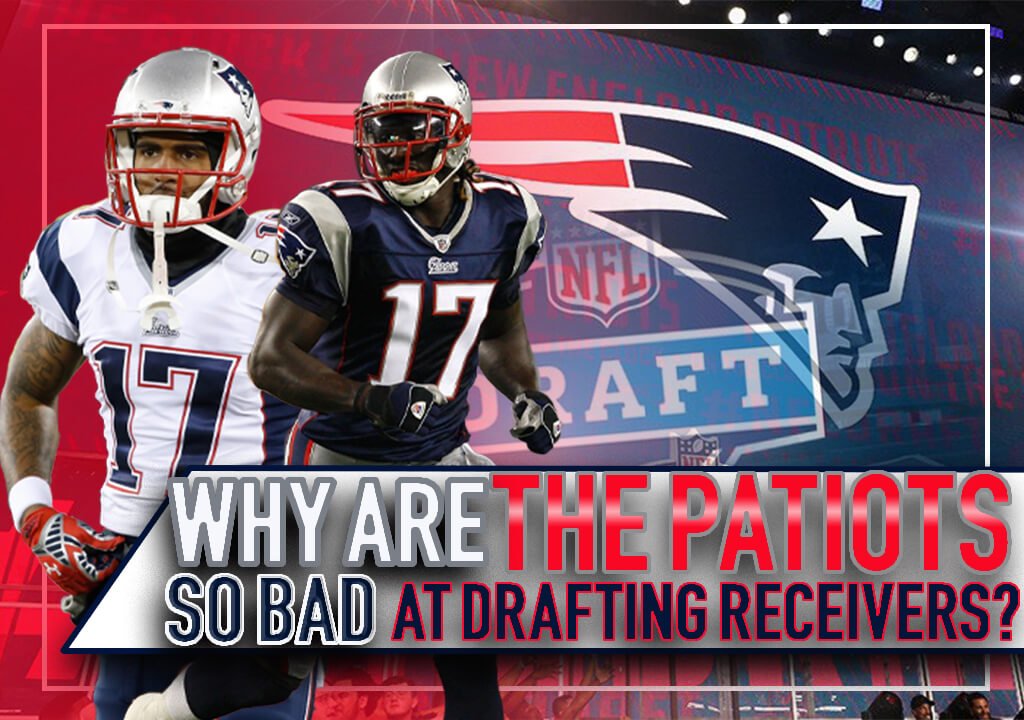 With a significant void left behind by Rob Gronkowski, the Patriots need to rebuild their receiving corps around Super Bowl MVP Julian Edelman this offseason.

The Pats brought back Phillip Dorsett and signed low-level free agents Bruce Ellington and Maurice Harris, but the wide receiver position figures to be the main focus of draft weekend.

The issue is for New England is that their draft history at wide receiver is spotty.

Out of 16 picks, Belichick has hits in two Super Bowl MVPs in Edelman and Deion Branch, but those two were the only wide receivers drafted by the Patriots since 2001 to receive second contracts with the team (Branch after his stint with Seattle).

The Patriots also “hit” on special teams ace Matthew Slater, 2002 seventh-round pick David Givens and got some contributions on their rookie deals from Aaron Dobson, Bethel Johnson and Malcolm Mitchell.

And 2009 third-round pick Brandon Tate went on to have a respectable NFL career as a return man which was his primary role at the University of North Carolina as well.

But here’s the facts: Edelman and Branch are the only two receivers drafted by the Patriots during their two-decade dynasty that had robust careers as receiving threats in the NFL.

HOW DO THEY GRADE AGAINST THE REST OF THE LEAGUE?

Grading against themselves, New England hasn’t done well drafting wide receivers, but how have they done against the rest of the league?

First, I worked with drafts from 2001 to 2016 because the jury is still out on the last two draft classes and 2018 sixth-round pick Braxton Berrios.

And second, the Patriots are the only team in that span that hasn’t used a top 35 pick on a wide receiver, so we will discuss picks outside of the top 35 to level the playing field.

In all, the Patriots made 15 selections under those criteria, which puts them in the middle of the pack in terms of total picks invested at the position.

For reference, the Bengals lead the league with 22 selections while the Colts only made six picks.

Within those parameters, by Pro Football Reference metric the Patriots are slightly above the league average at finding contributors at wide receiver outside of the first round.

Led by Branch (career AV: 64) and Edelman (career AV: 59), the average Patriots draft pick managed an approximate value of 11.2 with the league average coming in at 10.8.

With the selections of Vincent Jackson and Keenan Allen among others, the Los Angeles Chargers are the best team at finding receivers outside of the top 35 (20.0 average approximate value).

On the other end of the spectrum, it should come as no surprise that the Detroit Lions are the worst team at drafting wide receivers outside of the top 35 picks in the draft (3.2 AV).

WHY ARE THEY ONLY LEAGUE AVERAGE?

The next part of my research attempted to answer the question of why are the Patriots only average at drafting wide receivers on days two and three of the draft?

A team that has won six Super Bowls in less than 20 years is very seldom average at anything.

Well, the easy answer to the question is that they haven’t invested prime draft capital at the position, maybe because their analytics tell them that it’s a difficult position to evaluate.

As stated earlier, the Patriots’ haven’t used a top 35 picks on a receiver in the Belichick era, which of course means they haven’t used a first-round pick on a wideout.

The draft is a crapshoot as it is, but your “hit” rate will inherently plummet at a position if you’re constantly picking outside of the top 50.

But the data was adjusted to account for their investment, and they still only came out as an average drafting team at wide receiver.

My theory is that they tend to whiff on prospects that were high-end combine testers but did not have excellent college production.

And many receivers that played in New England say the complexities of the offense tend to slow you down as you try to read the defense and run the correct route based on the coverage.

Based on that information, it would make sense that young players with untapped potential who rely on their speed might not succeed with the Patriots.

It will be interesting to see if the Patriots, A. select a wide receiver early in the 2019 NFL Draft and B. select someone that had elite college production.

If they do, it will show that they have adjusted, at least for one year, their approach to the position.