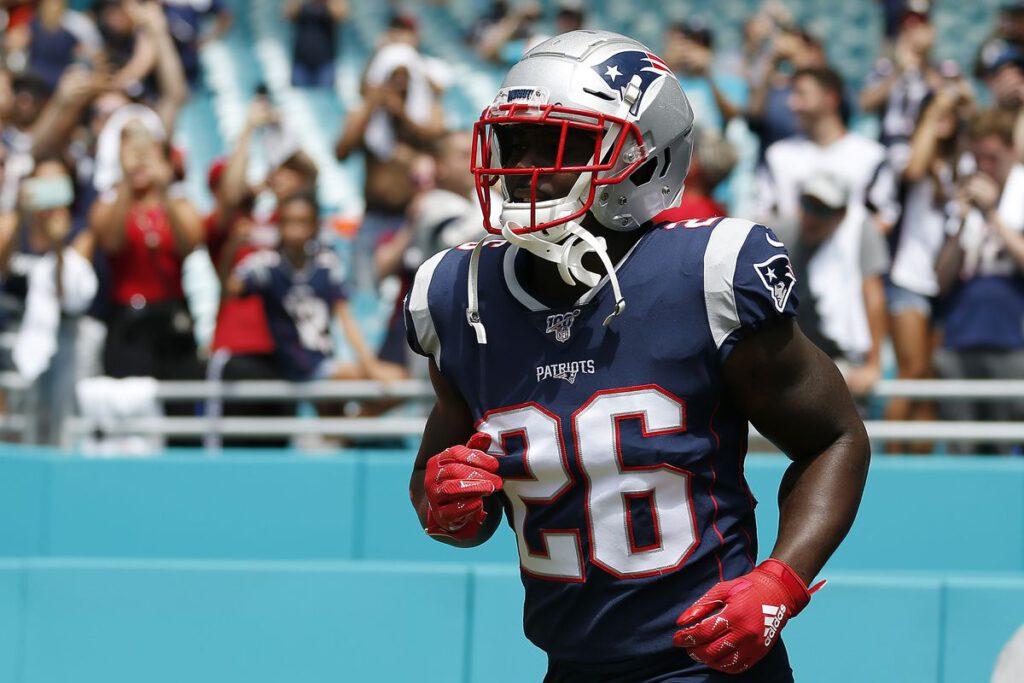 The Patriots’ selection of Sony Michel in the first round of the 2018 NFL Draft is a complicated decision that presents an interesting case study on running back value.

Michel has the most yards from scrimmage by any Patriots player in their first 29 regular-season games since Curtis Martin in the mid-90s.

However, we now know that most running back production is a product of blocking, with a select few backs that add significant value to their respective offenses.

Running backs don’t move the needle the same way that a stud wide receiver or tight end does, even though they usually touch the ball more often.

If a team is going to select a running back 31st overall, which some would say is a mistake regardless, he should be one of those select few backs that are true difference makers.

According to Pro Football Focus’s WAR stat, which works like the baseball version, Michel was an above-average running back in his first two seasons in the league.

Michel’s career WAR ranks 29th out of 83 qualified running backs during that span (0.11) and is above the average WAR for a running back that plays a significant amount of snaps (0.01).

For comparison, the most recent running backs to win league MVP, Adrian Peterson (0.30 WAR) and LaDanian Tomlinson (0.34 WAR), were three times as valuable as Michel, whereas rushing champ Derrick Henry was twice as valuable for the Titans last season (0.22 WAR).

Michel is good, but not great, and based on the eye test, he’s not moving as well as he was at Georgia on the field, but why?

We haven’t seen the same explosiveness and elusiveness you see in the clips above during his time with the Patriots.

And with only 19 catches over two seasons, he hasn’t developed into the three-down back that many thought.

Here are three theories that all relate to each other in some way:

1. Knee injuries: before the draft, there were concerns about the long-term health of Michel’s knee. During his rookie preseason, Michel aggravated the same knee that he injured during the 2017 SEC Championship Game, and then had a knee procedure last offseason as well.

2. Playing style: Michel bulked up from 214 pounds in college to nearly 225 with the Patriots to handle the workload and between-the-trenches running style of his NFL role. We also know how vital ball security is to Bill Belichick, and Michel had some fumbling issues in college, especially at the end of long runs. He’s heavier than he was at Georgia, and could he be more conservative? It’s possible.

3. Level of competition: You aren’t going to see many players face better competition than Michel did at Georgia, in the SEC and College Football Playoff, but maybe he’s still around the same speed, and the guys around him just got faster? We can’t rule it out as a possibility.

However, Michel does create yards for himself by understanding blocking angles, thus making it easier for his teammates to fit on to their blocks, and by manipulating second-level defenders to free up space, as the audio breakdown above describes.

Michel also has excellent contact balance, which allows him to run through weak tackle attempts while still keeping his balance (both feet on the ground) to continue his forward momentum.

But there’s a reason that he isn’t overly dynamic as a playmaker, and some of it goes beyond anything physical.

In this audio breakdown, we’ll go over his tendency on zone runs to be indecisive at times on cutbacks, failing to hit the hole hard, leaving bigger gains on the field. Patience can be a useful tool for a running back, but holes close quickly in the pros, and Michel’s tendency to false-step and hesitate before getting north-south hurts him. It was also something that running backs coach Ivan Fears noted throughout the season.

The Pats running back also tends to cut back inside towards the numbers of the defense when he gets into the open field rather than take it out to the sideline. Michel is often a magnet for defenders and makes it easier to catch him from behind by cutting towards the middle of the field. Maybe there’s something I’m missing here, and this is being coached, but most backs would try to run through these angles to the sideline.

Here’s a great example from the win over the Jets in his rookie season. Michel only has the safety to beat after some nice running behind a fullback counter scheme. Instead of continuing at full speed towards the sideline, he slams on the breaks and cuts right back into the defender.

Here’s an example from this season where Mohamed Sanu seals off the corner, giving Michel an avenue to the sideline. The corner is inside of Sanu, as is the rest of the defense, but Michel cuts back into tacklers.

It’s a shame that Michel’s game-breaking qualities didn’t translate to the pro game, but he’s a productive early-down running back for the Patriots.