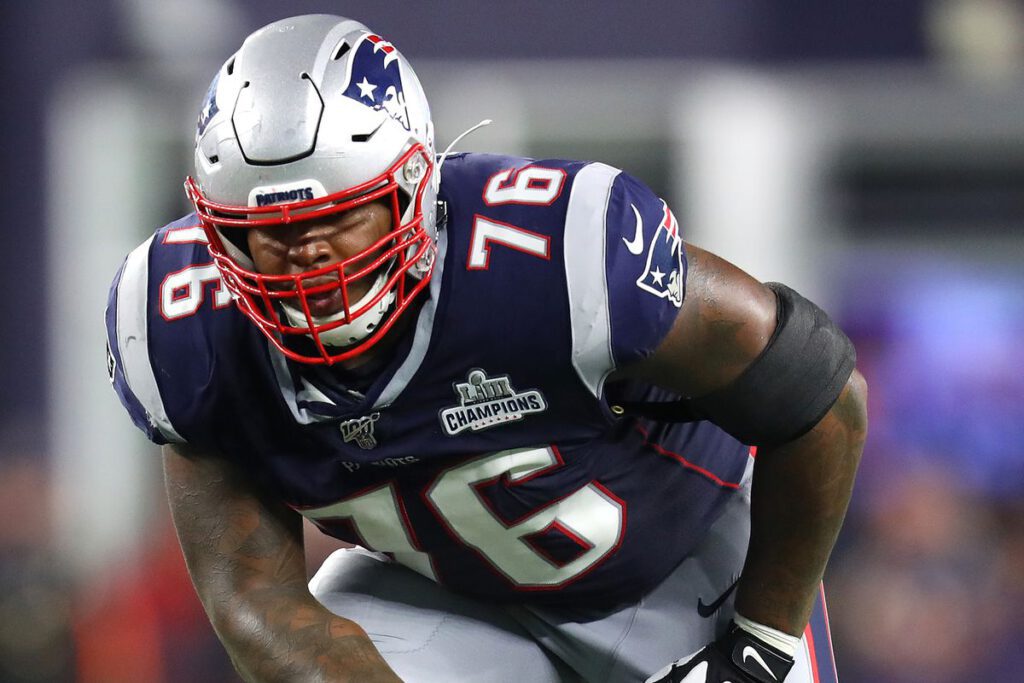 The Patriots had to wait a year and a half to get an extended look at 2018 first-round pick Isaiah Wynn, but the left tackle started the final six games of the 2019 season for New England.

In those six games, and his Week 1 start against the Steelers, Wynn was a bright spot on a struggling Patriots offense, offering immediate starter-level play on Tom Brady’s blindside.

In his absence, the Pats’ offensive line took a noticeable step back with veteran Marshall Newhouse stepping in to replace Wynn at left tackle.

Newhouse wasn’t the only backup in a starter role or the sole reason for the ups and downs, but the increase in overall quality that Wynn brought to the table elevated the entire unit.

His return coincided with a healthier Shaq Mason and the Patriots committing to Elandon Roberts at fullback, but the statistics were up across the board with Wynn in the lineup.

The Patriots didn’t draft Wynn to be above a replacement-level starter like Newhouse, though, they selected him to be a difference-maker and a constant along the line for years to come.

Before we get into the film, let’s provide some context into Wynn’s first regular-season action.

More Scar: he said he’s seeing improvement from Isaiah Wynn. Explains here that Wynn is going through the typical up and downs of a rookie since he’s essentially in his rookie season. #Patriots pic.twitter.com/hj4tlMAYkr

Patriots offensive line coach Dante Scarnecchia acknowledged Wynn’s inexperience made him essentially a rookie this past season, and we saw growing pains like any first-year player.

Wynn’s technique is advanced beyond his years, but we saw his inexperience lead to pressure from a mental standpoint at times.

On the play above, the Chiefs put three players over the left guard and tackle. With the defensive tackle head-up on left guard Joe Thuney, Wynn has to take the closest threat to the quarterback out of the other two rushers. Kansas City runs a replacement pressure where the defensive back (#29) blitzes and edge rusher Flank Cark, who you would expect to rush the QB, drops into coverage. Wynn gets caught looking at Clark, and the pressure leads to a low throw by Brady. If the throw keeps Edelman on his feet, he’ll have a chance to pick up the first down or even score a touchdown.

With only 563 NFL snaps under his belt, there’s still a lot Wynn has to learn about defensive fronts and pressure packages, so each mistake serves as a learning experience moving forward.

From a physical standpoint, Wynn was impressive, blocking with terrific footwork, hand technique, and leverage to play bigger than his 6-2, 313-pound frame.

Along with traditional pass sets, Wynn’s ability to read and react to defensive line stunts and movement is advanced as well, and his quick diagnosis allows him to square up on blocks.

Here, Wynn and Thuney pass off a simple T/E stunt to perfection. Wynn feels out the rusher over him, who slants into an inside rush, and the interior rusher wraps around the penetration. From the end zone angle, we can see Wynn go through the steps of processing and clicking into the stunt, and then transitioning his weight to fit on to the next block on the wrap player.

As a run blocker, Wynn’s technique is beyond a typical first-year player, as he understands the importance of leverage and hand placement, adding to his physical explosiveness and leg drive.

In this audio breakdown, the Patriots run an outside zone scheme to Wynn’s weak side (away from the tight end), and he paves the way for an 11-yard gain by running back Sony Michel.

Along with reach blocks, Wynn is also a sound combo blocker, and he and Thuney quickly developed chemistry when they were doubling at the point of attack.

On this play, Wynn and Thuney beautifully execute a double-team to drive the B-Gap defender backward. The keys to a good double-team are splitting the defender in half, then blocking hip-to-hip with your feet in sync. The left side of the Pats OL makes it look easy, and then Wynn climbs to the linebacker at the second level to blow him back with fullback Elandon Roberts. The second block wasn’t a planned double, it’s just how things went down based on the movement of the defenders, but Wynn still fits nicely on the climb and initial combo block.

Lastly, Wynn made some impressive adjustments in the running game to make blocks that weren’t necessarily his man at the start of the play.

The Patriots sealed a victory over the Dallas Cowboys by running their wide zone play with Roberts in the backfield. Wynn engages in a double-team with tight end Ben Watson on the defensive end while Roberts kicks out the force defender on the end of the line. At the last second, Wynn sees linebacker Sean Lee sneak between him and Thuney, and he gets enough of Lee that Michel can avoid him in the backfield.

As we look ahead to next season and beyond, the question for the Pats and Wynn will be if he stays at left tackle or they move him inside to guard, where players of his stature usually end up.

On our final audio breakdown, we go in-depth on where Wynn’s height (ninth percentile) and lack of ideal tackle length hurts him in pass protection. In fairness to Wynn, he usually hides his smaller stature with aggressiveness and quick feet, but at times, it does show up.

Assuming he’s healthy, Wynn consistently shows the traits and production to be a starting left tackle for a long time; there’s no doubt in my mind he can play there at a high level.

There’s also zero indications from the team that they’re planning on moving Wynn inside.

Scarnecchia said several times that they view him as a tackle, he took every live rep in camp at tackle, and all of his regular-season snaps were at left tackle as well.

However, discussions about moving him to guard, where some see his ceiling as higher because of his build, will never stop until Wynn is playing at a Pro Bowl level at left tackle.

Although we are a ways away from that, Wynn has the potential to blossom into a Pro Bowl-caliber player wherever he plays on the line.