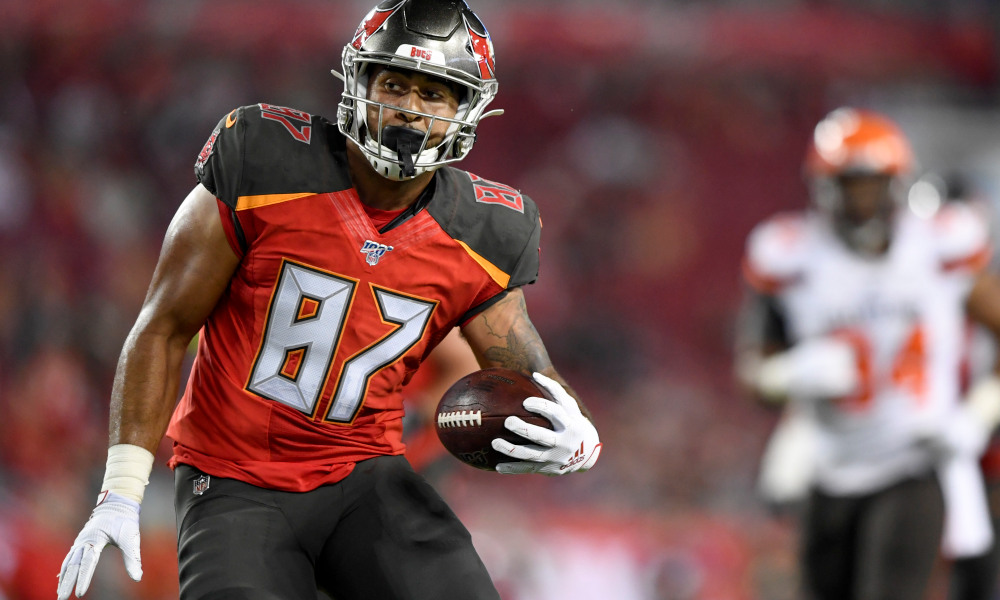 The former Jets and Bucs tight end was waived by Tampa Bay last Thursday after the team traded for Rob Gronkowski and no longer needed Leggett on the roster.

Leggett, who was a fifth-round draft choice by the Jets in 2017, missed his entire rookie season due to a knee injury. He appeared in 15 games in 2018, then spent the 2019 season with the Buccaneers, bouncing back and forth between the practice squad and active roster.

Although Leggett only has 14 career catches in three seasons, all in 2018, the former Clemson star has the size (6-5, 258) and receiving ability to be an effective move tight end in the league.

During his time at Clemson, Leggett was a legit pass-catching weapon for quarterback Deshaun Watson en route to winning the 2016 national championship over Alabama.

In 2016, Leggett caught 46 passes for 736 yards and seven touchdowns for the Tigers with great hands and is smooth after the catch to avoid tacklers in the open field. His routes need some work, as does his blocking, but he routinely snagged passes outside of his frame in college and knew how to create late separation by adjusting to the football. Leggett was also big in the clutch for the Tigers, making a key 17-yard reception on Clemson’s game-winning drive in the 2016 title game.

The new Pats tight end’s footwork and angles into his blocks are a work in progress. However, he does show some decent push off the line in his base blocks as an in-line tight end.

During the 2017 draft process, the feeling among scouts was that Leggett is best suited for a move or joker tight end role that primarily catches passes and isn’t asked to block much.

The Patriots needed a veteran tight end after Matt LaCosse decided to opt-out of the 2020 season due to the coronavirus pandemic, the eighth Patriot to do so, a league-high.

Last season, New England’s tight ends were the least productive group in the entire NFL, ranking dead-last in receptions from the position, forcing Bill Belichick to use two third-round picks on tight ends in April’s draft.