Patriots Have More Than a Special Teams Ace With Terrence Brooks 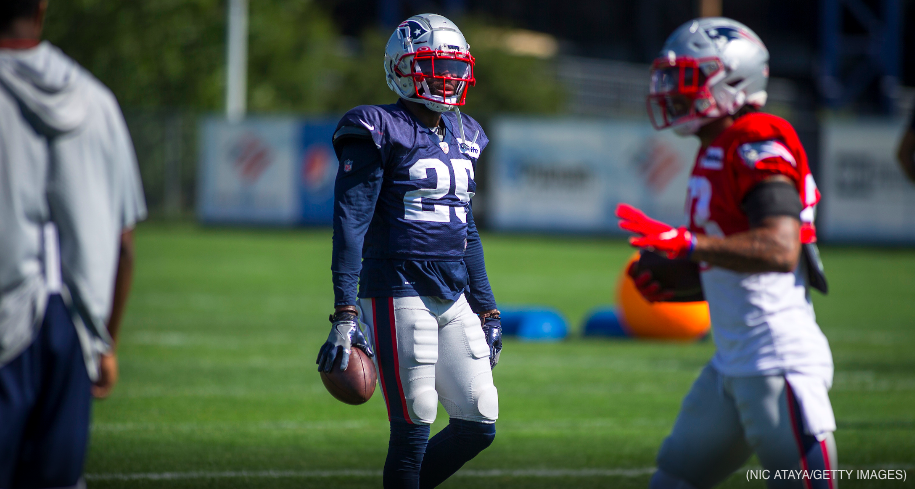 FOXBORO — the word versatility gets thrown around a lot with Bill Belichick and the Patriots.

Since he arrived in Foxboro, Belichick has always sought after players that can play multiple roles in multiple phases of the game, often blurring the lines between traditional positions.

Belichick embraces hybrid players that take on several responsibilities on offense or defense.

For example, safety Patrick Chung could find himself playing as a deep zone defender, in the slot or out wide corner and even in the box as a traditional linebacker.

At the start of free agency in March, the Patriots signed special teams ace Terrence Brooks to a two-year deal.

Listed as a safety, Brooks only played six percent (69 snaps) of the defensive snaps with the Jets last season but led the entire NFL with 390 special teams snaps.

In his career, nearly 73 percent of Brook’s snaps were on special teams.

“They kind of put the special teams label on me, and that’s fine,” Brooks told CLNS Media. “I need to go out there and execute if that’s where they need me. But if they need me on defense more, then that’s awesome too.”

After nearly a month of training camp and two preseason games, it’s clear that the Patriots don’t view Brooks as only a special teams player.

Brooks saw regular snaps in the Patriots’ starting defense during camp, mostly in place of the injured Chung, and that carried over to the games where he played 61 snaps on defense along with his special teams duties.

“Yeah, it’s awesome. It’s awesome to get that chance and that belief from the coaches,” Brooks said of the opportunity to play on defense. “I pride myself in all areas. My work is never done. I’m always out there trying to get better at every single thing, never forgetting about special teams. That’s definitely a really important phase of the game that I pride myself on.”

“As of now, I’m just trying to stack good days, and if they’re going to give me the opportunity to play more defense, that’s awesome for me.”

Brooks went on to mention that playing safety with the Patriots brings back memories of playing a similar role in the Florida State defense during his college days.

The Baltimore Ravens selected Brooks in the third round of the 2014 NFL Draft after he had five career interceptions and 11 pass breakups for the Seminoles.

“A lot of what we do here, I did in college also. How they use me in the box, put me in coverage guarding receivers and tight ends. It just feels good to get back to actually doing that. I’m getting that college feel again like back when I was playing [at Florida State]. It’s fun.”

As the snaps charting shows, the Patriots moved Brooks around the defensive backfield quite a bit in the preseason, and he was up to the challenge.

Against the Titans, Brooks came over the top a few times as a centerfielder to land a hit on the intended receiver to help break up the pass. On the play above, he combined with Keion Crossen to force the incompletion.

“Man, it’s been a while. It brought back some flashbacks, honestly,” he said when I asked him about playing as a deep safety. “I had a game in college against NC State, and it was probably the second play of the game. It was pretty much the same exact play, but I ended up getting an interception it. It kind of brought back some memories of that. When I got up, I said, ‘damn that felt good. That felt like old times.”‘

“If you look back on film, I feel like I’ve always prided myself on being that physical player. It’s just a tone I want to set out there, just to get things going. You want to have a physical safety that can do a bunch of different things, but I also pride myself on covering too.”

Later on, Brooks moved to a slot corner position and broke up a pass as an underneath zone defender.

The Patriots look for players, like Brooks, that can play multiple spots in the defense both because it’s effective and so that they can serve as backups to starters in those roles.

Although Brooks has played well, his head coach wouldn’t commit to him playing defense when the games start to count in a few weeks.

“Well, we’ve given everybody an opportunity to perform throughout training camp, in practice or in preseason games, and both. We’ll see what roles everybody has,” Belichick told me. “Some of that will depend on game plan and matchups and so forth.”

“I’m just trying to be as versatile as possible, and wherever they can put me, that’ll be cool,” Brooks said.