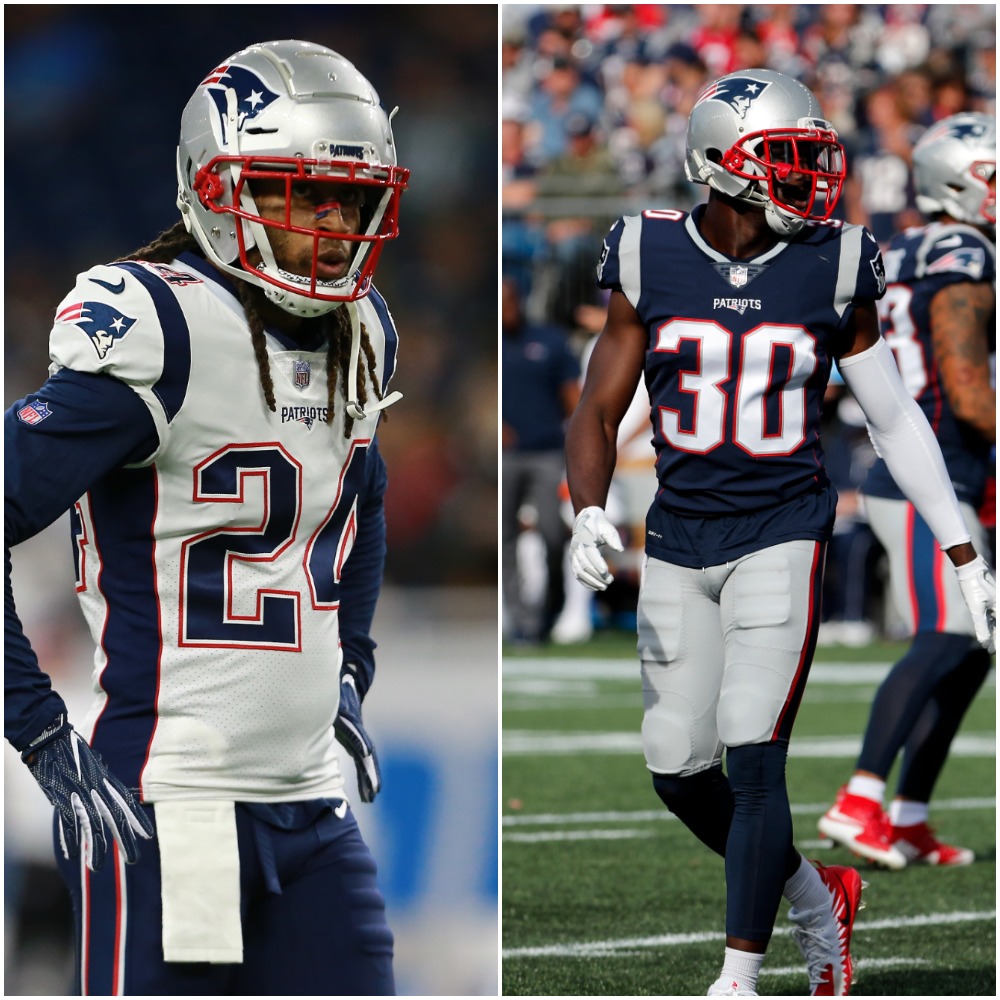 FOXBORO — Over the last three and a half games, the Patriots defense has relied heavily on veteran cornerbacks Stephon Gilmore and Jason McCourty.

Gilmore (age 28) and McCourty (age 31) have a combined 17 years of NFL experience, but the extra tread on the tires hasn’t slowed down the duo this season.

In the first five games of the season, opposing quarterbacks completed only 48 percent of their passes when targeting either McCourty or Gilmore to go along with averaging 4.9 yards per attempt and a 73.3 passer rating, according to Pro Football Focus.

And in the last two weeks, the two vets have been at the epicenter of the defensive turnaround.

Dolphins quarterback Ryan Tannehill and the Colts’ Andrew Luck completed just 39 percent of their passes into the duos coverage averaging 4.3 yards per attempt and a 52.6 passer rating.

The stats suggest that the Patriots may have found themselves a formidable one-two punch on the outside, but their experience is paying dividends for the New England defense in multiple ways.

Schematically, the knowledge from years of playing football in the NFL has allowed the Patriots’ coaching staff to make in-game adjustments knowing they’ll pick up on things quickly.

“There’s a lot of experience in that group. We can come to the sideline and change a matchup, change how we want to play a bunch formation. We can do a multitude of things with that group because they’re so experienced and because they work well together,” Patriots defensive-play caller Brian Flores said of his veteran cornerback duo. “It’s comforting for me to be able just to walk over and say, ‘Hey, look, we need to make this adjustment.’ And just talk it through for a couple of minutes, and they’ve got it. As a coach, that’s all you want.”

And for McCourty, having a veteran in Gilmore to talk through things they see on the field has helped the corner improve his game.

“I think for myself, playing in a lot of different systems we can go back and forth as cornerbacks and say ‘hey, what did get on this one? What route concept did you get on this third down? Hey, what’s are this guys releases like?’” McCourty said. “There’s just a lot of experience in there. A guy like Steph that spent most of his career in Buffalo under Rex Ryan played a ton of man-to-man coverage, so he understands reading route concepts and reading receivers releases. Just being able to communicate and talk about stuff during games has been big for both of us.”

“It’s fun,” Gilmore said. “It’s big. Guys have played a lot of football. It always helps. We just try to learn from each other and get better as a group every day.”

“Depending on the week it [the game plan] changes, so we never know what we are going to do. It’s good. Talking through it and everyone knowing what individually we like to do, and try to make plays from there.”

According to cornerbacks coach Josh Boyer, the Patriots’ elder statesmen are also helping the younger players on the defense get up to speed in a complex system.

“Guys that come to us from different places that have had numerous experiences, they can add stuff that has a benefit to the group, and I think it’s beneficial for our younger guys to hear that,” Boyer said. “Those guys have been more than willing to help out other guys with the knowledge that they’ve had playing through the league.”

Rookie cornerbacks J.C. Jackson and Keion Crossen also believe that they’re progressing quicker due to the experience around them.

“As a rookie coming in not knowing just trying to adjust to the game, with that extra help it helps boost the speed of your learning,” Crossen said. “Those guys do a great job of helping us with communication to watching the film to making sure we have everything we need to be prepared for games.”

“It’s great to have vets around me that know the game,” Jackson added. “I’ve been learning a lot from them on and off the field… it’s the small things.”

From helping the talented young corners on the roster to slowing down the talented wide receivers on opposing offenses, Jason McCourty and Stephon Gilmore are making their mark on the Patriots defense.

And although they’ve steadied the ship these last two weeks, they’ll have their biggest test of the season on Sunday when Tyreek Hill, Sammy Watkins, and the Chiefs offense come to Gillette Stadium.

Luckily for the Patriots, they have the experience, and the talent, to deploy any scheme that could slow down the top-ranked offense in the league.