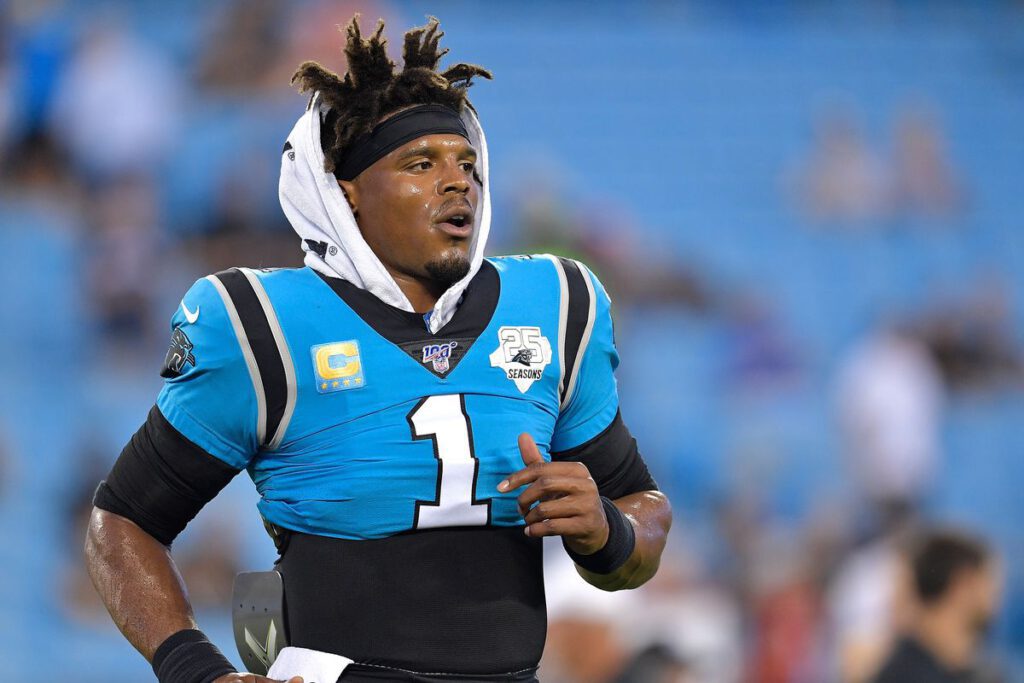 Patriots head coach Bill Belichick will have 14 padded practices and zero preseason games to get his team ready for the 2020 season.

The quandary for Belichick and offensive coordinator Josh McDaniels is if they have enough time to evolve their offensive scheme to fit the most talented quarterback on their roster, former NFL MVP Cam Newton.

Newton has all the physical advantages over Jarrett Stidham and Brian Hoyer, but those two have at least one year of experience in New England’s system, five in Hoyer’s case.

But Newton ran a similar Erhardt-Perkins system under Carolina offensive coordinator Norv Turner, and his mobility opens up a part of the playbook that didn’t exist with Tom Brady or with their other options.

Given the state of the Patriots’ supporting cast, Newton’s ability to present a legitimate threat with his legs would help the Pats offense get off the ground.

New England can go away somewhat from the precision passing attack that served them well with Brady under center. Instead, relying more on deception and winning the numbers game in the box, which will hopefully lead to less press-man coverage (N’Keal Harry says thank you, Cam).

Last season, the Patriots faced eight or more defenders in the box on 37 percent of their running plays (sixth-most), which along with a downtick in blocking effectiveness, stymied their rushing attack (15th in DVOA). Without a mobile QB, limited pass-catching options on the outside, and the usage of heavy personnel, the Patriots were at least one blocker short in the box too often.

Great example of how just the threat of Cam as a runner can lead to big plays on the ground. #Bengals scrape exchange to defend zone read. Non-mobile QB, no. 59 is filling the B-gap to meet McCaffrey in the hole (🔊 on). #Patriots RBs should be pumped about Cam.

Newton evens the count by occupying the extra defender in read-option and RPO concepts. As he does above, Carolina running back Christian McCaffery gets a massive hole due to a scrape-exchange by the defense, a typical scheme used to slow down option plays.

But again, we know Cam is the most talented quarterback in New England, but does Josh McDaniels have enough time to expand his playbook and drill it into his offense?

The best recent test-case for something like this is the Baltimore Ravens and Lamar Jackson, who went from a stationary quarterback in Joe Flacco to Jackson mid-season in 2018. The Ravens dipped their toe in all of the schemes that Jackson unearths with his athleticism, but waited until his first full year as the starter, his MVP campaign in 2019, to rewrite the option football playbook at the pro level. In theory, the Pats could do the same with Newton with a little potentially going a long way.

New England released undrafted rookies J’Mar Smith and Brian Lewerke to trim their roster down to the required 80 players since there is no time to give either practice reps.

According to our partners at BetOnline.ag, Newton is the favorite to win the starting job (-400) and Comeback Player of the Year honors in 2020.

Patriots fans might want to see what McDaniels and Belichick can do with a mobile quarterback, and they’d probably win more games this season with Newton, but time is not on their side.

Although Newton’s skill set presents an array of new possibilities, his offense in Carolina over the last two seasons allows the Patriots to keep a chunk of their playbook in place as we perviously discussed here. Norv Turner turned the Panthers offense from a high-volume deep passing attack into an intermediate passing game, and as a result, Newton had a career-low 2.55-second time to release as well as an average depth of target of 7.1 yards. Newton made on-time full-field progressions with leverage-based reads on similar option-style routes that he’d run in New England as well as a between-the-hashes play-action passing attack. With Newton attempting shorter and more timely throws, the former MVP set a career mark in completion percentage over expectation (ninth in NFL). Plus, before re-injuring his shoulder, Newton was the 11th-best quarterback in the league through 11 weeks of the 2018 season, per Pro Football Focus’s grading. If a healthy Newton can carry over his 2018 accuracy into the 2020 season, the Patriots can run their productive passing plays and implement schemes that use his athleticism as a weapon. In camp, we’ll keep a close eye on Newton’s throwing mechanics, which have plagued him in the past and led to inconsistent accuracy throughout his career. If he can stay fundamentally sound with his lower body, he has the tools to prosper under Josh McDaniels. But ultimately, it’ll come down to health and how quickly Newton can grasp the offense.

Based on his rookie camp and preseason, Stidham is a fast learner that has plenty of arm talent and was already commanding the offense with a solid understanding of his answers against NFL coverage schemes. He had a higher adjusted completion percentage than both Jimmy Garoppolo and Jacoby Brissett in their rookie preseasons and made five big-time throws last August. However, there were growing pains that we sometimes ignore in favor of hyping Stidham as Brady’s heir. Stidham held onto the ball for an average of 2.77 seconds, the second-slowest time in the NFL if he played in the regular season, and had six turnover worthy plays. During camp, Stidham needs to show improvements by getting the ball out quicker and safer than last season. If Stidham is the starter, there’s some discussion about implementing more Shanahan-like bootleg concepts and RPOs to mold the offense to his skill set. There’s upside with Stidham, but quarterbacks with his body of work don’t usually develop into long-term starters. Maybe Belichick can hit the day three QB lottery again.

The Hoyer chatter has regressed since the Newton signing after some early indications that he has a chance to start games this season. Hoyer is who he is, a career backup on the higher end of the QB2 spectrum. Mentally, he gets through his reads and makes the proper decisions on the same level as many starters in the league. Plus, Hoyer’s accuracy under 20 yards is solid, and he routinely up-staged even Brady at times in practice in terms of ball placement. However, Hoyer’s accuracy struggles over 20 yards and inability to make tight-window throws considerably limits his ceiling as a player. His familiarity with the system does give him a leg up in these wacky times, but New England’s projected win total takes a massive hit if Hoyer is the starter.  Due to the league’s COVID-19 rules, the Pats could stash Hoyer on the practice squad where he can still be a de facto coach and be there for a rainy day. Hoyer’s best chance to stick around is to mentor the other quarterbacks while serving as an emergency starter, because he’s unlikely to get very many first-team reps as the team tries to bring along Newton and Stidham.