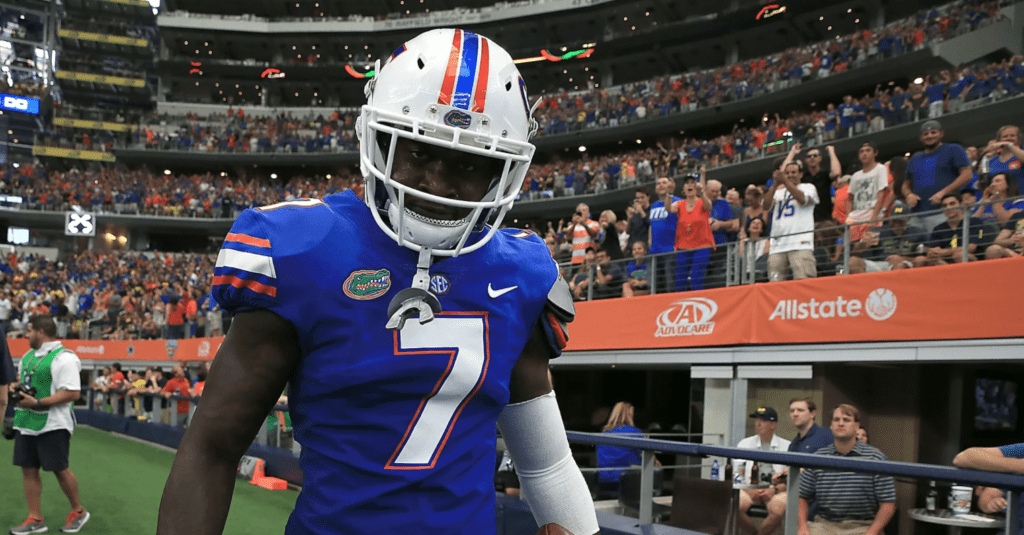 FOXBORO — After staying put on Day 1, the Patriots were wheelers and dealers on Friday in Day 2 of the 2018 NFL Draft.

The started the day by dealing their 95th overall pick (third round) to the 49ers for offensive tackle Trent Brown and the 143rd overall selection in the fifth round.

The Patriots then moved down twice by trading away their 43rd and 63rd pick in separate deals before finally trading up to the 56th pick and selecting Florida corner back Duke Dawson.

“(He was) recruited by Coach [Will] Muschamp back when Will was the head coach there at Florida, and when you really look at the Florida defensive backfield – so at the same time that Duke was there, so [Vernon] Hargreaves, [Teez] Tabor, Quincy Wilson, Marcus Maye, Keanu Neal, which all of those guys are in the league. They’re all playing. Some of them are playing a little bit more than others,” personnel director Nick Caserio said. “He has experience essentially playing three positions. He’s played safety, he’s played corner, he’s played slot corner, so a pretty versatile player. He played in the kicking game a little bit, so he has a lot of experience doing multiple things. We’ll put him in the mix with everybody else in the secondary and see how it goes.”

Dawson is the first defensive player taken after the Patriots selected Georgia’s Isaiah Wynn and Sony Michel in the first round.

Caserio explained the newfound flexibility the Patriots now have at the back end of the draft on Day 3.

“It just gives you an opportunity to pick maybe a few players that you like or that maybe you would have to compete for in rookie free agency,” Caserio said. “So, instead of having to compete with them in free agency, maybe you’d just pick the player to avoid that and/or if you wanted to move a little bit in the fourth and fifth round – I think we ended up doing that last year like we did with Conor McDermott. You know, we had two sixths. I think we took two sixths and went up into the fifth.

“So, if you’re looking up there and there’s a specific player that you have interest in and you’re sitting there going, ‘Well, he might not make it here to the sixth or seventh round.’ Like, if we like the player enough, alright, let’s go up there and get him and pick the player. Maybe he has a definitive role. I mean, some of the players that we’ve picked historically – like Matthew Slater I think was a fifth-round pick, Joe Cardona was kind of somewhere in the fifth or sixth round. So, there’s some players that may have a specific role or have an opportunity to make your team or make your roster, and then there’s some other players that maybe you want to work with, you want to get them in your program, so this gives you an opportunity to potentially do that.”