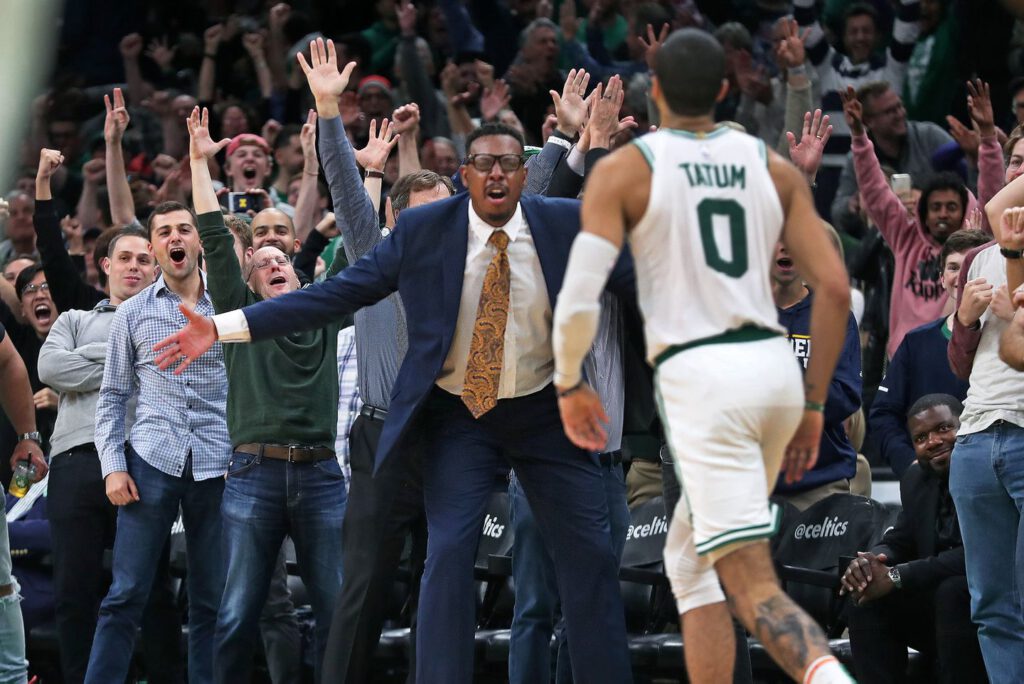 Celtics legend Paul Pierce took in Wednesday’s comeback win against the Bucks from his floor seats and cheered on his former team through it all.

Pierce was on his feet throughout most of the 19-point deficit, that was erased by the Celtics well before the start of final frame, and when Jayson Tatum drained a buzzer-beating 3-pointer to end the third quarter Pierce couldn’t help himself as he watched Tatum get back on defense directly in front of where he was seated.

“Give me five!,” Pierce yelled out, according to Tatum. “Give me Five!” Tatum laughed. “It was a great moment.”

TD Garden erupted. For Celtics fans, it was a moment to cherish.

Seeing an NBA champion like Pierce hollering all game is great but to see him embrace one of the team’s rising stars in-person is a moment Tatum says he’ll never forget.

“It was crazy,” Tatum said. “Every time he comes to games he always gives us energy. I talked to him before the game and to see somebody like him standing up, yelling, cheering.”

After a 2-of-10 first-half drought, Tatum caught fire right after halftime when he drained 4-of-6 from the floor, including three 3-pointers before the start of the fourth quarter and his final trey was the sweetest in a quarter where the Celtics outscored the Bucks, 38-18.

This was partly thanks to Pierce sending the third-year forward positive vibes while in full-blown Celtics fan mode.