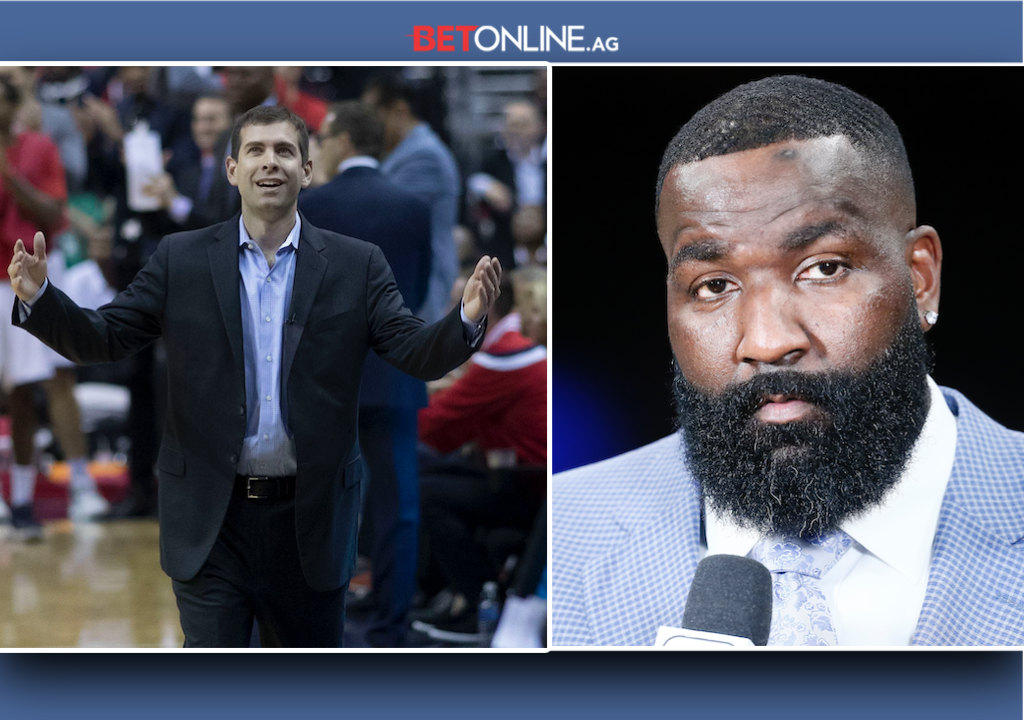 Kendrick Perkins is not calling for Brad Stevens’ job after a frustrating .500 Celtics season appears to be nearing its end in round one against the Nets. He’s criticized Boston’s coach throughout the season, and on Sunday made it clear he’s not the only one.

Perkins joined CLNS Media’s Celtics Post Game Show Overtime on the Locker Room App and said players around the NBA have said Stevens is not the appropriate coach for these Celtics. He emphasized these aren’t players in Boston’s locker room, but they’re currently playing in the NBA

The sentiment comes from the notion that Stevens does not reflect the temperament of the team. Marcus Smart, for example, if a fiery personality as opposed to Stevens’ calm and balanced approach. Perkins and other Stevens critics question whether Stevens can challenge and ramp-up Smart and the team. Boston’s defensive regression, he argued, shows the team’s attitude toward its coach.

Jeff Goodman, on last week’s Ryan & Goodman Podcast on CLNS, again pointed to Stevens’ inability in certain games to slow Smart’s shooting volume as an issue. Perkins contrasted it against the relationship Russell Westbrook and Scott Brooks share in Washington, which survived a rocky 5-15 start to allow the Wizards to make the playoffs.

“We watch what happened with the Atlanta Hawks, we watch Nate McMillan and how now we watch them all moving,” Perkins said. “Sometimes a different voice … sometimes that respect level is different … what people don’t understand is that same tenacity Russell Westbrook got, Scott Brooks got that same type of energy. People can say what they want … he’s got that same dog mentality when it comes in the film session, you can hear it in his press conference when he talks and he praises Russ.”

Perkins most recently criticized Stevens for beginning Boston’s series against Brooklyn by announcing the notion that everyone is picking the Nets to beat the Celtics. He went as far as to say he wouldn’t play for a coach who said that.

Despite the criticism of Stevens he’s sprinkled throughout the season, he said he’s not calling on Danny Ainge to fire Stevens. He only wants Stevens to reevaluate his approach after a down year and make adjustments.

“It’s just hard for me to sit back and watch a young coach not being able to relate and get the best out of two young stars and what he got night in and night out,” he said. “He do got to do some type of self evaluation, he got to switch it up. I didn’t know Boston was cool with celebrating runs to the conference finals, I thought it was all about championships?”