Petraglia: It’s Time for Red Sox to Wake Up Already 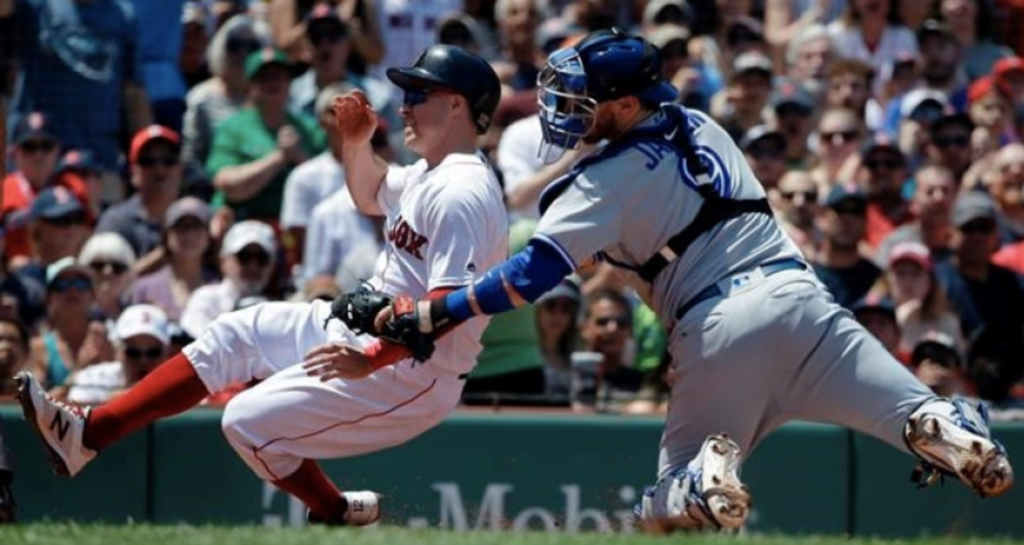 BOSTON – The Red Sox looked dead Sunday. And their manager certainly noticed it.

They lost 6-1 to the woebegone Blue Jays on Family Day at Fenway Park, where the kids were crossing home plate a lot more than the Red Sox Sunday – especially with runners in scoring position (1-for-7, 8 left on base).

They dropped 2-of-3 at home to one of the five worst teams in baseball.

“We have to get better. Look at this weekend, it showed,” Cora told me. “We stole one on Friday. We had a lead on Saturday, and they stole the game. And today, we didn’t show up. It’s disappointing, disappointing. We expect better things out of the group, and I think all around it wasn’t a good game.”

How far are they from being where they want to be – a contender?

“Eight games back. Eight games,” Cora said, noting their third-place AL East standing behind the first-place Yankees. “I think (we can surmount that). That’s how far. You know what I mean. We’re still far from where we need to be.”

“I don’t know. I’m not saying we didn’t show up (in effort) because we had runners (on base) or whatever. They were just better than us. They made pitches. It just felt that way. They made plays. They put (up) good at-bats. We were the opposite. That’s what I mean. Effort-wise, we always show up. The game, all around, they were better than us today.”

For the better part of the last three weeks, they have looked like a defending champion that was finally beginning to hit its stride over two months into their title defense.

They were easily on their way to 43-35, with a 6-1 lead entering the seventh inning Saturday.

Then their bullpen struck again. They lost 8-7, as the Blue Jays stole a game they had no business or hope of winning entering the seventh inning.

“It should be enough,” Cora said before Sunday’s game. “We still have to execute. We didn’t execute two pitches in one inning. We have to do a better job, obviously.”

Twelve blown saves and seven games lost after the seventh inning with a lead. Both major league worsts. That’s why Sunday felt like a gotta-have bounce back game, the kind of game the 2018 Red Sox had in their back pocket whenever they walked onto the field following a very rare bad loss. They were that way through the World Series in Game 3, losing that epic 18-inning game, only to win the next two and capture the World Series.

The Red Sox lost that 17-inning game in Minnesota Tuesday, only to bounce back with that 9-4 win Wednesday. There were more signs that these Red Sox were finally getting it.

“I said it in Minnesota, we still have to get better,” Cora said. “I know everyone was excited about that but as a team, there’s a lot of things we need to keep improving.”

But the Red Sox went 1-for-7 with runners in scoring position Sunday, leaving eight men on while having no answer for Marcus Stroman, a pitcher who has had his fair share of success at Fenway.

In Marcus Stroman, the Red Sox get a good look at what they could use to bolster their staff. Stroman has acknowledged that he’s on the trading block in Toronto but would the Red Sox and Dave Dombrowski have enough to pull off the trade?

Stroman, now 5-9 but with an impressive 3.04 ERA, showed Sunday exactly what the Red Sox could use. A pitcher who knows how to battle with runners on base and in scoring position. It was Stroman who took offense to Michael Chavis taking his time earlier in the season getting into the batter’s box and Chavis reached first base and put his index finger to his lips when Stroman had words. Sunday the roles were reversed.

“It’s Sunday. It’s Boston,” Stroman said, after leaving the mound fired up after six innings. “It’s Fenway, how many ever people screaming. Defending world champs. To limit that team to no runs over six (innings) is huge. It’s hard to do. I was really locked in all day. That’s just me showing emotion and passion for the game. I couldn’t care less who judges me or who says anything about it. They can all keep it quiet.”

But most of all, what the Red Sox had better figure out is how to get the job done at home. They are a stunning 18-19 in 37 games so far at Fenway Park. Last year, they were a Major League-best 57-24. They haven’t won a series at home since sweeping Seattle May 10-12. That is simply unacceptable and everyone in the Red Sox clubhouse would tell you the same.

“Yeah, it’s surprising,” said Brock Holt, who said he escaped a left hamstring pull in the second inning trying to score. “I mean you want to win most of your games at home and we haven’t been able to do that. I don’t know the reason why but yeah, we have to do a better job here at Fenway Park, for sure.”

“I don’t know. Usually, we play pretty damn well here, and this year hasn’t been the case,” added Sunday’s losing pitcher Rick Porcello, who pitches again Saturday in London vs. the Yankees. “It’s not like you go into different ball parks or play at home and your game plan changes or anything like that. I think we have kind of the same focus and same game plan wherever we are but for whatever reason, we haven’t done a good job at home and we need to take back that advantage. This is a different ball park here and it’s tough for teams to play in and learn the different nooks and crannies here. We haven’t been taking advantage of that and we need to start to.”