Petraglia: Kyrie Irving Just Might Be The Most Important Player In NBA Playoffs 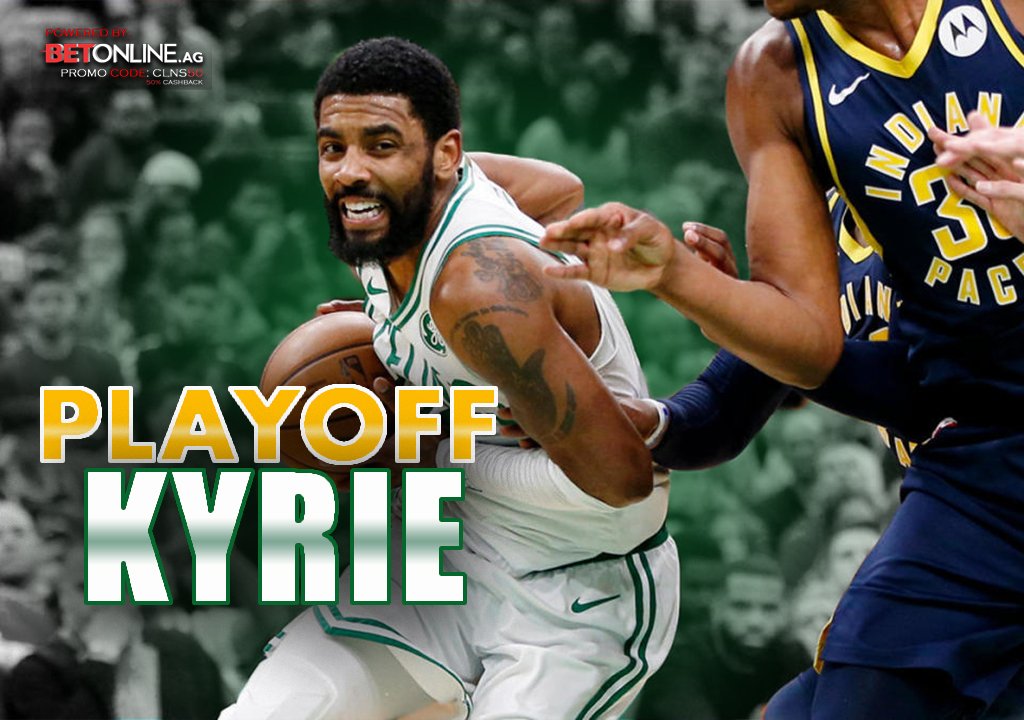 BOSTON — Go ahead, Celtics. Let Kryie Irving do it all. Let him score 37 of your 99 points every single game.

There’s no guilt, no shame, no worries. Lean on the superstar guard hard because this is why Danny Ainge traded for him in the summer of 2017.

What the superstar point guard did Wednesday night in a 99-91 win over the Indiana Pacers is exactly what the Celtics are going to need throughout the playoffs if they are to make it through the landmines that await in Milwaukee and Toronto, assuming they handle Indiana two more times. And they should.

“I think we did enough to win and they did enough to win as well in certain instances of the game,” Irving said. “We made some big time plays on the defensive end; getting defensive rebounds, making them miss. Just staying aggressive and staying poised down the stretch. I think we utilized some of our go-to plays down the stretch, who we wanted to attack and we executed very well. Where guys were not necessarily dependent on taking those mid-range shots but attacking the basket and trying to make plays within the play and it worked.”

The Celtics looked dead in the water, down 82-70, in the fourth quarter. They were a team ready to hand the Pacers a road gift at TD Garden. The Celtics, thanks to clutch minutes from Terry Rozier, closed the gap to 82-78. But the rally stalled a bit.

Then Irving hit consecutive threes – including a pull-up triple from 26 feet – and the Garden crowd exploded in euphoria. That’s what happens when you have the best playmaking shooting guard in the game. His three with 5:26 left gave Boston the lead at 84-82 and forced a Nate McMillan timeout. His jumper 45 seconds later put the Celtics up, 86-82 and capped the run at 16-0.

“Well first of all, Kyrie was incredible in coming back and when he gets on a run like that, he’s going to draw even more attention than he already draws – which is as much as anybody draws in the league,” Brad Stevens said. “And so, in the last couple minutes of the game, he just made the right play. He got off the ball and he drew two and other guys made plays.”

“They put the ball in Kyrie’s hands,” said Indiana’s Thaddeus Young. “As you can see, he had 37 tonight. When they put the ball in that guy’s hands, he makes things happen, he made some tough shots and I think that was the ending factor for us. He was making shots and they were playing defense and we weren’t able to make shots.”

In making 15 of 26 shots, including 6-for-10 from 3-point land, he scored 37 points in 39 minutes, chipping in with seven assists and six rebounds, with a steal and two blocks for good measure. It was a glimpse of why he might be the single-most important player to his team in the playoffs.

“That’s what’s going to get you wins in these playoffs. It’s not so much about the talent, not so much about always executing the right way. It’s just about doing the little things in the time when it’s needed in the game. I think we did that. We just have to stay consistent. There are definitely some mistakes that we can get better at, things we can improve on going into Game 3 at their place.”