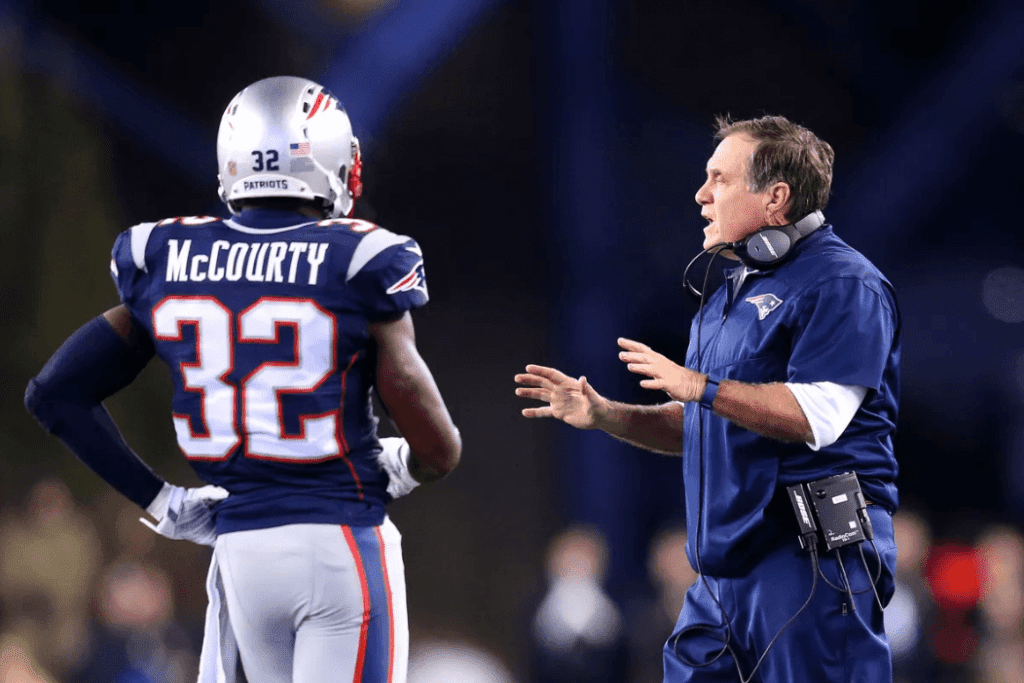 Every so often Bill Belichick offers up a press conference that provides a window into his football soul.

Friday was one of those days.

We learned that the first football game Bill Belichick ever recalls watching was the Army-Navy game in 1959 when he was seven. We learned that his son Steve really wanted to follow in his footsteps watching him help Bill Parcells coach the Patriots in Super Bowl XXXI against the Packers. And we learned what Belichick really looks for in leaders on his team.

In talking about the Army-Navy games and the leadership impact veterans like Patriots 2018 Walter Payton Man of the Year nominee Devin McCourty have had on not just the team but the community, the Patriots head coach of the last 19 seasons essentially outlined nearly every trait he looks for in his ideal player.

“He’s so deserving of that recognition from our team,” Belichick said. “You know, Devin’s just a tremendous person, team captain pretty much ever since he got here – second year – has been a great player for us, great leader for us, very unselfish with his time, great example for younger players, just does everything right.

Belichick saw leadership qualities when McCourty was at Rutgers, coming out in 2010, a year after his twin Jason. McCourty was named a Patriots captain in his second year, sensing a degree of maturity that you don’t often see with younger players.

“I think that’s why the team recognized it,” Belichick said of the players voting McCourty a captain in 2011. “[Jerod] Mayo was in that category. I think Logan, it might have been his third year. But it’s pretty special to come on to – which those were veteran teams, too, at that time. It wasn’t like a startup operation. To be recognized by the team that quickly of their presence, leadership and team commitment I would say – unselfishness and team commitment – it probably takes at least a year to do that, in some cases a lot longer.

“Those guys did it. Devin did it in a year and rightfully so. I’m sure the coaches would have all voted for him, too. We all saw it and the team recognized it. Certainly, [Matthew] Slater, it took a little bit longer, but same type of thing. I mean, look, you’re lucky to have one guy like that, and we’ve had a lot of them around here. But, it’s a great recognition for him.”

When Belichick says “you’re lucky to have one” true leader on your team, he’s not wrong. When he says the Patriots are fortunate to have had several, he’s not telling the whole truth.

The truth is that he and his staff go out of their way to bring on board, whether it be through the draft, free agency or trade, the kind of player they feel will grow into that role in New England. Belichick often notes a player’s leadership qualities in college, pointing to the fact that – before landing on injured reserve – linebacker Ja’Whaun Bentley was a captain at Purdue.

McCourty is equal parts safety, teacher and court jester inside the Patriots locker room, serving as captain and tone-setter.

“I think that’s part of leadership, part of that job,” Belichick said. “Yeah, absolutely, whether it’s in the locker room, in the weight room. You know, there’s moments to be light, and there’s moments not to be light, and those guys always seem to do a good job of picking the right ones and timing and their relationship with all the players, not just the guys in their group, but the other guys on their side of the ball, the other guys on the other side of the ball – not just, I’d say, the players in their age group, but also younger players or call it players more in the middle of their career.”

Making sure his teams have enough leaders has always been a priority with Belichick, even in his days in Cleveland, when he brought in Vinny Testaverde, Pepper Johnson and Everson Walls to go along with one of his favorites, Clay Matthews. Turning the room over to leaders is what he did in 2000 and ’01 to make sure everyone stayed in line. No one was messing with Bryan Cox or Willie McGinest.

When you have a multitude of those types in your locker room and meeting rooms, you’ve have a lot more leeway in bringing the Josh Gordon types, who need direction from fellow teammates, in addition to the support that other non-playing personnel in the organization are providing.

“They’ve lived through those different times and can relate to those guys and do a good job of it,” Belichick noted. “Look, a lot of those conversations take place in the training room, they take place on the team plane, they take place in the weight room, might take place on the practice field in between periods or something like that. There’s no real formula or price tag you can put on those, but cumulatively, they all add up and they all count and they all mean a lot. That’s how teams are built. But, certainly players like that, like Devin, are important to either hold things together or bring things together, however you want to look at it.”

Belichick will no doubt spend time Saturday, in between final preparations for the Dolphins in Miami, watching the 119th meeting between Army and Navy. No one instilled leadership in Belichick like his father Steve, a long-time coach with Navy.

“I’m probably like a lot of kids,” Belichick recalled. “I followed my dad around, went to practice and I was an only child, so did it at a young age and always sort of looked up to the coaches and players at the Naval Academy, and certainly there was a lot to look up to there. There was a lot of great, great people that wore those uniforms, both on the coaching staff and players that have gone on to serve our country and dedicate their lives to our freedom and have the great leadership that we need in this country.

“And many great coaches have sat in those seats, too, from head coaches to assistant coaches – guys like Lee Corso and Coach Rozano, Coach Hardin, Ernie Jorge, Dick Duden, Jack Cloud. I mean, it’s a long list of people that have really had a big impression and impact on me. So, yeah, they didn’t know they were teaching it to me, but I was somehow learning it, I guess.”

From Joe Bellino’s three-touchdown game in ’59 to Roger Staubach’s performance in his sophomore year of 1962 to the game after President John Kennedy’s assassination a year later when Staubach won the Heisman, Belichick struck a definitive emotional tone, recalling all of the powerful and poignant memories he had of the game and how it served as a cultural and personal guidepost early in his life.

“President Kennedy was at that (1962) game, so he sat kind of right in front of us,” Belichick recalled. “Actually, when he was walking across the field, the guy ran through the thing and almost tackled him. I mean, it was crazy. The next year was of course the game was postponed a week after President [John F.] Kennedy was assassinated, and that was the game where Navy stopped Army on the 4-yard line, went to the Cotton Bowl. So, those are pretty memorable games. The ‘67 game – [John] Cartwright. Yeah, I remember a lot of them. Joe Bellino’s three-touchdown game in ’59 – that’s really the first game I remember. The first game I ever remember watching was the ‘59 Army-Navy game.”

“I was at home,” Belichick said. “Then I started going to the games after that. But, that one, I was with the babysitter watching at home. Yeah, so those are great memories. It’s a tremendous week there with just the spirit of the week and the pep rally Thursday night and the sendoff for the team on Friday, and then coming back and the victory bell on Sunday after they won. And, honestly, that kind of set the tone for the whole rest of the year. So, when you live in that world, that’s the world you’re living in. I don’t want to say it’s a one-game season, but in some respects, it really is.”