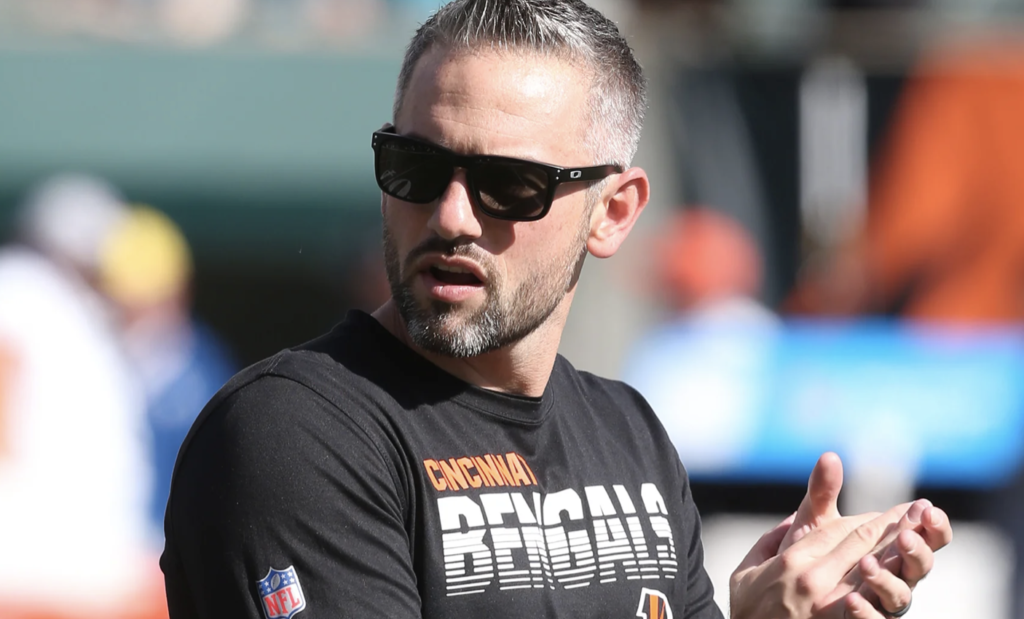 LOS ANGELES — He came to prominence this season for the Jeopardy! games that he would orchestrate to test and prepare Joe Burrow for the increased competition in his second season in the NFL and his first full slate of games as a pro quarterback.

But Dan Pitcher has meant a lot more to the Bengals and their franchise quarterback than just an imitation of the late, great Alex Trebec.

After Alex Van Pelt left, Pitcher was promoted to quarterbacks coach for the 2020 season.

But it wasn’t until this season – Joe Burrow’s breakout in the NFL – that Pitcher, already with huge responsibilities in the Bengals system, began to really garner widespread attention.

Pitcher knew he had something special to work with when he met Burrow in 2020 and Burrow first showed off his photographic memory of his plays on film from his LSU days. It was up to Pitcher and Zac Taylor to find a way to help the already highly accomplished Burrow reach the next level in the NFL.

“You know, I think, as a rookie there were times where I tried to push him in the direction of maybe ‘Ok, give us a little more feedback or maybe give your teammates a little more feedback here or there,’ and that’s a delicate line to kind of walk as a young player because you want to keep your head down and protect that persona of ‘Hey, I’m just here to do my job’ but then as your role grows and it becomes such a large part of what we do, it’s incumbent on you to really grab that leadership part of the job,” Pitcher told me Tuesday.

Pitcher has always felt comfortable with his give and take with the Bengals QB.

“In terms of my relationship with Joe, in my mind, it’s an ideal player-coach relationship,” Pitcher said. “It’s one of mutual trust, respect. I view it as a partnership. I need to provide Joe with information that’s going to help him be better at his job and then he needs to have an open line of communication with me so that we’re always on the same page. I think we have that. He’s a pleasure to work with. He has every trait that you would want from a starting quarterback in this league and I’m fortunate to have him.”

In working with one of the most gifted young quarterbacks in the game, Pitcher has worked closely with offensive coordinator Brian Callahan and head coach Zac Taylor, who held Pitcher’s job when Taylor was last in the the Super Bowl three years ago under Rams head coach Sean McVay.

As much as Burrow has grown from the first half of this season to now, Pitcher has seen even more growth from his injury-shortened 2020 campaign. Burrow has led the Bengals to the Super Bowl, becoming the youngest No. 1 overall pick to reach the big game.

In drafting Ja’Marr Chase fifth overall in the last draft to add to Tyler Boyd and Tee Higgins, Pitcher knew Burrow had the weapons he needed to raise the Bengals offense from below average to one of the better big-play units in the game. And while the points have always been there, the big plays have come at big moments in close wins over the Raiders, Titans and Chiefs in the playoffs.

“Just as a player from year one to year two, he’s made strides,” Pitcher said. “Obviously, we’ve been a much more explosive offense this year. A lot of that credit goes to our playmakers who are making plays downfield consistently but a lot of that credit should also go to Joe.

“I know that was something he had done so well in college. Last year, for whatever reason, we just didn’t have a ton of explosive plays in the pass game, so that was a point of emphasis, and our efforts have been rewarded there, in particular Joe’s and the playmakers.”

Pitcher, Burrow and the Bengals face final Jeopardy on Sunday and no doubt, Pitcher will have Burrow and company ready for any category.

The Making Of Bengals Championship Leaders In Offseason Practices and OTAs

Patriots Mailbag: What Would Transition to Shanahan Style-Offense Look Like For Patriots?