The Celtics beat the Raptors without Jayson Tatum, Marcus Smart and Robert Williams in the second half, a sign they could rest or even alter the roster. 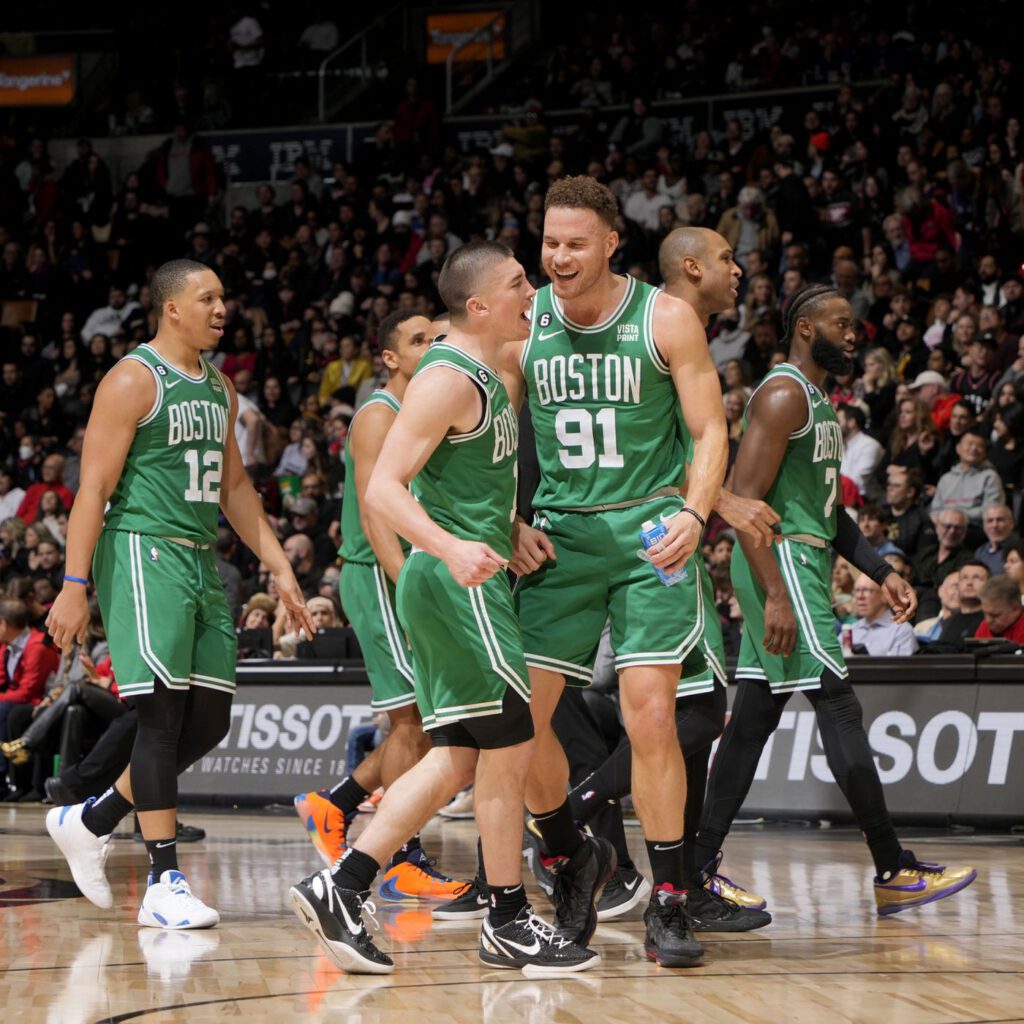 Payton Pritchard already absorbed some minutes Jayson Tatum vacated on a management night for his sore left wrist in Toronto. Then, Robert Williams III collided with Jaylen Brown two minutes into the game and eventually exited after playing 15. Marcus Smart left the game unable to place weight on his right leg shortly before halftime. Derrick White hurt himself in the second half driving into Pascal Siakam.

Pritchard went from a DNP-CD against Golden State to a closing guard in a one-possession win over the Raptors, rallying from down by 11 points to win a ninth straight game that easily would’ve been excused as a loss, similar to their last meeting, where Blake Griffin started in a back-to-back following a battle Brooklyn. Pritchard scored nine points in six minutes to start the fourth quarter this time, and hit the game-winner from deep with 1:30 remaining to finish 4-for-6 from three with a steal and assist.

“You gotta be able to knock down shots, make a play,” Pritchard told CLNS Media earlier this month in Brooklyn after discussing his role pre-game. “Make a play when they swing it. Everybody’s trying to work on every aspect of their game, but I think everybody should work on off-ball, because that’s what elite teams do. That’s why the Warriors were so successful for so many years, because players could play off each other.”

That interchangeability shined starting after halftime when Luke Kornet, who took averaged a 12-minute role in five prior games, filled in next to Al Horford and held the line with +0 by grabbing four rebounds, hitting a put back and blocking Precious Achiuwa. Griffin, playing substantive minutes for the first time since Dec. 13, drew a charge on Siakam and blocked Chris Boucher while Pritchard pulled the Celtics ahead.

Grant Williams shook off a third quarter drought by drawing four free throws in the final minute to keep the Celtics close while Siakam shot past Celtics defenders in the paint and Achiuwa jawed with Boston’s bench after a step-back corner three. Williams scored 18 points in 16 minutes in the first half to uplift the Celtics’ offense after they scored only 12 points in the first nine minutes without Tatum.

Malcolm Brogdon hit a three, mid-ranger and pair of free throws to limit the deficit to single-digits for the rest of the game. He played almost 35 minutes again, scoring 23 points on 8-of-16 shooting after averaging 23.8 minutes per game prior to the Golden State win. Joe Mazzulla managed his minutes and Brogdon trusted he’d ramp him up when needed. That became necessary this week when the Celtics needed spacing late against the Warriors and second half minutes when White exited in Toronto with a knee injury four minutes into the fourth.

“Every guy on the team has a next man up mentality,” Grant said to reporters (via NBCSB). “We knew, being one of the deepest teams in the league, that we were going to be prepared to play, and guys really stepped up, Payton, Luke, Blake, in the minutes that they played, were phenomenal. Malcolm did a great job. Even just the guys that were consistent, Al made big time plays down in the stretch. We were fortunate enough to get this win and we’ll have to do it again, because who knows what we’ll have for the Orlando game.”

Brown, playing in his second game back from adductor tightness, scored 27 points, grabbed eight rebounds and dished six assists in an off shooting night. His presence gives Boston a chance to win when Tatum rests, which could become necessary as he manages left wrist and multiple finger injuries. The Celtics won three straight games without Brown against Brooklyn and Charlotte behind Tatum’s play. Brown scored 36 points to beat Washington while Tatum sat in November and nearly pulled off a late comeback against Orlando last month.

Pritchard struggled initially with the demotion after Brogdon arrived in July, but signing old friend Blake Griffin helped him manage and prepare for opportunities when they emerged. He averaged 10.0 points per game on 50% three-point shooting in wins over Denver, Detroit, Oklahoma and Atlanta while Smart and Brogdon battled injuries in November. He scored nine points in 14 minutes at Brooklyn this month while Brown sat.

Multiple reports indicated growing interest from teams, including the Warriors, to acquire the third-year guard, who’s extension-eligible this summer and signed for $4.0-million next season. The Celtics value his ability to step in for Smart, Brogdon and Brown in case of injury, and offloading him would mean promoting 19-year-0ld J.D. Davison from Maine without any NBA experience or finding an unknown outside contributor.

It’s less dilemma and more potential opportunity, though any worthwhile deal to upgrade the back end of the roster would require stacking multiple contracts beyond Pritchard’s $2.2-million salary. He’s a luxury almost no other team holds that deep in their rotation, Pritchard having played in two postseasons and the NBA Finals, playing above his height on defense and shooting threes reliably despite entering Saturday hitting 32.9% 3PT.

The Celtics, excluding Justin Jackson, featured 14 players contributing productive minutes through the first half. Sam Hauser notably lost his playing time against the Warriors and Raptors amid his shooting slump, raising questions about how many of these players could productively contribute in the playoffs. Based on the regular season so far though, Boston could sustain an injury to a guard or big man for a game or two, and find a way to win a playoff game in different combinations.

Similar to how the Bucks won the 2021 east finals without Giannis Antetokounmpo. As Brooklyn, Miami, Philadelphia and Milwaukee showed for different parts of this year though, their outlook would look bleak down a starter, never mind a star. Mazzulla told reporters in Toronto that Smart (ankle) is day-to-day, with Williams III (knee) and White (knee) expected to be alright, though he hadn’t received a medical report.

They play Orlando and Miami in back-to-backs on Monday and Tuesday, where Williams III and Horford, who ran down the tunnel following the game-winning steal on Saturday, will inevitably sit out of one game each.