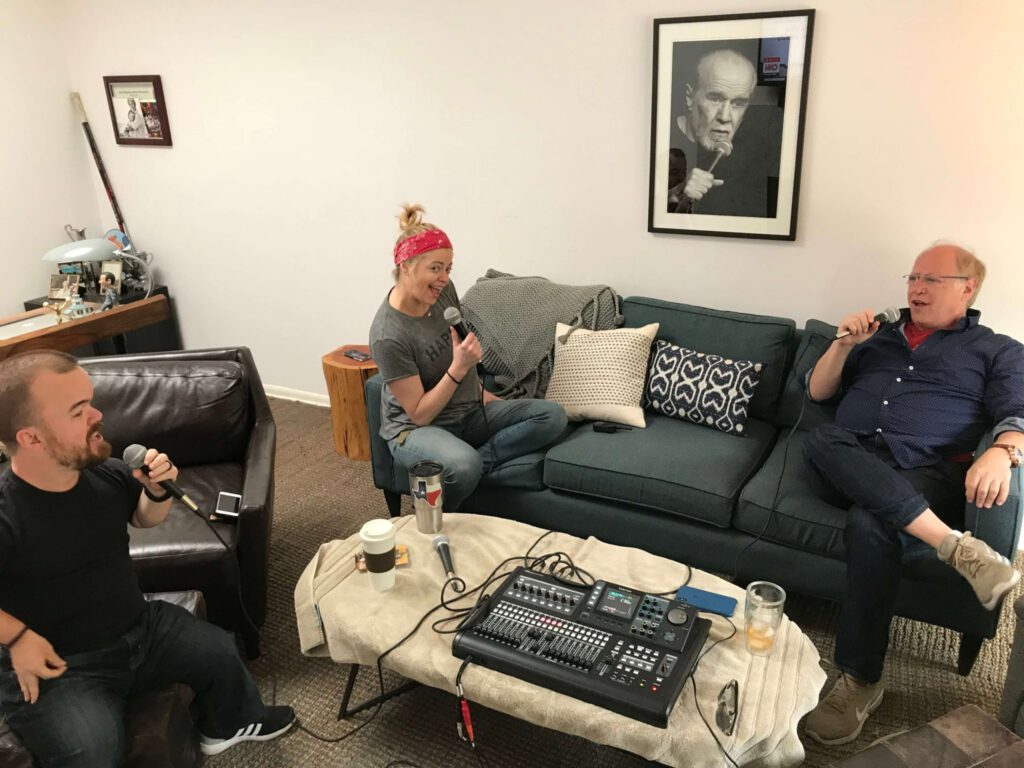 BOSTON — The Doin It Podcast is now available for immediate download on the CLNS Media Network mobile app.  Hosted by Modern Family Executive Producer, Danny Zuker and world-renowned comedian Jenny Johnson, their celebrity friends join each broadcast to talk, drink and laugh all while providing an insider view to a side of Hollywood almost never discussed.

“Few in Hollywood and the entertainment industry have accomplishments that currently match that of Danny and Jenny,” said CLNS Media’s CCO, Tommy White.  “As their wide audience is aware of, listening to their production is not just remarkably entertaining, but such a unique, enjoyable and informative experience into the world of show business.”

“We’re so excited for this relationship with CLNS Media Network,” said Zuker and Johnson in a joint statement through their producer, Guy Opochinski.  “We definitely look forward to sharing our show with an even larger audience.”

Never shy nor afraid of controversy, Doin It Podcast episodes have also frequented the headlines of current events.  Zuker himself has been noted for numerous Twitter spats with President Donald Trump over the last many years that has culminated in Trump’s much publicized blocking of Zuker on Twitter.

Hi, @Jack! Hey sorry to bother you but one of your users is in violation of a federal ruling. His twitter handle is @realdonaldtrump. Could you have @TwitterSupport take care of this? Thanks so much! pic.twitter.com/SFd6lz35cu

Doin It will be available every Wednesday and is now available for download on iTunes, Stitcher, Soundcloud and the CLNS Media Network mobile app.  Follow Danny on Twitter @DannyZuker and Jenny Johnson @JennyJohnsonHi5