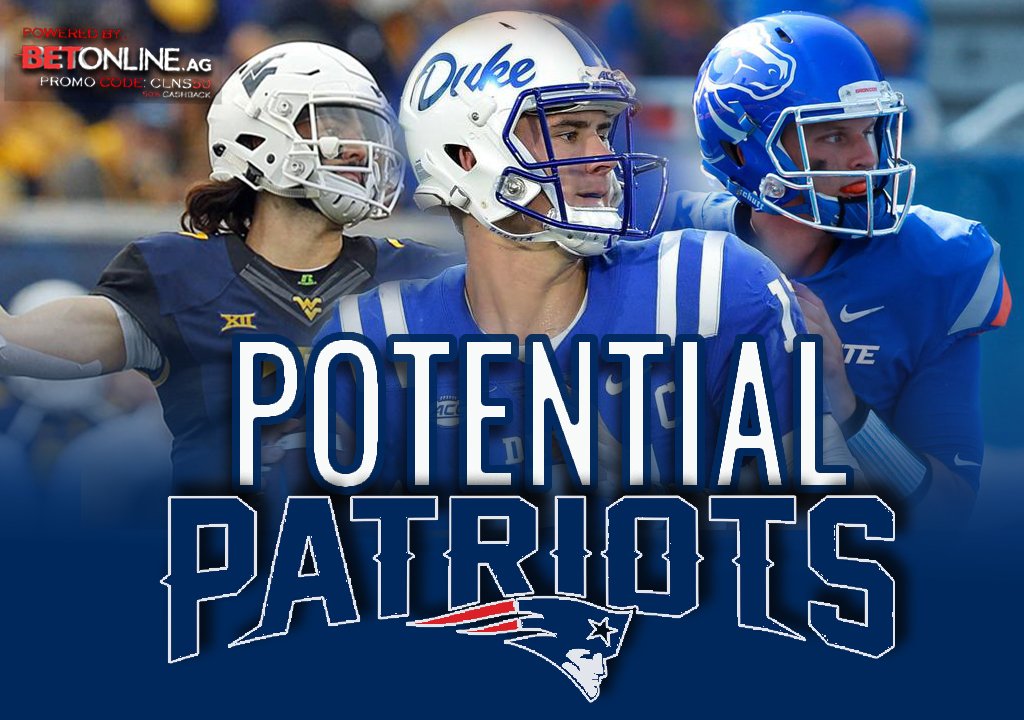 The NFL Scouting Combine kicks off at Lucas Oil Stadium in Indianapolis this week with on-field drills beginning on Thursday.

Armed with 12 selections in April’s draft, the Patriots have an opportunity to add plenty of youth to a mostly veteran roster.

One of the position groups that’s certain to bring heavy intriguing around the team over the next few off-seasons is the quarterback position.

As we know, Tom Brady isn’t getting any younger, and will turn 42 years old this August before the 2019 season begins.

At the combine, the biggest thing to look for from a Patriots perspective with the quarterbacks is throw velocity.

In the past, Bill Belichick and the Pats haven’t selected quarterbacks that fall below the 56 MPH threshold early in the draft.

Both Jimmy Garoppolo and Jacoby Brissett registered 56 MPH throws on the radar gun when they threw in Indy.

With that in mind, here are three quarterback names to watch this week that are potential successors to Brady:

The #Patriots will be linked to #Duke QB Daniel Jones throughout the draft process mainly because of his playing style. He is at his best in the quick passing game. Nothing sexy about it but he knows where to go with the ball and gets it out quickly. pic.twitter.com/oBZpmRaMcn

Most media scouts expect Jones to be a first-round pick. That’s a little high for me, but he does have above-average athleticism for the position and a strong lower half with sound footwork in the pocket. From a Patriots lens, Jones is at his best in the quick passing game, getting the ball out quickly and using pre-snap information to pick on matchups or holes in zone coverage. With Tom Brady’s age and Jones’ skill set, you’ll see him mocked to the Patriots at the end of the first round frequently.

Many Patriots fans fell in love with Grier during the college football season. He’s a quick processor that elevates his game in the big moments making clutch throw after clutch throw for the Mountaineers last season. He also throws one of the most catchable balls in the class with great touch, anticipation and downfield ball placement.

However, I have a few doubts about Grier’s fit with the Patriots. First, and this goes for all quarterbacks, I’m not sure he has the arm strength to be considered for New England on day two of the draft. We’ll see if Grier can get to 56 MPH, and what will help him is fixing his throwing mechanics. The Patriots love quarterbacks with quick releases and signal callers that generate velocity from their lower half and core as they should. Grier isn’t there yet. His release is long and deliberate, and he doesn’t use his legs to generate zip on his throws. We’ll also see if he has cleaned those things up in Indy.

#BoiseState QB Brett Rypien is my pick for the #Patriots in this draft. Good IQ, flawless throwing mechanics. Understands that he has 1v1 on the perimeter and is willing to take his shot. Lower half is always in-sync with his upper body. Compact and quick release. All there. pic.twitter.com/heMysCHjrd

The early favorite from this perspective to be the pick if the Patriots do select a quarterback early in this year’s draft. Rypien has excellent throwing mechanics with a quick release and feet that are in-sync with his upper body. He makes some of the best downfield throws in this class spotting tight windows with excellent ball placement, and he already reads the field at a high level. Out of all the non-first tier quarterbacks, Rypien’s understanding of safety rotations and where the weak spots are in certain coverages is beyond what Grier or Jones bring to the table.

Rypien still needs to improve his pocket awareness as he sometimes fails to sense pressure, but he’s a skilled passer. Like Grier, he’ll have to prove that his arm strength is above the Patriots’ threshold and the measurements will be big on Rypien as well who’s a bit undersized for the position.

To find more information on these prospects including individual film threads here are all my grades so far in an easy to read spreadsheet format: