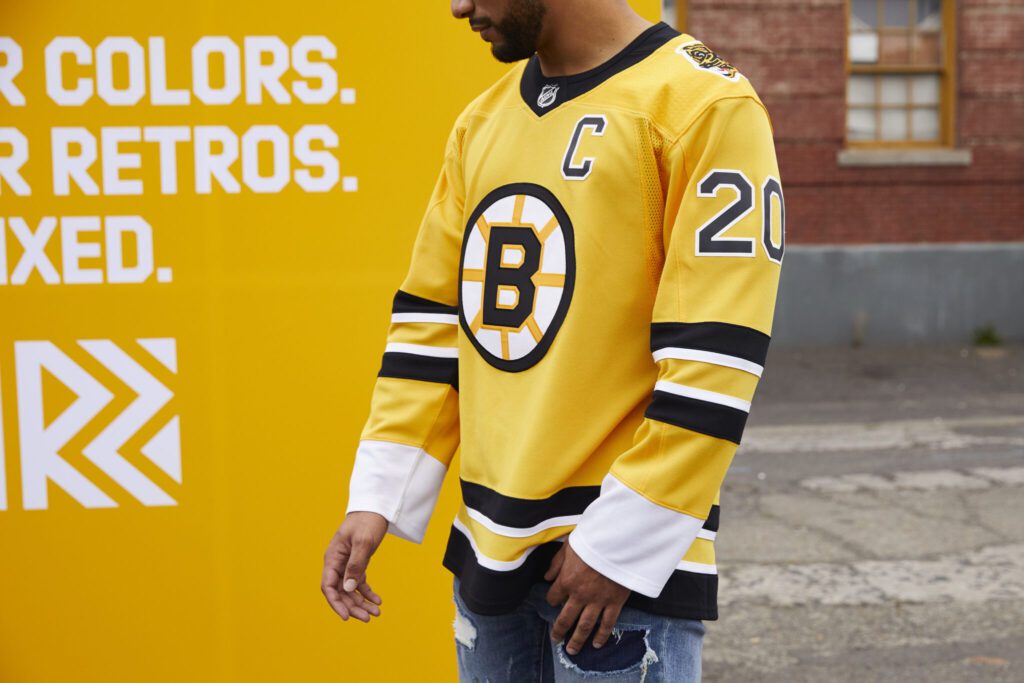 It’s finally here and it’s pretty much what we expected.

The NHL and Adidas released the Reverse Retro jerseys for all 31 teams in what has been a highly anticipated reveal.

After long speculation, the Bruins confirmed their new sweaters would be a throwback to the early 1990s and on Monday, we got a glimpse of what that would look like.

These jerseys will be worn by the Bruins in multiple games and in rivalry matchups, both old and new, according to the NHL.

Thoughts on the jersey

The Bruins hit a home run with these sweaters.

From the start, throwing it back to the late 1980s, early 1990s with these jerseys was the right move. Over the past 13 years, the Bruins have had many different jerseys with designs from their earliest days. All of their alternates and Winter Classic jerseys have been based on designs pre-1970.

It was clearly time for a change in the alternates, and they made the right call using this era for the first time. This might make some of you feel very old, but 1990 was 30 years ago, which puts it in “throwback territory”.

The main difference between this current Reverse Retro and the initial jersey it was based on is the primary color. The shade of yellow actually looks really nice with everything else. The last time the Bruins had yellow as the base color on a jersey was for the 2010 Winter Classic. Before that: the Pooh Bear jersey.

The jersey unveiled Monday is way better than those pesky, terrible Pooh Bears. Those sweaters are one of the most controversial Bruins topics of the past 15 years. Boston made the right call in passing up on designing the Reverse Retros after ole Pooh.

As good as the Bruins new jersey is, it’s not in the Top 5 of the 31 revealed. There were some really, really good ones that the league took a chance on and got very right. I wouldn’t say the Bruins took much of a leap with their Reverse Retros.

This is actually a really simple design, but what makes this jersey so great is the green. The Devils have had small doses of green on their uniforms in previous seasons, but never green as the primary color on a jersey.

They better wear these for the entire month of December when there’s a full season.

Judging off the reaction from Rangers fans on Twitter, most wanted the Liberty logo to make a return. What would’ve made this jersey better was a bit more of a design on the rest of the sweater.

Still, bringing back the Liberty jerseys is enough to put this in the Top 5.

Hitting the ice in 2021. pic.twitter.com/uamn5faXQC

The Kings have had purple jerseys at different points throughout their history, but these are ridiculously clean and simple. The shade of purple mixed with the late 1980s, early 1990s logo is a perfect match.

Another great part of the sweater: the yellow collar. That yellow collar around the neck completes this jersey.

The Canadiens' adidas #ReverseRetro jersey is inspired by the color that marked the team's first sweater in 1909.

So this choice comes out of left field. I haven’t seen many people talking about these on Twitter, and I don’t understand why. These are perfect.

Part of why the Habs rank so high in this is because when it comes to making cool, outside-the-box jerseys, Original Six squads like the Canadiens and Red Wings have it tough. Their logos are really hard to morph into different designs on a jersey.

But Montreal nailed it on this one with the primary color being blue and the red in the middle. This will be the most underrated sweater of the Reverse Retros, but it shouldn’t. These are classic.

Our past, our present, remixed for Avs Faithful.

This was obviously going to be No. 1. The Nordiques logo mixed with the Avalanche colors make for a great blend and a great Reverse Retro. It’s the first time the Avs will wear a Nordiques logo on their jerseys since they relocated from Quebec City.

Not only will this jersey be great to watch on the ice, but I’d imagine it will also get people talking about putting a hockey team back in Quebec City.