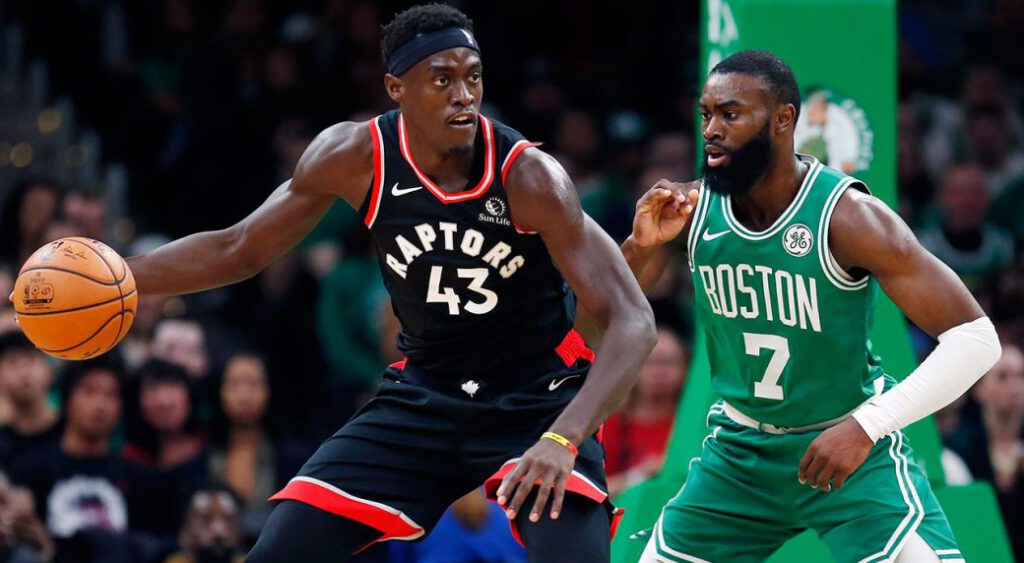 When CLNS Media imagined the Celtics’ season before the NBA dreamed of a bubble, the Raptors and Celtics’ race for the two seed entered focus. In reality, that race hardly exists, as the Raptors stormed to three straight wins over the Lakers, Heat and Magic by an average of nine points.

The online sportsbook  BetOnline.ag  expects that trend to continue on Friday at 9 p.m. EST. As of 12 p.m., they offered the Raptors (-110) as 2-point favorites over the Celtics (+110), who enter off a 149-point drubbing of the Nets. That offensive performance alone would’ve dug a large share out of Friday’s 220.5 over-under.

Patrick McCaw remains out for the Raptors, while Kemba Walker returns for Boston and should be able to clock in at least 30 minutes as his minutes restriction ticks upward. Boston took two of the previous three meetings, which all occurred in the first two months of the season in 2019.

Jayson Tatum, Jaylen Brown and Walker all scored 20 points in the second game of the season in 112-106 win. On Christmas, the C’s throttled a Raptors squad without Pascal Siakam behind Jayson Tatum’s 30 points. Toronto handed Boston a worse loss before the new year, 113-97, behind Kyle Lowry’s 30.

Lowry rolled into the restart with 33 points against the Lakers while Siakam is averaging 17.3 points and 7.0 rebounds across three games. Marc Gasol also returned to health, making Toronto a higher-caliber threat for the same reasons the Heat challenged the Celtics several nights ago.

The line should be no option here, essentially making this one a pick-em, with Walker unlikely to play in crunch time given Brad Stevens’ recent rotations. Favorites have won 27 of 43 (62.8%) of games in the bubble, despite some noise from underdogs like the Nets.

Support CLNS by making a wager on your pick by going to www.betonline.ag and using promo code: CLNS50.