Rask on Treatment from Boston Fans: They Can Say Whatever They Want 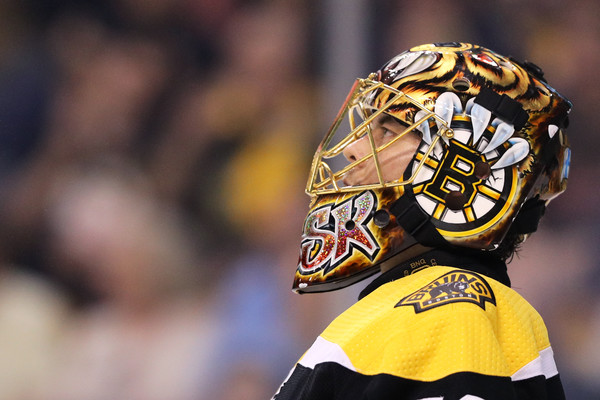 It’s no secret that Tuukka Rask is a polarizing figure here in the city of Boston.

For many, it’s hard to understand why fans of the Boston Bruins are anti-Rask. Prior to this postseason, he was second in postseason save percentage (.928) and goals-against average (2.12) since 2010. Also since 2010, Rask is first in even strength save percentage at .936.

At yesterday’s media availability, Rask was clear and direct with his response to critics of his performance.

“I don’t care,” said Rask. “I just know what the guys in the locker room think and we support each other and that’s really all that matters. Fans are passionate and they can say whatever they want. It’s their right. It won’t effect my game.”

And it didn’t seem to effect his game. After a rough start to the season that included losing the starting job to Anton Khudobin, he went 31-for-40 in the rest of his starts with a 2.19 goals against average and .923 save percentage. In the Bruins’ last series with the Tampa Bay Lightning, he was arguably their best player.

During the scrum, Rask seemed to understand why he takes more criticism than most.

“You’re out there 60 minutes and every mistake you make is going on the scoreboard,” exclaimed the $7 million a year man. “That’s what I would do if I was a fan. Also, when you’re on the same team for years and people see the best and worst of you, they know what to expect and what should be happening. So when you’re not performing to the level they feel you can play at, they’ll jump on you.”

When it came to criticism against the 31-year-old Finnish goalie, he seems to not even pay attention to it.

“I don’t really read any of that stuff. So I don’t know what’s said. As I said, fans have a right to say what they want.”