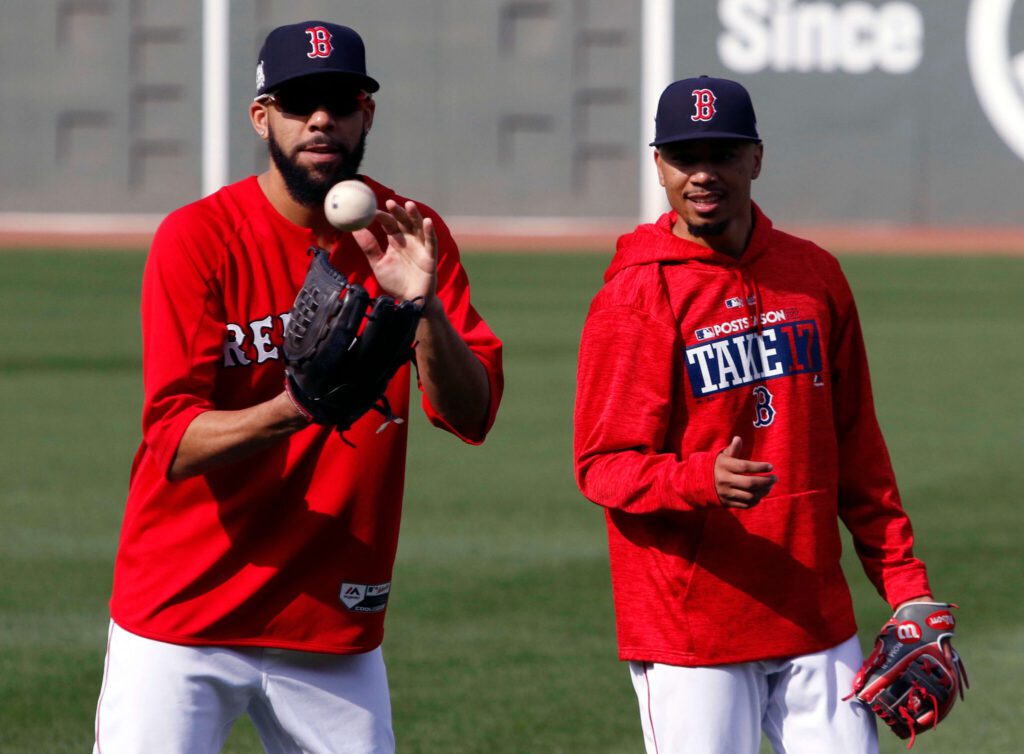 According to ESPN’s Jeff Passan, a blockbuster deal involving the 2018 MVP, Mookie Betts, has been agreed upon between the Red Sox and Dodgers. Both Betts and veteran starter David Price are headed to the Los Angeles Dodgers.

BREAKING: The Los Angeles Dodgers have agreed to a deal with the Boston Red Sox that would send star outfielder Mookie Betts and starter David Price to the Dodgers, sources familiar with the deal tell ESPN. Deal is pending medical reviews.

The deal is pending medical reviews.

Ken Rosenthal reports that there is a third, unidentified team involved in the deal.

According to the Boston Globe’s Alex Speier, the proposed trade will send Alex Verdugo and a player from the unidentified third team involved in the deal to Boston.

Update (9:33 pm) The MLB Networks Jon Heyman reports that the expectation is that the Dodgers will be taking on just about half of David Price’s remaining salary. Price is set to make $32 million in each of the following three seasons, totaling $96 million.

As previously speculated, outfielder Alex Verdugo, who will turn 24 in May, is the main piece headed back to the Red Sox. He presumably will fill the massive hole left by Betts in the outfield.

MassLive’s Chris Cotillo says that it appears to be the Twins involved as the third team.

Update (9:43 pm) The Dodgers will be sending Minnesota right-handed arm, Kenta Maeda, in exchange for righty Brusdar Graterol. Graterol will then be added to the package heading back to the Red Sox.

#Dodgers sending RHP Kenta Maeda to #MNTwins for RHP Brusdar Graterol, who will be part of package going to #RedSox, source tells The Athletic.

The Red Sox are seeing two well-regarded prospects back in this three-team deal according to multiple reports.

The name of the game for Boston this offseason was to find a way to get themselves in position to be under the initial luxury tax threshold of $208 million. And this deal puts them in a prime position to do just that.

The report will be updated as more information is revealed