Washington's franchise cornerstone is currently up for grabs. Will Boston pounce on the opportunity? 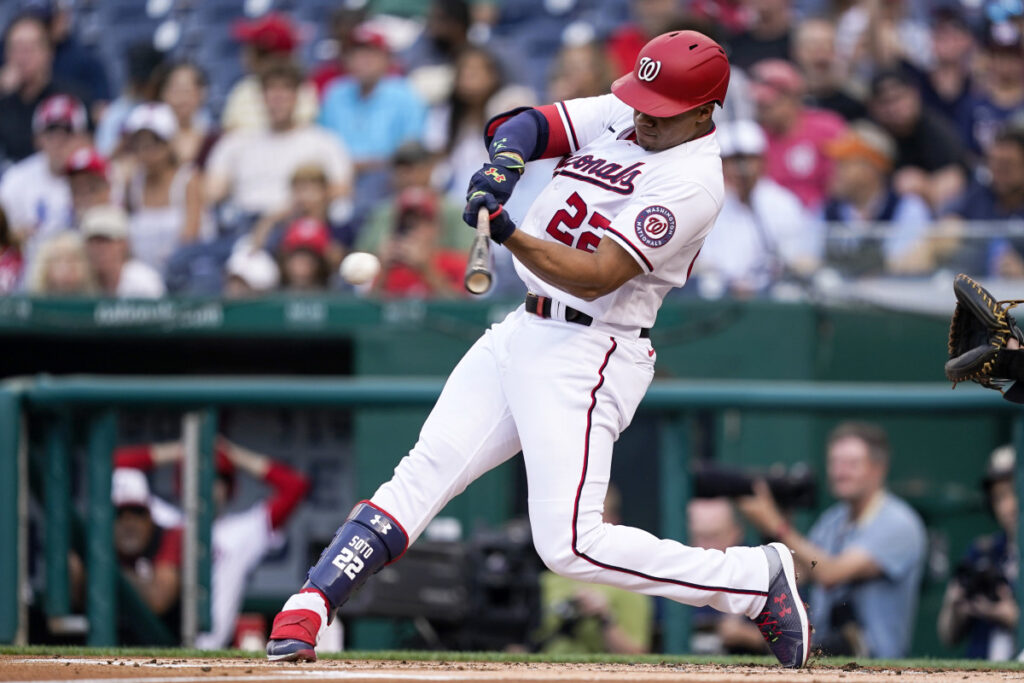 According to The Athletic’s Ken Rosenthal, Soto rejected a 15-year $440 million extension from the club, and they will now look to trade him.

Rafael Devers, Xander Bogaerts, and J.D. Martinez will represent the #RedSox in tonight’s All Star Game.

Can they help the AL win their 9th ASG in a row? @mikekadlick takes a look at the betting lines from @betonline_ag HERE ⬇️@CLNSMedia @CLNSBetting https://t.co/b5NCexN7J3

Should the Red Sox be in the market for the outfielders talents? The easy answer should always be yes – you’re THE BOSTON RED SOX.

They can’t even sign their own! According to the Boston Globe’s Alex Speier, the Red Sox used Matt Olson’s 8-year $168 million extension as a “basis for discussions” with Rafael Devers last winter. The reasoning for that comp was the concern about him sticking at 3B.

Devers is worth a lot more than that. This team is pathetic.

But I digress. We’re talking about Juan Soto. Here are BetOnline.ag’s odds on the outfielder’s next team once he is inevitably traded from the nation’s capital:

All of these top-9 options seem like good landing spots to me. Each of the above teams are in the current playoff picture, could all use another bat in the lineup, and – most importantly – can afford it.

My pick for Soto’s next team is the Dodgers at +600. That team does not stop bringing in top tier talent. They do whatever it takes From Mookie Betts to Max Scherzer to Trea Turner to Freddie Freeman, LA is always in the conversation for the next guy up.