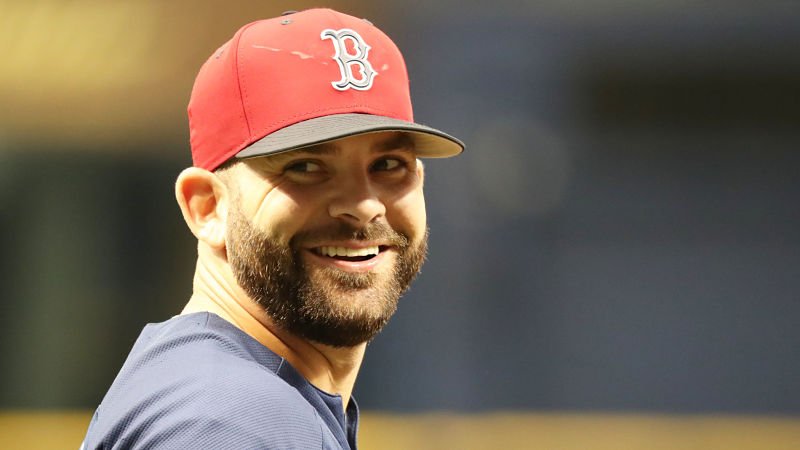 On Tuesday night, the Red Sox confirmed that they will be bringing first baseman, Mitch Moreland, back on a one-year deal, guaranteeing the veteran $3 million.

The full details of the contract were reported by Ken Rosenthal of The Athletic, highlighting a 2021 team option. Moreland will have a base salary of $2.5 million in 2020, with a $3 million option the following season. If the team elects not to utilize their option, they can buy the 34-year-old out for $500,000.

Moreland’s battled injuries during his time with the Red Sox, putting a hindrance on his production. In 2019 alone, he suffered from a back and quad injury which limited him to 91 games.

The left-handed bat has spent three years in Boston after signing with the team prior to the 2017 season on what was a one-year deal.

Moreland had spent the first seven seasons of his career with the Texas Rangers before ultimately leaving in free agency.

One of his most notable moments in a Boston Red Sox uniform came in game four of the 2018 World Series in Los Angeles as the team was trying to crawl its way back from a four-run deficit. Coming in to pinch-hit, Moreland added three runs onto the board with–as the caption of the video below illustrates–a moonshot that hasn’t landed yet.

Mitch Moreland coming back to Boston is a great reminder that this home run from the World Series hasn’t landed yet pic.twitter.com/PVDLU4R8a2

With the signing, their 2020 estimated payroll now sits at $233.27 million, according to Red Sox Payroll on Twitter.