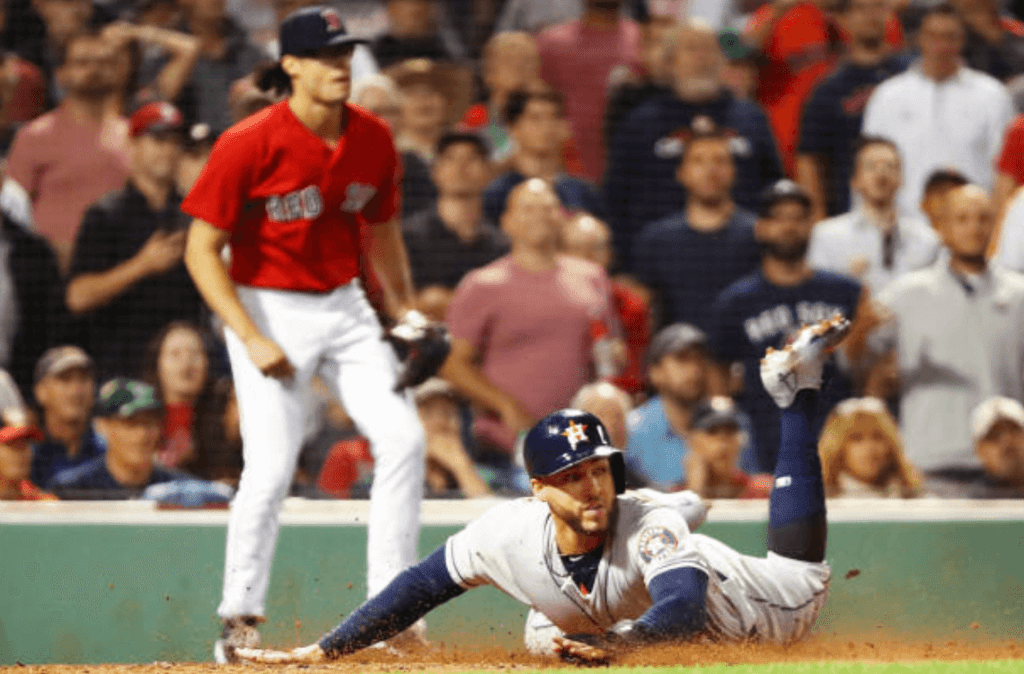 BOSTON — Boston, we have a problem. And like rescuing Apollo 13, fixing the Red Sox bullpen is not going to be a simple one to solve. Worse, they may not have the personnel to get the job done.

In a season filled with skyrocketing win totals, astronomical offensive statistics from a pair of American League MVP candidates, and a pair of Cy Young-caliber starters in the rotation, the Red Sox clearly have one Achilles heel that could spell their doom in October.

Worst of all, in a 6-3 loss to the Astros Friday night at Fenway Park, it was exposed by just the team that they could be facing in the American League Championship Series.

Leading the defending World Series champs 2-0 after David Price put up 6 1/3 stellar innings of pitching in his first game back from an Austin Dean liner off the left wrist, the Red Sox bullpen immediately failed. Price received a standing ovation after he left when Tyler White walked with one out in the seventh to put runners on first and second and the Red Sox still up by two.

Enter Ryan Brasier. The right-hander, who posted a career-best 9-game, 9-inning scoreless streak from Aug. 8-25, gave up a rope to Yuli Gurriel to left-center to help the Astros cut the lead to 2-1. After getting Josh Reddick to pop out to Sandy Leon, Brasier was within a strike of getting out of it and preserving the lead. After flipping his bat on what pinch-hitter Tony Kemp thought was Ball 4, he flipped the next pitch down the left field line for a go-ahead double and it was 3-2 Astros.

So much for that great David Price storyline. The Red Sox had won his last nine starts dating back to the 11-1 thrashing at Yankee Stadium on July 1.

But as the Red Sox tend to do, they covered it up immediately with offense. J.D. Martinez drilled a single to center off another Ryan – Pressly – to score Jackie Bradley Jr. and the game was knotted, 3-3.

But then Joe Kelly, with Matt Barnes out with hip inflammation, got the chance to show he can be an eighth inning guy. That – as they say – did not go well.

Kelly gave up three singles to open the inning to the top of the order, Springer, Altuve and Alex Bregman. Carlos Correa lofted a fly to medium deep right along the line to Betts. Betts fired home but Springer easily slid head-first across the plate for a 4-3 Houston lead. But the Astros, smelling blood, went in for the kill against Kelly. The reliever broke off a breaking ball that Christian Vazquez could not handle and Altuve scored on the wild pitch. And to cap it off, Kelly yielded a sharp single to left to Tyler White for a 6-3 Houston lead. By the time it was over, Kelly walked off the mound after the third out, serenaded by boos and Sweet Caroline.

The Red Sox mounted a comeback in the eighth. But with runners on first and second and one out, Hector Rondon fanned pinch-hitter Rafael Devers and induced a ground out back to the mound from Bradley to end the threat.

Keeping it consistent, Tyler Thornburg allowed a leadoff single to Brian McCann to open the ninth. That was followed by a one-out single to left by Springer. Jose Altuve did ground into a double-play to keep it a three-run hole.

It was the first real test of what it’s going to be like in October. Sure the Brandon Phillips go-ahead 2-run homer in Atlanta Wednesday was a great feel-good story for the new face in the clubhouse. And yes, it completed a three-game sweep of the leaders of the NL East on the road. All of that is great.

But this was different. This is exactly who the Red Sox could be matched up against after winning more than 100 games for just the fourth time in franchise history.

The Red Sox might not even face the Astros in the postseason, if they’re lucky. But if they do, they better hope at this point they don’t need their bullpen late.