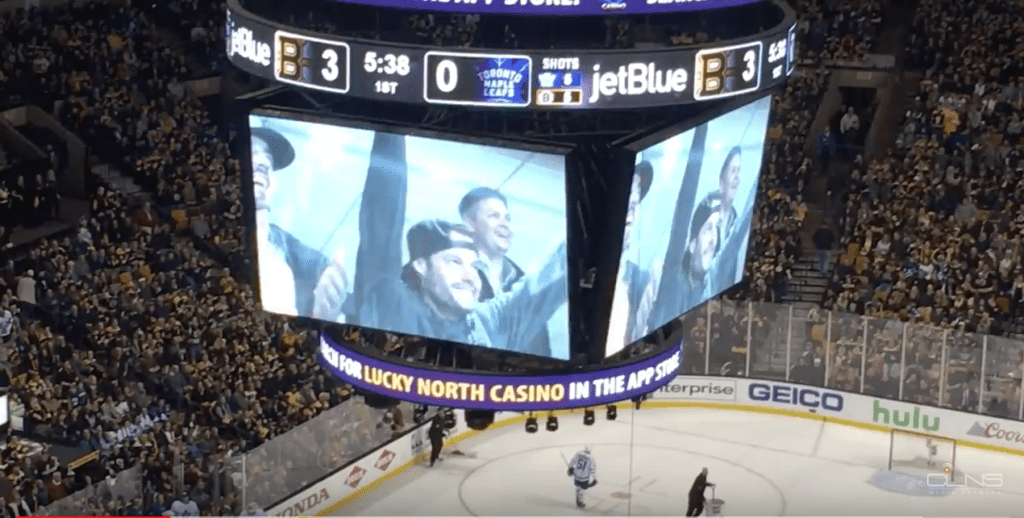 BOSTON — Sometimes the moment speaks much louder than any words.

Red Sox closer Joe Kelly is already a Boston legend for inviting Tyler Austin of the Yankees to “let’s go” when he drilled him on Wednesday night in Boston’s first of two wins this week over the Yankees. It was in retaliation for Austin’s spikes high clip of Brock Holt at the second base bag.

The dugouts emptied and there was a true renewal of the Red Sox-Yankees rivalry.

Much like the Red Sox on Wednesday against the Yankees, the Bruins were taking it to the Leafs Saturday night in Game 2, holding a 3-0 lead with 5:38 left in the opening period when the video board flashed a highlight of Kelly staring down Austin and uttering those famous words on Tuesday. Following the highlight of the melee on the board, the video cut to a live shot of Kelly and, like Tuesday, perfectly seized the moment, getting up in glee with a smile on his face and waving a towel.

Not surprisingly, the crowd went nuts. The Bruins apparently were inspired as just 38 seconds later Rick Nash put the fourth goal of the night past a Leafs goalie, this one beating Curtis McElhenney, replacing Frederik Anderson, and it was 4-0.

Not to be left out, Patriots linebacker Dont’a Hightower was shown on the board during the second period. The Celtics were presumably resting up for their 1 p.m. Sunday Game 1 against Milwaukee.