The Red Sox hit a pair of grand slams to down the Astros 9-5 in game 2 of the ALCS. 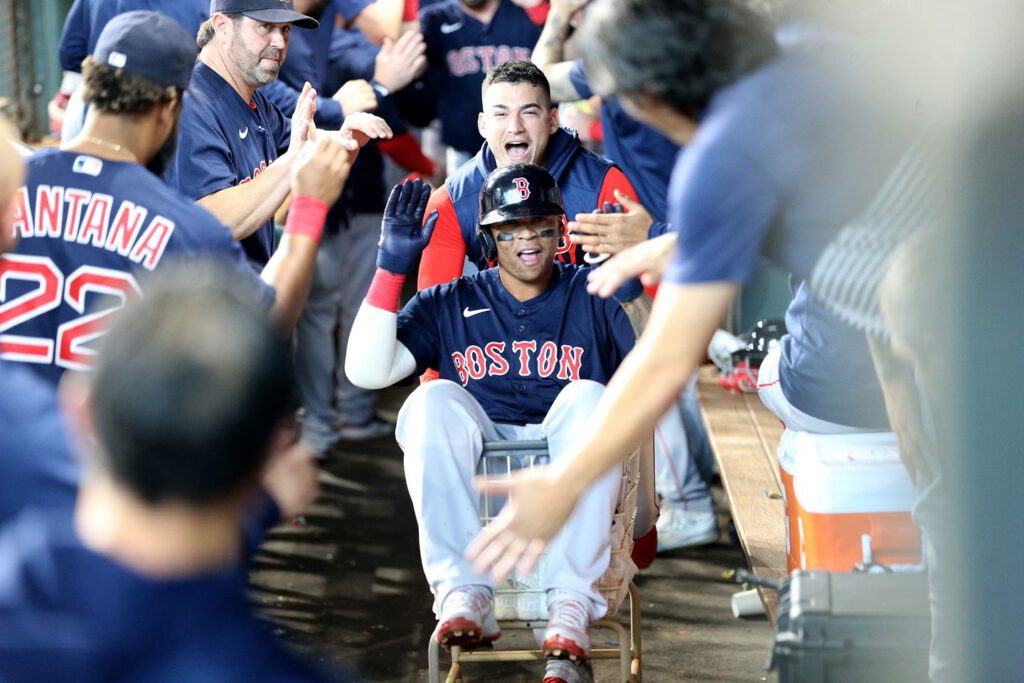 A pair of grand slams one inning apart and a stellar outing from starter Nathan Eovaldi and just like that, the ALCS between the Red Sox and Astros is tied at a game apiece after a 9-5 Red Sox Game 2 victory.

The Sox got things started in the first. After a leadoff by Kyle Schwarber and walks to Rafael Devers and Alex Verdugo, JD Martinez lined a 1-0 fastball the other way for a grand slam off Astros starter Luis Garcia.

Garcia did not last long after that. After walking Kevin Plawecki to lead off the 2nd Garcia was removed from the game for an apparent knee injury. The Astros are already without ace Lance McCullers Jr so a long term injury to Ruiz would put them down 2 of their top 3 starters.

After a long warm up (over 15 minutes) the Rays turned to Jake Odorizzi, who loaded the bases before surrendering the Red Sox second grand slam of the game, a bullet to right off the bat of Rafael Devers to make it 8-0 Sox. The Red Sox are the first team in playoff history with multiple grand slams in a game.

RAFFY WITH A SLAM! pic.twitter.com/yf8nFL1apx

Kike Hernandez (who else?) continued his torrid postseason with a solo shot in the fifth to make it 9-0. The homer was Kike’s 5th of the postseason tying the record for the most by a Red Sox in a single postseason, matching David Ortiz (2004 and 2013) and Todd Walker (2003).

Nathan Eovaldi did his part going 5 and a third innings allowing 3 runs on 5 hits while striking out 3.

The Red Sox bullpen held the line after Eovaldi exited pitching 3 and 2/3 innings allowing just 2 runs highlighted by two no hit innings from Garrett Whitlock facing the heart of the Astros lineup in the 7th and 8th innings.

The next 3 games of the ALCS are at Fenway Park Monday, Tuesday and Wednesday. Monday and Tuesday’s games start at 8:08 pm with Game 3 starting at 5:08.

Patriots Mailbag: Debunking the Narrative that the Pats’ Linebackers Are Bad in Coverage

Patriots Game Plan: the Pats Already Have the Answers to Take Down the Titans