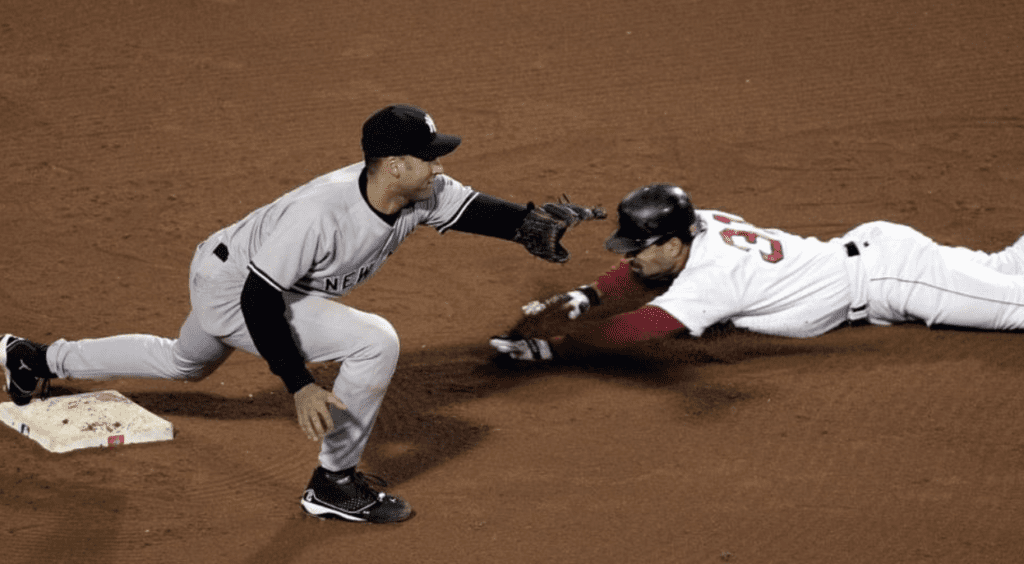 BOSTON — The Red Sox will have to beat the team in the mirror when they face the Dodgers in the 2018 World Series.

The Dodgers have so much in common with the Red Sox that even Alex Cora sees the similarities starting with their manager, a former teammate and Boston legend.

In Dave Roberts, the Dodgers have a skipper whose personality is a beacon of never-ending hope in the clubhouse. Even when the Dodgers were 16-26 this season and 8.5 games back in the NL West, there was Roberts in the clubhouse insisting the season is long and reinforcing to his team that they were a Game 7 away from the ultimate prize last October. Sure enough, the Dodgers fought and clawed, beat the Rockies in Game 163 to win their fifth straight NL West title, on their way to dispatching the Braves and Brewers.

Boston fans, of course, are more than familiar with his story. The man who stole the base in the bottom of the ninth of Game 4 of the 2004 ALCS that paved the way for a game-tying single from Bill Mueller and led to the game-winning homer by David Ortiz in the 12th leads his Dodgers team into Fenway Park for the this World Series.

“They were behind throughout the season. They were (9) games behind with a lot of good teams ahead of them,” Cora told me. “I still remember DR saying something like, ‘We will win the West’ at one point. And they were 10 games back. I read it and (thought) DR is crazy.

“That’s who he is. He’s very positive. He has a great pulse of that clubhouse and the team. Their ownership and their front office, they do everything possible to get better, not only on the field but off the field. Everybody knows about their analytic team and all the money they spend in that area. They’re prepared. They will be prepared. It’s going to be a challenge for us.”

The Dodgers, like the Red Sox and Astros, invest tens of millions in analytics and staff to break down the opposition with precise detail. Roberts, like Cora, embraces all the data his analytics department provides. Current Red Sox hitting coach Tim Hyers spent 2016 and 2017 with the Dodgers, serving as assistant hitting coach serving under new manager Dave Roberts. Hyers was one of Alex Cora’s first hires in Nov. 2017. Cora knows Roberts and Roberts knows the Red Sox.

Cora recalls the time when they were teammates in 2004 with the NL West-leading Dodgers and Roberts was called into manager Jim Tracy’s office.

“I remember a lot but I still remember ’04 when he got traded (to Boston),” Cora said. “We were in San Diego at that time. We had the best team in the National League West. He got called into the office by Jim Tracy and they told him that he got traded to the Red Sox. He was down, upset. It was a good group. We felt had something special going on. I still remember I told him you’re going to a great baseball city. You never know what can happen. Just enjoy the ride.

“He came here. He stole that base and that night I texted him. Right after he stole second base, I don’t know what’s going to happen here, but if this happens, you’re going to become a hero. And he is here in this city. Great guy, great family guy, a friend of mine. I’ve been pulling for him for a while. He’s done an outstanding job with an outstanding organization and I’m very proud he’s here in the World Series.”

Roberts knows a thing or two about perseverance. While with the Padres front office in March 2010, Roberts was diagnosed with Hodgkin’s lymphoma and underwent treatment. In June 2011, he announced he was cancer free. His team reflects all of the qualities of determination that been a trademark of his baseball life.

Last year, the Dodgers eliminated the defending World Champion Cubs in the NLCS and came within a Game 7 loss to the Astros in the World Series. Remember the 2017 Dodgers. They were the team that was on pace to match the 2001 Mariners that won 116 games. They were on a streak that saw them win 91 of their first 127 games. They led the division by 21 games. They then lost 16 of 17 games and their lead was down to nine games in September. Their World Series against the Astros was a microcosm of their season. With Clayton Kershaw on the mound, they led Game 5 4-0, 7-4 and 8-7. They battled back to force extras by scoring three in the 9th. They lost that game, 13-12 and went back to LA down, 3-2. The Dodgers won Game 6 and were one win from their first title since 1988 only to have the upstart Astros prove Sports Illustrated right with a Game 7 win at Dodger Stadium.

In the other dugout, of course, was Astros bench coach Alex Cora.

“I lived it first-hand last year,” Cora said of Roberts’ Dodgers. “That Game 5 was crazy. They were up, they were down, they were up again. And then Game 6 happened and they beat us and then Game 7, the Astros ended up winning.

“I saw it first-hand. They don’t stop playing. When you get to this level, you’re one of the last two teams standing, from pitch 1 to the last pitch of the game, you’re going to keep pushing, and putting up good at-bats, executing pitches and playing good defense. We expect that out of them. They’re going to play the whole game.”

This year, they were down to the red-hot Brewers 1-0 heading into Game 2, which they trailed 3-2 in the 8th at Miller Park. Justin Turner hits a 2-run homer and the Dodgers tie the series. The Brewers won Game 3 in LA and were on the verge of a 3-1 lead in LA before the Dodgers won in 13 innings in a wild Game 4. The Dodgers came from behind to win Game 5, lose Game 6 in Milwaukee and trailed Game 7 1-0 when Christian Yelich homered off Walker Buehler in the first inning. The Dodgers scored the next five runs and were off to Fenway with a 5-1 win.

This is what the Red Sox are up against in the 2018 World Series. A man and team in the mirror that they know only too well.