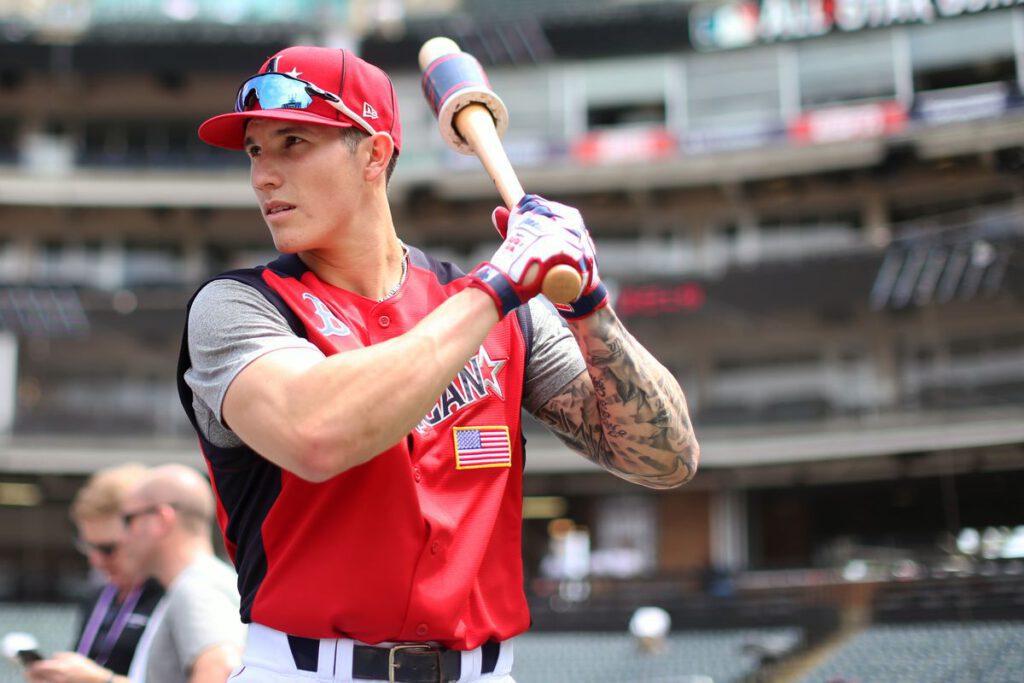 Highlighted by his speed, Jarren Duran, a seventh-round draft pick by the Red Sox in 2018, has generated some excitement by exceeding expectations during the early stages of his professional career.

On Friday, January 24th, the team had announced 13 non-roster invitees. There were a few names most Red Sox fans would recognize. Rusney Castillo, who’s handcuffed to the Triple-A club due to his high salary and the Red Sox reluctant attitude to allow it to affect their Major League payroll. Brian Johnson and Bobby Poyner, who both have had multiple stints on Boston’s Major League roster. And Duran, who stood out the most due to his strong performances so far in the minor league system.

Originally a second baseman through his college career, Duran was quickly shifted to a spot in the outfield. As SoxProspects.com notes, at second base, Duran displayed soft hands and fluid actions. Although those are qualities that most teams look for in a high-caliber infielder, his natural, above-average speed wasn’t being utilized at this position.

Duran immediately attracted the attention of his new farm system after exploding onto the scene during his 2018 debut with the low-A level, Lowell Spinners.

However, something important to note is that while he did see strong success during the 2019 season, his numbers dipped relatively severely once he did make the move from Single to Double-A ball where we were able to see a larger sample size. During his time in Single-A, Duran put together a batting average that sparked immediate interest as he hit for .387 with an OBP of .456.

A continued theme in scouting reports is his inexperience in the outfield. However, this is something that is masked by the well above-average speed that he possesses. As previously mentioned, Duran was an infielder during his time in college so his newfound home out in the outfield is something that he should continue to improve with. As it stands right now, he struggles with that initial step that is crucial in a Major League outfield. However, again, his speed makes up for that late jump that, according to Sox Prospects, he continues to struggle with.

Speed and fielding ability is something that is highly sought after in the bigs and it sometimes makes up for underwhelming production at the plate. You don’t have to go too far for an example as the Red Sox have struggled with a streaky bat with Jackie Bradley Jr. But even though at times, we find him to be a true detriment with the bat in his hands, the skillset he posses in the outfield makes up for that lack of offensive prowess. Duran has a long, long way to go to be anywhere close to what Bradley is in a fielding aspect, but speed and defensive ability is something to always note when looking at a promising prospect.

If he does find a consistent bat, especially once he receives the call to the bigs, Duran could find himself at the top of the order.

His power is scarce, keeping him away from any sort of discussion of placing him in the middle of the lineup. But as noted, he’s been able to produce with a strong batting average and OBP, making him a premier candidate to get things going at the top of a lineup.

Again, linking things back to his elite speed, he maintains the ability to place pressure on fielders causing what would be routine plays to become somewhat hectic as he bursts down the line.

Although it is nice, power isn’t necessarily a necessity to being a major leaguer. The Red Sox have had a unique situation over recent years with having a leadoff hitter who is able to provide power, speed, and consistency in Mookie Betts. Even with Jacoby Ellsbury, Boston’s been lucky with having such top of the line leadoff men. But speed and on-base percentage are your key tools to bear in that spot and Duran has time to develop into what could be an immensely productive member of a big-league lineup.

Noted in several scouting reports, Duran continues to develop his offensive approach and has shown the ability to sting line drives into gaps all over the outfield. Couple that with his strong authority on the basepaths, you could see someone who could stretch doubles into triples on a regular basis.

At the plate, it’s said that he has quick hands, and isn’t afraid to attack early in the count which is something that the Red Sox have maintained a focus on since Alex Cora took over the ballclub ahead of the 2018 season–assuming that they will stick with that same approach in this post-Cora era. However, he recognizes the spin of the ball and will take a walk if need be, displaying patience in the box.

The 2020 season is going to be immensely important for Duran, who won’t turn 24 until September. As it stands right now, there are major question marks for the future of the Boston Red Sox outfield.

With Betts making it explicitly clear that he’ll test the free-agent market following this upcoming season, and Jackie Bradley Jr. also being an unrestricted free agent, there’s a strong possibility that an opportunity will be opening up in the club’s outfield in 2021, or even in 2020.

As Duran continues to improve at the plate as he climbs the farm system’s ladder and shows that he can be a productive member of a Major League outfield, once an opportunity arises in either right or center field, it’s likely his to lose. He still has more to prove in the minor leagues in 2020.

Obviously don’t expect the speedster to make the major league roster out of spring training, but don’t be surprised if he sees his debut at some point during the 2020 season.