Red Sox React To Walkoff Win vs Rays in Game 3 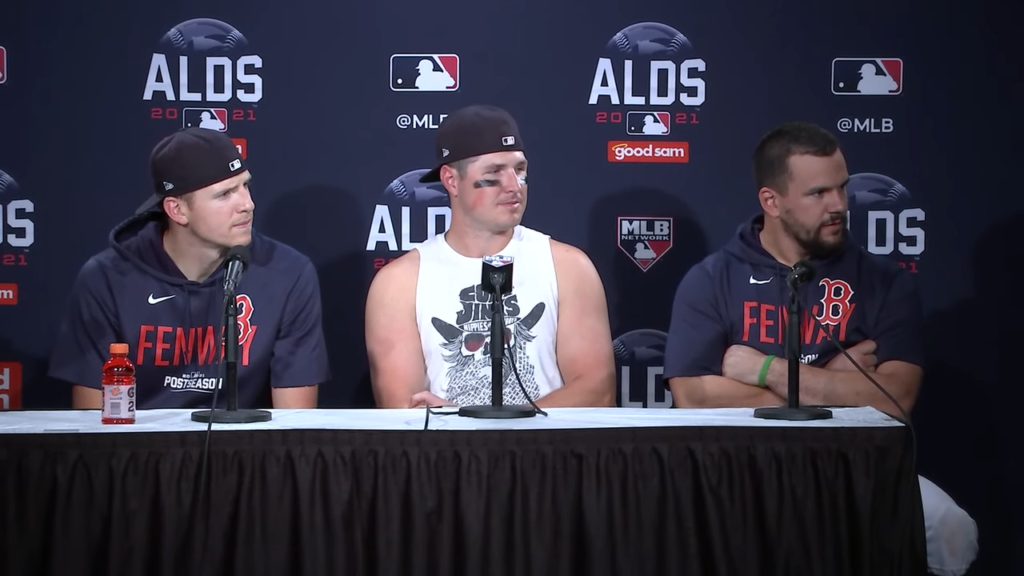 Boston has won each of the last 2 games after dropping the series opener.

Tonight was the Sox’ first Postseason walk-off win since Game 2 of the 2013 ALCS vs. DET.

Boston will play Game 4 of the ALDS vs the Tampa Bay Rays at Fenway Park on Monday at 7pm ET.

Cora was asked about Nick Pivetta after he pitched 4 innings, allowing 3 hits, only 1 walk, with 7 strikeouts. He tossed scoreless 10th, 11th, 12th, and 13th innings, earning the win. Cora said: “He goes somewhere else mentally and physically. He was locked in.”

Kyle Schwarber finished the night: 3-for-5, 2 R, HR, RBI. He began the Sox’ half of the 1st inning with a HR, his 2nd of the Postseason (also solo HR in the Wild Card Game at Fenway).