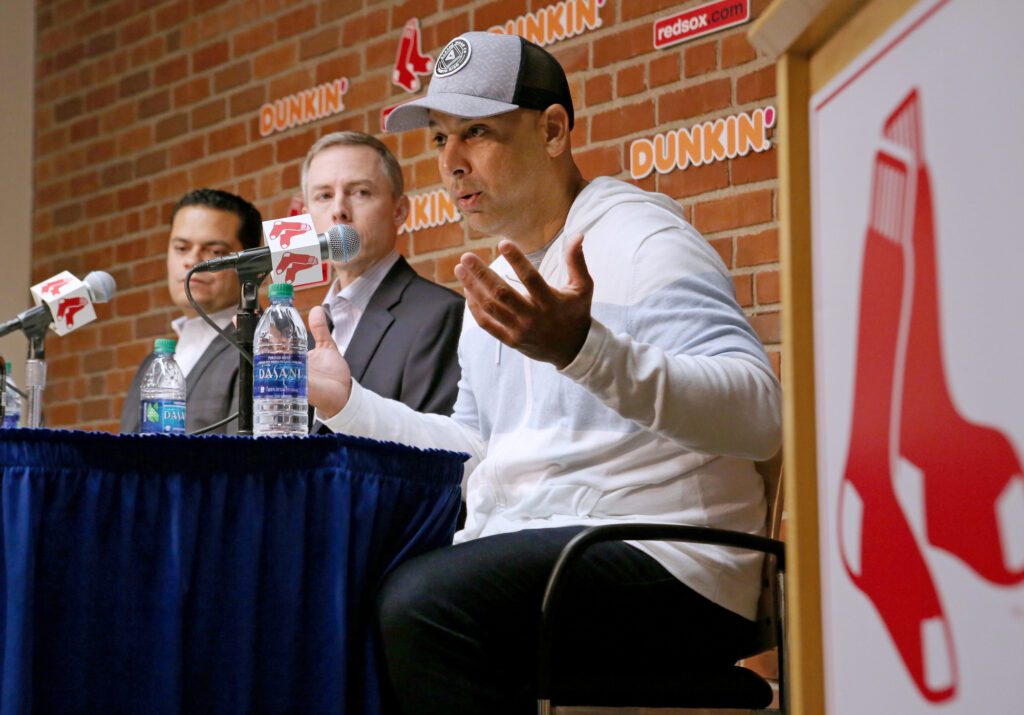 On Wednesday Major League Baseball concluded its investigation into the Red Sox sign stealing allegations during the 2018 season and the punishment was fairly minor.

Boston’s video replay system operator J.T. Watkins was suspended without pay for one year and the team was stripped of a 2020 second-round draft pick.

Former manager Alex Cora will serve a one year suspension but that’s for his role in the Astros sign stealing scandal in 2017 and not for any involvement in what went on with the Red Sox in 2018.

Rob Manfred explained in his report and in the summary that he determined it was Watkins – on only some occasions – who would take information that he learned in-game to, “revise sign sequence information that he had permissibly provided to the players prior to the game”.

The Red Sox final punishments are as follows:

From the report, there were only 19.7% of Major League Baseball at-bats that had a man on second base. “Watkins communicated sign sequences in a manner that indicated that he had decoded them from the in-game feed in only a small percentage of those occurrences”, according to Manfred.

Red Sox President and CEO, Sam Kennedy, released a statement following the report’s release. “As an organization, we strive for 100% compliance with the rules. MLB’s investigation concluded that in isolated instances, during the 2018 regular season, sign sequences were decoded through the use of live game video rather than through permissible means”.

He continues, “MLB acknowledged the front office’s extensive efforts to communicate and enforce the rules and concluded that Alex Cora, the coaching staff, and most of the players did not engage in, or were they aware of, any violations. Regardless, these rules violations are unacceptable. We apologize to our fans and Major League Baseball, and accept the Commissioner’s ruling”.