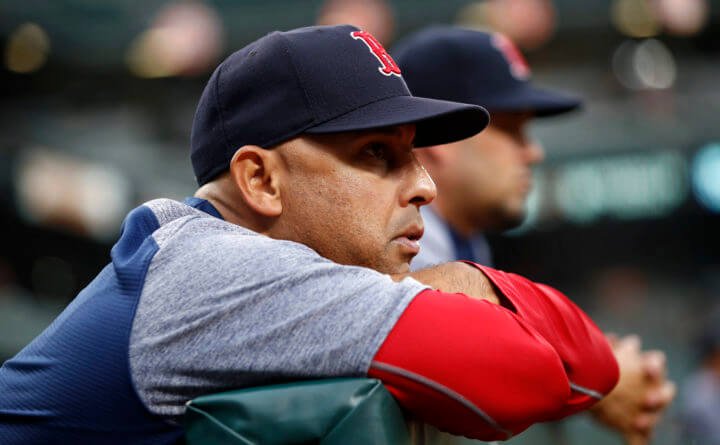 Per Tuesday’s report from The Athletic’s Ken Rosenthal and Evan Drellich, the Red Sox have been accused of using the video replay room in order to steal signs from opponents throughout the 2018 regular season.

This comes on the heels of an extensive report in November, also from the duo of Ken Rosenthal and Evan Drellich, accusing the Houston Astros of stealing signs using a camera and a garbage can in 2017. Later reports revealed that current Red Sox manager, and former Astros bench coach, Alex Cora, played a “key role” in creating the sign-stealing system used by the 2017 World Series Champions. According to ESPN’s Jeff Passan, punishment for Houston’s 2017 accusation is expected to come down in the next two weeks.

Tuesday’s report details that three people “who were with” the 2018 World Series Champion Boston Red Sox told The Athletic, “…during that regular season, at least some players visited the video replay room during games to learn the sign sequence opponents were using”.

These Red Sox sources explain that the sign-stealing system was essentially ineffective during the 2018 postseason run where Boston utterly dominated, losing just three times over the course of 14 games. The reasoning behind the system no longer being effective was due to teams’ growing suspicions of foul play, therefore changing sequences, along with the league’s decision to station in-person monitors in the video replay room–which is still the case today.

“Opponents were leery enough of sign stealing — and knowledgeable enough about it — to constantly change their sign sequences. And, for the first time in the sport’s history, MLB instituted in-person monitors in the replay rooms, starting in the playoffs. For the entire regular season, those rooms had been left unguarded.”

Although it wasn’t banging on garbage cans, which should have made some heads turn toward Houston earlier then they did, Boston’s system went like this, per the report: “Replay room to dugout to baserunner to hitter…”

The Red Sox did release a statement: “We were recently made aware of allegations suggesting the inappropriate use of our video replay room. We take these allegations seriously and will fully cooperate with MLB as they investigate the matter.”

Here’s what Major League Baseball had to say about the matter: “The Commissioner made clear in a September 15, 2017 memorandum to clubs how seriously he would take any future violation of the regulations regarding use of electronic equipment or the inappropriate use of the video replay room. Given these allegations, MLB will commence an investigation into this matter.”

In 2017, under the reign of former manager John Farrell, the Red Sox were caught using an Apple Watch to steal signs. While there is no rule against stealing signs in Major League Baseball, you are not allowed to do so using electronics.

“Commissioner Rob Manfred said he received “absolute assurances” from the Red Sox that they would not again engage in illegal sign-stealing activity, adding that he had notified all 30 clubs that any future violations would be subject to more serious sanctions.”

Manager Alex Cora declined to comment on the allegations, per MassLive’s Chris Cotillo.

With sign-stealing simply not going away, don’t be surprised if the MLB comes down hard on Boston. Not as harsh as they’ll be on Houston, but the punishment should be somewhat severe.