REPORT: Alex Verdugo May Not Be Ready to Go For Red Sox Opening Day 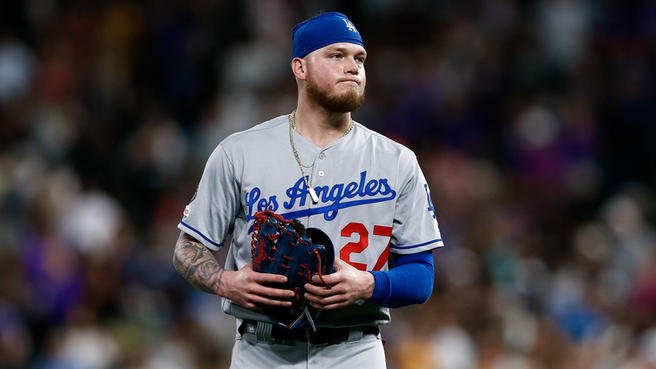 According to The Boston Globe’s Alex Speier, Alex Verdugo–one of three prospects the Red Sox received in the Mookie Betts blockbuster–may actually not be ready to go for Opening Day due to a previous back injury.

This injury was a key factor in Verdugo’s inability to play for the Dodgers after early August in 2019.

According to Speier, the Red Sox had known about this injury during the ordeal that was the Betts trade fiasco but Boston didn’t necessarily view it as anything that could hinder the outfielder for a long period of time.

The addition of outfielder Kevin Pillar on Wednesday would make it easier for Boston to play it safe with the young, highly regarded prospect. It allows the team to hold Verdugo out if they decide that he won’t be ready to go by Opening Day.

In December, the 23-year-old spoke with MLB.com and when speaking on the injury, he told them that he aimed to be ready by Opening Day, but he understood that wasn’t something he could count on.

Per Speier’s report, Verdugo told MLB.com, “I think anybody that’s had something wrong with your back would understand. I’m going in the right direction. My goal is to be starting Opening Day. We’ll just see how the days and weeks go and how I recover.”

Verdugo was part of the package that also brought over shortstop Jeter Downs and catcher Connor Wong.

Since the deal was made, there has been a lot of questions regarding Verdugo’s character when a story written about a year ago started making its rounds again through social media. The story involves the physical and sexual assault of a 17-year-old girl where two other Dodger prospects and two other adult women were present. However, Verdugo did not commit either assault according to what has been put out there.