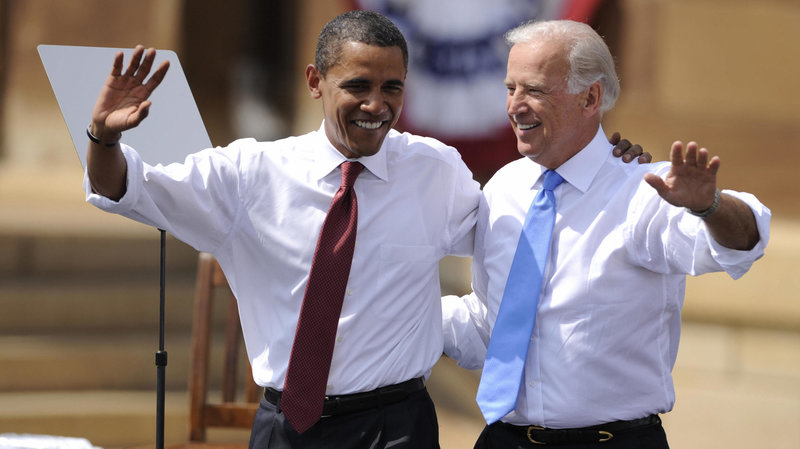 Presumptive Democratic presidential nominee Joe Biden, seen being introduced as Barack Obama's running mate in 2008, has the unique perspective of choosing a vice presidential candidate having served in the job himself.
Share
Facebook Twitter Email

An announcement for Joe Biden’s Vice Presidential nominee is expected this week, possibly as soon as tomorrow according to the Wall Street Journal.  The WSJ has also stated that a decision has already been made after the Search Committee wrapped up.

Sen. Kamala Harris (+125) and Ambassador Susan Rice (+140) are neck and neck according to BetOnline.ag.

Of note, is that Obama’s former Ambassador to the UN, is not scheduled to speak at the Democratic National Convention, which has sparked off much intrigue.  Rice’s odds have risen dramatically in the last week, while Harris’ have slightly slipped.

Senator Elizabeth Warren of Massachusetts has raised a sufficient amount of money for Biden, and remains a contender according to the AP.  However, she is a long shot according to BetOnline.ag.  The leading online gambling platform in the world has her odds at +2000 in being Biden’s choice.

Bet on the 2020 US Presidential Election at www.betonline.ag and use Code CLNS50 for 50% cashback