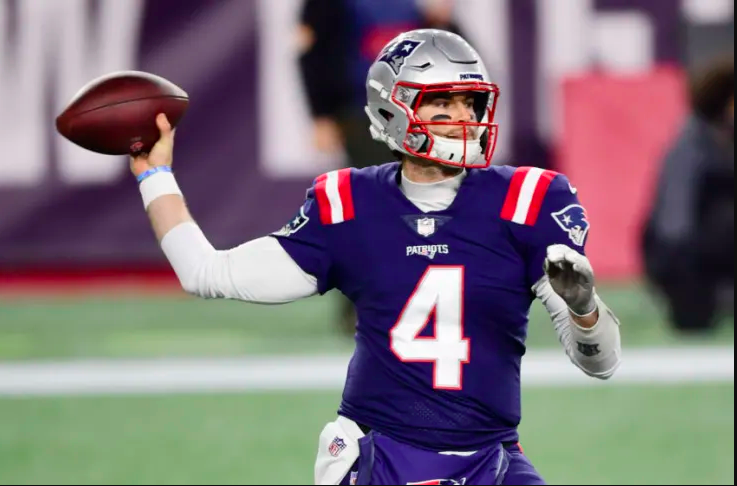 Patriots head coach Bill Belichick has made his first trade with Josh McDaniels, Dave Ziegler, and the Pats West regime in Las Vegas.

New England is sending fourth-year quarterback Jarrett Stidham and a seventh-round draft choice to the Las Vegas Raiders in exchange for a sixth-round draft selection, a source confirms to CLNS Media.

After the Patriots selected Bailey Zappe in the fourth round in the 2022 NFL Draft, the writing was on the wall that Stidham would be the odd man out in New England’s quarterback room.

However, that wasn’t always the case for Stidham, who is entering the final year of his four-year rookie contract after being a fourth-round draft choice by the Patriots in 2019.

Stidham was impressive in his rookie training camp and preseason, flashing NFL-caliber arm talent and athleticism while he grasped the playbook faster than most anticipated.

The former Auburn and Baylor transfer was once a highly-touted quarterback prospect, but a shaky final season at Auburn saw him fall to the fourth round. The Pats were pleased with the early returns on their investment, with Stidham making high-level plays in preseason games against Matt Patricia’s Detroit Lions and the Tennessee Titans as a rookie.

Following Tom Brady’s departure in the 2020 offseason, there was internal support behind Stidham to see if he could take the next step towards becoming a franchise quarterback.

Instead, rumblings began during the spring that Stidham wasn’t as locked in as the team would’ve liked, and in early July, the Patriots signed veteran Cam Newton to a contract.

Stidham eventually lost the starting job to Newton in training camp that summer in a competition that wasn’t particularly close, and Belichick refused to turn the team over to Stidham even when the Patriots were out of playoff contention in the final weeks of the 2020 season.

The team no longer viewed Stidham as the long-term answer, with the Patriots cementing that belief by selecting starting quarterback Mac Jones with its first-round pick in the 2021 NFL Draft.

After taking Jones with the 15th overall selection in the 2021 draft, the Pats selected another quarterback a year later in Zappe, and Stidham became the leftovers.

Although it was a longshot for Stidham to ever develop into a long-term starter in the league, he had early flashes that had some believing in his talent. But the fourth-year quarterback never took a step forward in his development. Instead, he was consistently inconsistent.

Over the last two summers, Stidham was the best quarterback on the field at times, making several big-time downfield throws. Then, it would vanish, and the turnovers would mount.

The Patriots will now move to a quarterback room with Jones at the top of the depth chart, followed by veteran backup Brian Hoyer, Zappe, and undrafted rookie signing D’Eriq King.