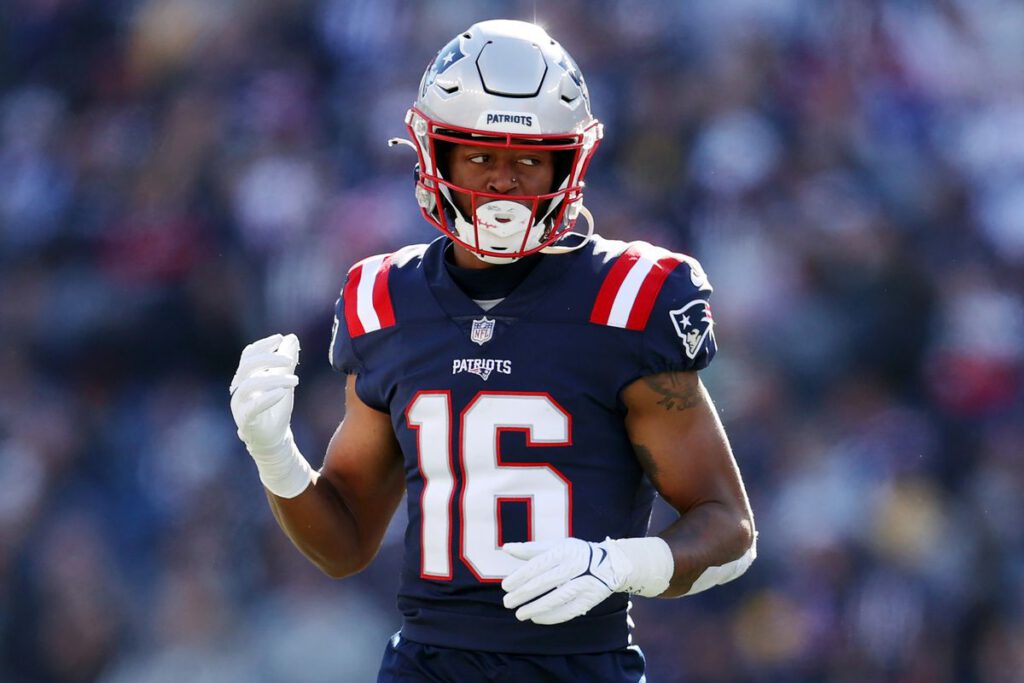 The Patriots tendered Meyers, who led the team in receptions and receiving yards last season, at the second-round level. When Meyers didn’t sign an offer sheet, he had until June 15 to decide whether or not to sign his tender or begin a holdout, which could’ve led the team to decrease his salary to $939,000, according to cap wiz Miguel Benzan.

Instead, Meyers signed the one-year tender, and super-agent Drew Rosenhaus will continue negotiating a long-term extension with the Patriots, according to ESPN’s Adam Schefter.

“Who wouldn’t, honestly? It’s a great place to be,” Meyers told reporters about his desire to stay in New England long-term during minicamp last week. “I’m going to try to do what I do best. I kind of put it all on his plate [Rosenhaus], just trusting him, trusting the coaches, trusting the front office.”

Following a familiar path for Patriots slot receivers, Meyers converted from quarterback to wide receiver at North Carolina State, where he was considered a draftable talent. However, a 4.63-second 40-yard dash at the 2019 NFL Scouting Combine pushed him to undrafted free agency, where he signed with the Patriots and eventually took over Julian Edelman’s role in the offense.

As New England’s primary slot/Z receiver, Meyers had a career-high 83 catches and 866 yards as the most targeted receiver for the Patriots with rookie Mac Jones under-center.

The 25-year-old runs precise routes with good initial quickness through the break point to create separation underneath and at the intermediate level, majoring in quick-hitters over the middle and crossing patterns off the Patriots’ play-action concepts.

Along with his instinctive and quick route-running, Meyers is underrated in contested catch situations where he pulled in 69 percent of his contested targets (20-of-29). Among 90 wide receivers with at least 50 targets last season, Meyers was 11th in contested catch rate, per PFF.

However, as the Patriots mull Meyers’s long-term future with the team, New England will have to consider his low efficiency and burst as a ball carrier to create yards after the catch.

Meyers’s limited speed profile does show itself in some ways. For instance, the Pats wideout was 31st in yards per route run (1.58) and 36th in yards after the catch per reception among 37 qualified receivers last season.

In other words, the Patriots fed Meyers 126 targets, but he wasn’t overly efficient or explosive relative to his peers. In fact, Meyers lost 0.4 yards after catch over expected, according to NextGen Stats, meaning a more dynamic ball carrier would’ve gained more yards after the catch on his receptions.

Still, there’s something to be said for Meyers’s reliability and continued rise as the next productive slot receiver in New England’s offense that typically dominates inside the formation.

Meyers’s production suggests that he should fit into the mid-tier wide receiver money as an unrestricted free agent, which is becoming a lucrative spot for pass-catchers in the NFL.

If you look at the contracts for those four wideouts, we can surmise a reasonable starting point for a Meyers extension and his earning ceiling as he seeks a second contract with the Patriots.

Aside from rewarding a player who went from undrafted rookie to a starting-caliber receiver, the Patriots will need to decide whether or not Meyers is maximizing the slot role in the offense.

From this perspective, it’s hard to envision Meyers’s athletic profile allowing him to develop into a more dynamic receiver to truly get everything possible out of a high-volume position in the offense.

With that in mind, the Patriots should tread more towards the lower end of Meyers’s projected earnings to retain him as a reliable depth receiver but not a number one target of the future.