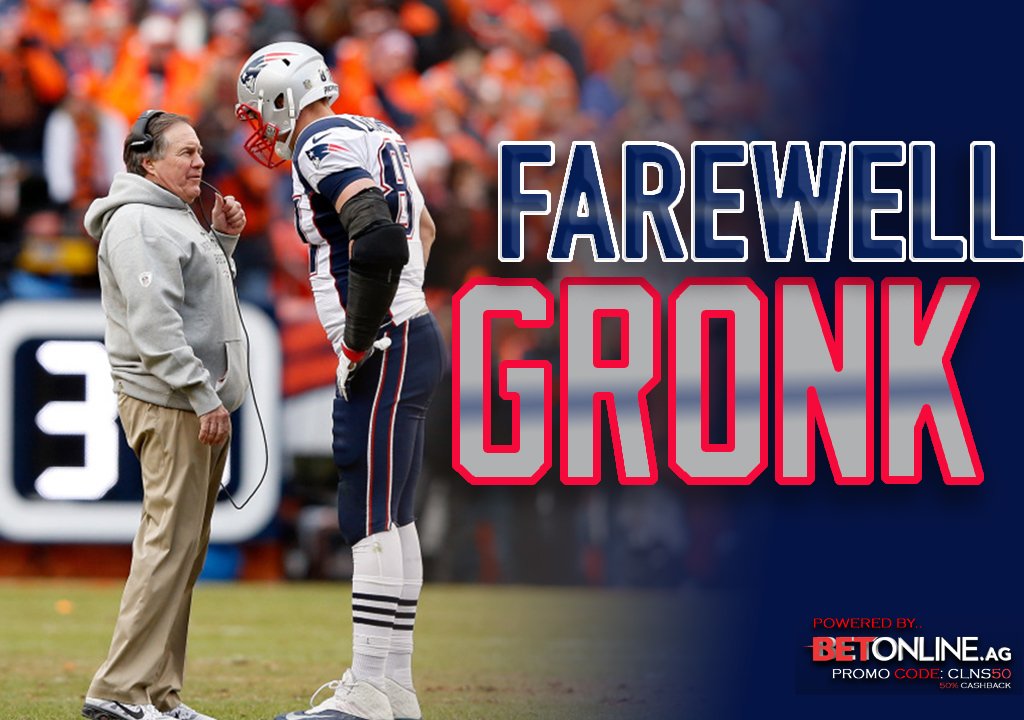 One of the titans of the New England Patriots has played his last snap as tight end Rob Gronkowski announced his retirement from the NFL via Instagram on Sunday night.

In terms of pure dominance, Gronk will go down as one of the most difficult covers in the history of the sport, and his blocking prowess till the very end gave the Patriots an unmatched advantage.

At his peak, which included the best season in NFL history for a tight end in 2011 (1,327 yards and 17 touchdowns), he combined a blend of size and speed that will shortly lead to a trip to Canton and the Pro Football Hall of Fame.

Even though the grind of a nine-year career diminished his superpowers last season, Gronk went out a champion and connected with Tom Brady on three of the biggest receptions of the Patriots season.

At the end of regulation of the AFC Championship Game, the Patriots isolated Gronk on Chiefs safety Eric Berry to Brady’s left on third down. Gronk ran a fade and went over Berry for a 25-yard completion to set up the go-ahead touchdown.

And then in overtime, the Pats called “D-slant” on third and ten with Gronk once again on isolated on Berry. He beat Berry, and broke the Chiefs defense.

In the Super Bowl, the Patriots ran a play that was a staple of his entire career: Hoss Y-Juke. The concept sends Gronk on his patented seam route. Brady delivered a perfect pass, and the ball fell into Gronk’s massive mitts setting up another game-winning score for the Patriots’ sixth Super Bowl title and his third.

In the biggest moments, Brady went to Gronk and fellow superhero Julian Edelman, and then there was the blocking.

In recent years, tight ends have become big wide receiver, but Gronk was essentially a sixth offensive lineman that doubled as an elite receiver.

In last year’s divisional round playoffs, he put on a blocking clinic that the Patriots coaches can now use to teach the next generation of tight ends in New England.

On Rex Burkhead’s second-quarter touchdown, Gronk led Burkhead into the end zone with a lethal combination block turning out Chargers Pro Bowler Melvin Ingram with Trent Brown and then climbing to the second level to get the linebacker as Burkhead walked into the end zone behind him.

As the end of that play demonstrates with him high-stepping and then fist bumping with the Patriots going up 28-7; nobody had more fun playing the game of football than Rob Gronkowski.

Gronk blocked, received, spiked and danced his way into Canton in one-of-a-kind fashion.

And from this point forward, nobody else should wear number 87 in New England again.