Robert Williams Not Ruled Out For First Round

Robert Williams hasn't been ruled out of the first round, Ime Udoka told CLNS Media before Celtics vs. Bulls, but isn't expected to play. 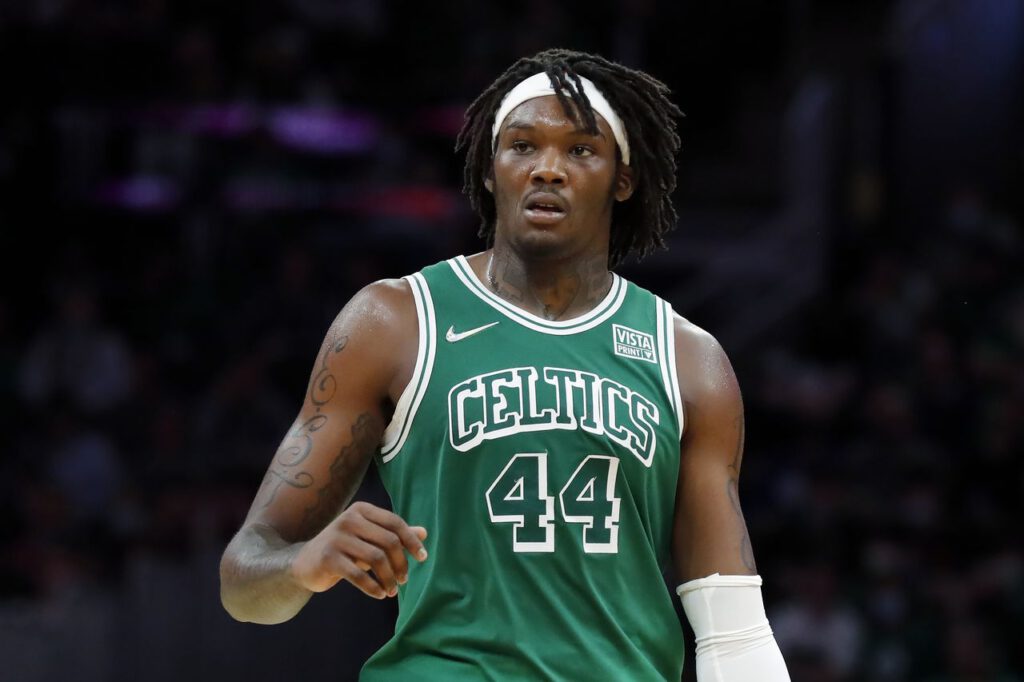 CHICAGO — Bobby Manning recaps Celtics shootaround, where Ime Udoka told him that the team has not ruled out Robert Williams for the first round. Williams is in Boston as the Celtics conclude the regular season against the Bulls, Bucks and Grizzlies, now one week since he underwent surgery on his torn meniscus.

Williams III is progressing quickly through two-a-day rehab sessions in an effort to possibly return sooner than the original 4-6 week projection. Udoka said the Celtics don’t plan on having Williams III for the first round, but won’t rule it out if he feels like he can play.

Bobby Manning has live coverage of Celtics vs. Bulls from Chicago for CLNS Media.