Robert Williams only scored two points with a block in his return for the Celtics against the Nets in Game 3, but his teammates felt the boost. 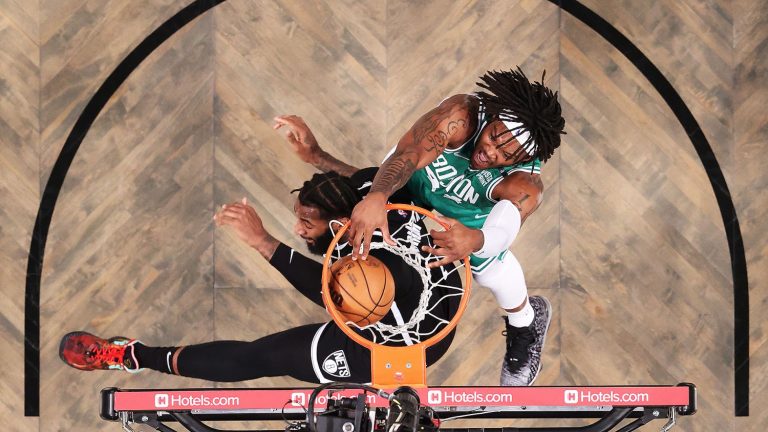 NEW YORK — Robert Williams only scored 2 points with a block in 15 minutes, but his presence made an immediate impact, Jayson Tatum and Jaylen Brown noticed. Williams responded well to the minutes in the Celtics’ 109-103 win over the Nets in Game 3, remembering feeling like he could dunk in his first time on the court after the surgery. Boston took a more cautious approach, and continued to with a tight minutes restriction bringing Williams off the bench. Tatum, who scored 39 points, and Brown both discussed the jolt Williams gave the Celtics, especially after he threw down his first dunk.

Bobby Manning and Josue Pavon reported live at Barclays Center after Williams’ return and the Celtics took a 3-0 lead in their first round series against Brooklyn, talking about the ascending maturation of Brown and Tatum.