Blake Griffin will start in place of Al Horford with Robert Williams present along the sideline and hitting his stride in recovery from offseason knee surgery. 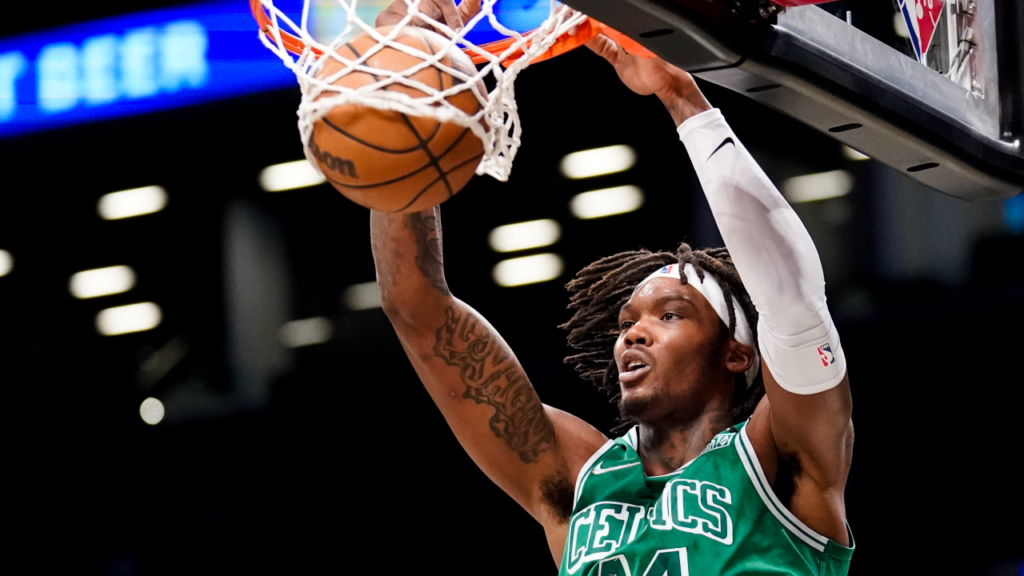 NEW YORK — Robert Williams III traveled with the Celtics for their game on Saturday as he continues to progress toward a return from offseason surgery on his left knee. His 8-12 week timetable from the procedure on Sept. 23 remains on track, and he still holds no regrets over pushing to return in three weeks from meniscus surgery last spring.

“These are my teammates,” Williams said. “I need them just like they need me. I feel like it was good for me to just get back in a rhythm, coming on the road.”

Williams hopes the PRP injection he received midway through October will speed up the healing process and isn’t worried about any setbacks as he progresses due to the wide window the Celtics allowed for his return. If he hits any bumps in recovery, they’ll have time to address those issues, he said. There haven’t been any yet, and he’s seemingly hitting his stride as November begins.

“(They’re) hungry,” Williams said. “I feel like we’ve got a lot to prove individually and as a team, and I feel like the leaders of this team, I loved from the start of the year, just aggressive man. Staying aggressive and showing up in those situations where in previous years we might not have showed up.”

When he’s off the court at the practice facility, the Celtics hear him yelling out switching coverages or telling them to start talking on defense. Teammates have spoken extensively about how much they miss him on the defensive end, with Boston beginning the season 18th in defensive rating, allowing 114.4 points per 100 possessions in Friday’s win after Joe Mazzulla raved about his team’s top-ranked status at that end in the two games prior.

Al Horford is absorbing most of Williams’ minutes at center in a new role, playing more drop and post defense after switching as often as any big in the NBA last season. Luke Kornet, Grant Williams, Noah Vonleh, Blake Griffin and even Marcus Smart have received minutes guarding opposing fives, and Williams III praised Kornet for his short closeouts against shooters.

Horford will rest Saturday’s back-to-back against the Knicks while Mitchell Robinson sits with an injury for New York. Griffin will start in his place. Horford previously sat second half of a back-to-back against the Magic, and planned to play on Saturday before Mazzulla and Boston’s staff decided to be cautious as he’s averaging 31.4 minutes per game after 29.1 MPG last season.