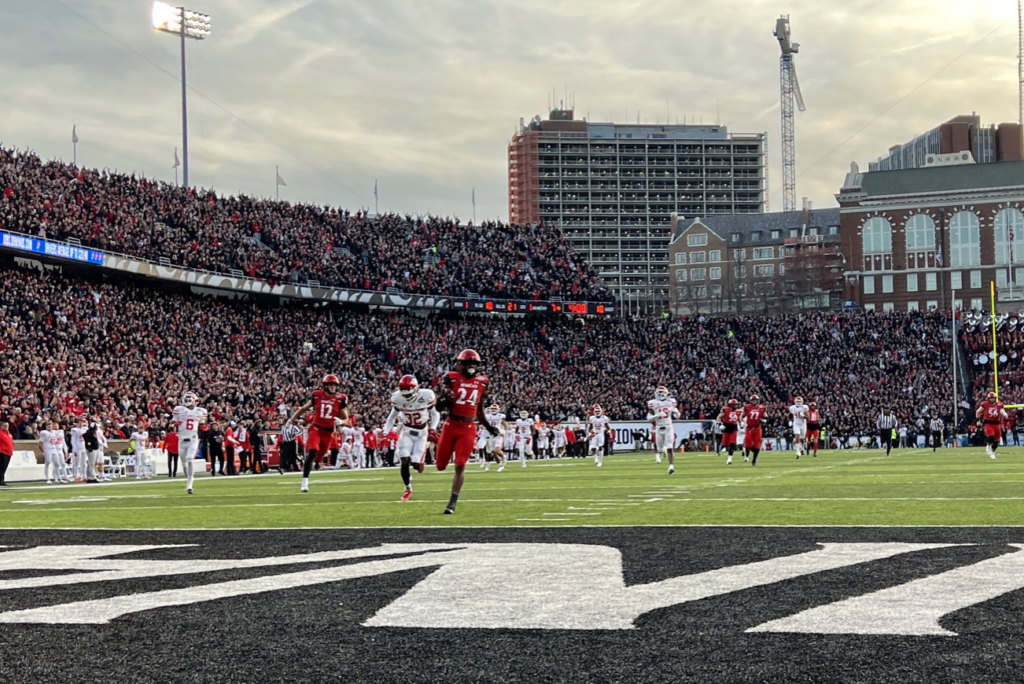 CINCINNATI — The Cincinnati Bearcats have done what it takes to make history. Now, they just await affirmation and confirmation Sunday from the College Football Playoff committee to earn a seat at the national championship table.

Most Outstanding Player Jerome Ford had game-breaking touchdown runs of 79 and 42 yards and finished with 187 yards on 17 carries, while Alec Pierce made a critical 44-yard diving catch early in the fourth quarter as the No. 4 Bearcats raced away from No. 16 Houston, 35-20, before a frenzied sellout crowd of 37,978 at Nippert Stadium to capture its second consecutive American Athletic Conference championship and improve to 13-0 for the first time in school history.

The Bearcats, who jumped into the fourth spot two weeks ago, now await the committee selection announcement noon ET on ESPN.

Luke Fickell sums it up smartly: “We let our play speak for ourselves” Says he probably won’t watch CFP show Sunday. Has a team banquet. pic.twitter.com/3bp9jgiPwh

Pierce also had a 21-yard touchdown catch as part of a 21-point explosion in the first seven minutes of the third quarter to break open a one-point game and help UC keep its national championship aspirations alive. Linebacker Joel Dublanko picked off Houston quarterback Clayton Tune in the third quarter burst to set up another score.

Desmond Ridder threw touchdown passes to Tyler Scott and Leonard Taylor and finished the day 11-of-17 for 190 yards.

All-American corner Sauce Gardner had a critical corner blitz sack on Tune late in the second quarter as the Cougars were threatening to the take the lead before halftime.

The game featuring two of the top quarterbacks in the nation lived up to its billing in the opening 15 minutes.

Clayton Tune directed the Cougars down to the Cincinnati 15 in three plays before a sack by Curtis Brooks and Jabari Taylor forced Houston to settle for a 37-yard field goal and a 3-0 Houston lead.

Ridder was razor-sharp in his response, starting with a perfectly-thrown ball to Jerome Ford on a wheel route for 15 yards on UC’s first offensive snap of the day. Three plays later, Ridder threw a dart on a post to Tyler Scott for a 25-yard touchdown and UC’s first lead of the day, 7-3. Ridder was 4-for-4 for 76 yards on the opening drive.

Tune and Houston didn’t waste much time answering, converting a pair of third-and-long chances on a 10-play, 74-yard drive that ended when Tune found Nathaniel Dell on an in-cut between a pair of Bearcats for a 10-7 Houston lead.

That Houston advantage lasted all of 17 seconds as Jerome Ford ran off the right side and into daylight for a 79-yard touchdown run that featured a great downfield block from Alec Pierce and a 14-10 lead.

JEROME FORD IS FASTER THAN YOU@GoBearcatsFB

The Cougars opened the second quarter by driving to the Cincinnati 29 but had to settle for Dalton Witherspoon’s second field goal of the day, a 47-yarder that drew Houston closer at 14-13.

The Bearcats had a golden opportunity to punch in their third touchdown when a horse-collar tackle on a 37-yard Tre Tucker kickoff return put the Bearcats at the Houston 40. The Bearcats drove to the Houston 8 when Ridder’s pass in the end zone for Pierce was broken up.

Then two curious runs into the middle of the line by Ford yielded only three yards. Christian Lowery’s 23-yard field goal attempt was wide left and the momentum of the game shifted.

Luke Fickell “It’s a great time to be a Bearcat” pic.twitter.com/mrbRCtN5JK

Houston drove the ball to the Cincinnati 45 but appeared to do the Bearcats a favor by punting on fourth-and-3. The momentum of the missed field goal continued to ride with Houston as Ridder was sacked for a 10-yard loss at his own 2 on third down.

After a 50-yard Mason Fletcher punt, the Cougars had a golden opportunity to take the lead. But Sauce Gardner came up huge. First he combined with Bryan Cook to hold Alton McCaskill to a four-yard loss on an outside run. Then the All-American corner came on a corner blitz on second down that Tune didn’t see coming. The nine-yard loss pinned the Cougars back at the Houston 47. The half ended with UC clinging to a 14-13 lead.

TRAGS RECAP: @GoBearcatsFB make their biggest statement on the field. They belong in @CFBPlayoff pic.twitter.com/wTBbwtjc2n