Safety Net: How A Group Of Defensive Backs Coached by Steve Belichick Has Saved Patriots’ Season 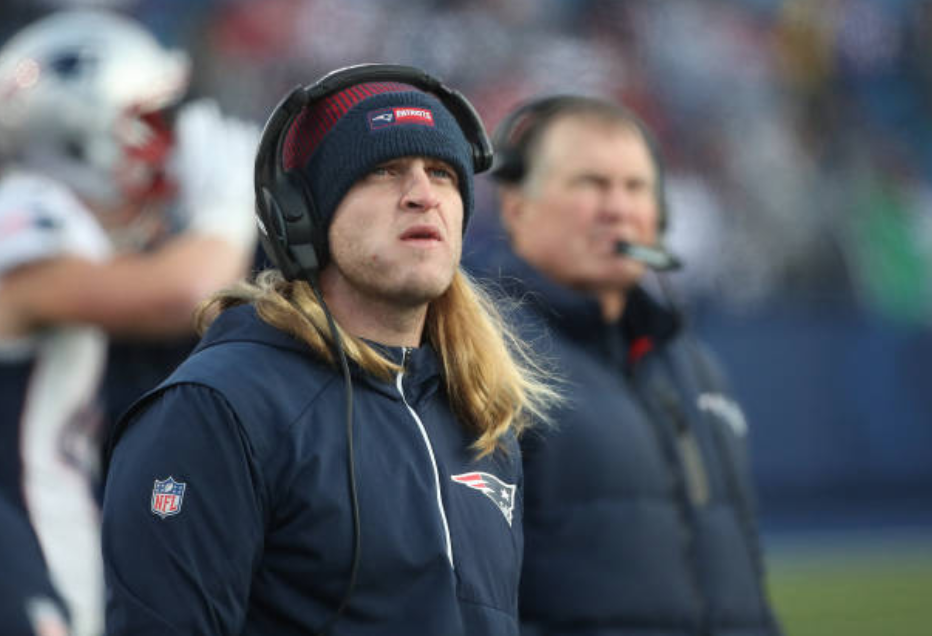 Fighting for their playoff lives, no doubt, and certainly not staring down another top seed in the AFC playoffs.

The play of Devin McCourty, Duron Harmon, Patrick Chung and Jordan Richards didn’t just save the day on Sunday. The group has been the glue of the vastly improved defense all season long.

Even when the defense was getting torched early in the season, the safety room was filled with calm confidence that never wavered. The message from McCourty and Harmon has been direct and sometimes forceful.

When the Patriots were getting handled by Jay Cutler in the third quarter in Miami, it was Harmon who delivered an impassioned message to the depleted defensive unit on the sideline: Injuries or not, rolling over is not an option.

When Stephon Gilmore was getting burned early in the season, it was Harmon and McCourty who stressed patience and determination. It paid off.

On Sunday, as Ben Roethlisberger lined up the Steelers with 30 seconds left at the Patriots’ 10 for the go-ahead touchdown, it was the Patriots secondary that had to make the final stand of the game. With some help of an unfinished catch by Jesse James and a tackle from Malcolm Butler on second down, the secondary finished the deal with Richards getting in the passing lane and Duron Harmon catching a deflection from Eric Rowe.

“I mean obviously as a group that’s a great group for us,” defensive coordinator Matt Patricia told me Tuesday. “They’re an extremely strong, experienced group. I think from a standpoint of the play on the field and their production and their leadership and the way that they handle and approach the game is something that I think everybody can learn from and follow and model themselves after. It’s a great group and everything that you want out of your players comes from that room.”

They’re not just productive. They’re the most versatile group on the team. McCourty, Chung and Richards have all taken turns playing close to the line of scrimmage, with Chung and Richards serving as hybrid linebackers at varying times. McCourty and Harmon can roam, based on their reads.

While Harmon, McCourty and Chung are obviously leaders in their own right, it’s Steve Belichick who has had the responsibility of going over game plans that account for the losses of Dont’a Hightower, Kyle Van Noy and Trey Flowers, Alan Branch and Malcom Brown up front. The team started the season with six safeties, including Nate Ebner and Brandon King, both primarily filling roles in special teams. Ebner was lost for the season to a knee injury against the Dolphins on Nov. 26. King remains a valuable piece of special teams.

“I think Steve has done a great job with them,” Patricia added. “Obviously I’ve been working with Steve for a while now and coming up and through and I think he’s really done a good job to improve his overall coaching and his command of the position and his understanding of the defense. [He] really works extremely hard to get the full concept of what we try to do and then obviously go ahead and teach that to a position that needs to understand that out on the field. It’s a very complex position to coach and it’s a complex position to have to try to understand the different facets of the defense.

“From the front and how it all fits together and ties together into the back end, whether it’s run game or coverage or communication, whatever the case may be. He’s obviously done a great job of getting all that to those guys, that information taught and communicated. It’s one of our stronger groups on the team along with the linebackers that really kind of hold everything together from the front end to the back end. I think it’s been great. Absolutely great.”

Steve’s preparation and the safety production has made Bill Belichick proud of his son’s work.

“It’s great. It’s great. It’s great to be able to have him here every day. I think he’s done a good job with the group,” said Belichick, who noted that his son certainly has been helped by the skill and leadership of the players he’s coaching. “Those guys are good players. They’re some of our best players with the five guys that we have at that position. There’s been a lot of continuity there. It’s unfortunate that we lost Nate, but they’ve all been productive. They all are strong players both in the kicking game and defensively. It’s been a strength of our team.”

WATCH: Duron Harmon has seen just about enough from his defensive teammates pic.twitter.com/XOjZIn5cN8

Having a father who knows a thing or two about leveraging defense to account for injuries or game plans certainly doesn’t hurt.  Bill Belichick said Tuesday whether it’s safeties or back-up linebackers, everyone has to be ready to go.

“Every week you try to take the players that are available to you and the options that you have and match them up against your opponent and what those challenges are and how you want to try to, in this case, defend it. It’s a comprehensive question. It’s not just one guy or one play,” Belichick said. “There are different personnel groups. There are different situations. Maybe you try to keep it all the same. Maybe you split up and do it in segments. There’s a lot of different potential options. You just have to decide which way you want to go and then once you chart the course, you practice it and get it ready to go that week.”