Scouting Report: Who Are the Five Free Agents the Patriots Added on Thursday? 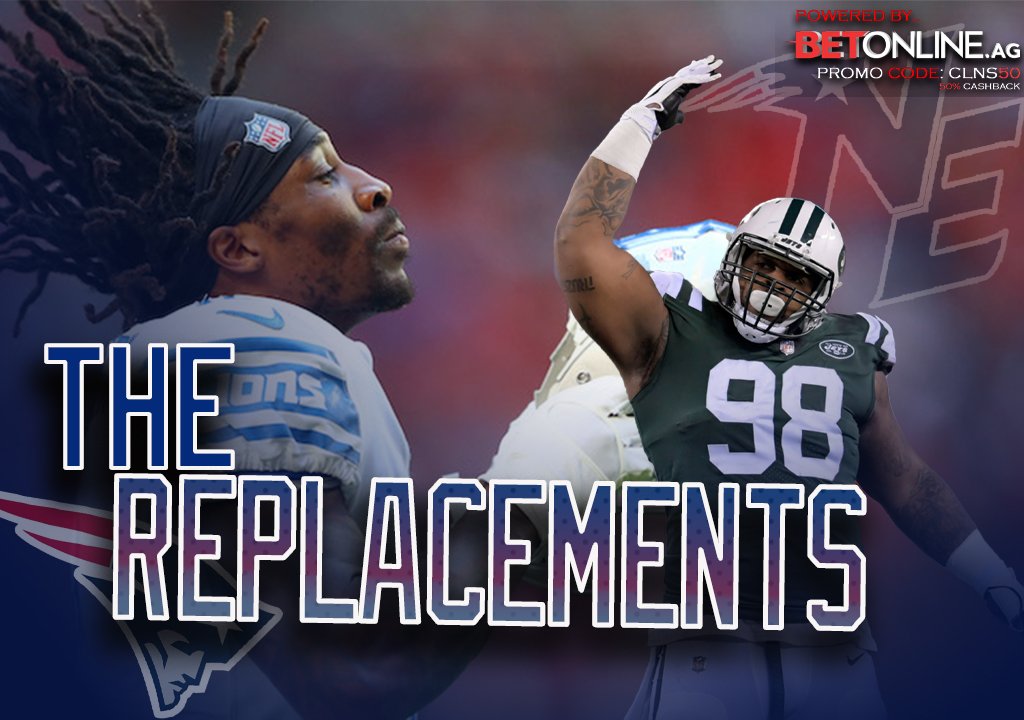 In a flurry of moves on Thursday afternoon, the Patriots finally arrived in free agency.

After missing out on top free-agent targets in wide receivers Adam Humphries, Golden Tate and Cole Beasley; the Patriots went to the dollar store to sign five veteran free agents.

Understandably, the moves that Bill Belichick made on Thursday are underwhelming, and the question is why weren’t they able to do more to add to the roster?

The easy answer is to say that they are limited by their cap space, roughly $12 million before accounting for today’s signings, according to cap wizards Miguel Benzan (aka @PatsCap).

But that isn’t entirely accurate when you consider the moves that the Patriots can make to free up more cap space.

For instance, they could extend quarterback Tom Brady’s contract or convert a portion of Stephon Gilmore’s salary to a signing bonus.

Read between the lines. The team itself isn’t operating like they don’t have the cap space to add a bigger name, especially to their wide receiver room; they just struck out.

The Patriots offered now Titans wideout Adam Humphries nearly $10 million per year but their best offer came after Humphries committed to Tennessee, they were in on Cole Beasley but didn’t want to match Buffalo’s offer, and same goes for now Giants wideout Golden Tate.

So what do you do after striking out on your top three targets? You go bargain hunting, and that’s exactly what Bill Belichick did.

Here’s a quick scouting report on all five of the relative unknowns the Patriots brought in on Thursday:

Out of all the signings, Pennel is the most legitimate by a mile. He’s a real NFL nose tackle, and the “dollar store” moniker used earlier is harsh for him. He’s a good player. Last season, Pennel was tied for 14th among interior defenders in Pro Football Focus’ grading playing for the New York Jets (87.1 out of 100). At 6-4 and 330 pounds, Pennel is your prototypical Pats nose tackle that’s going clog the middle and hopefully improve a run defense that was 19th in DVOA last season and struggled at times.

The first thing that stands out on Pennel’s tape is his upper body strength and power in the trenches to overwhelm offensive linemen. On the play above, Pennel displays a quick first step to get off the ball at the snap, jolts the center into the backfield and sheds to make the tackle. I can show you play after play of this guy winning battles in the running game.

Pennel’s immense size and strength are his calling cards, but he also flashes some quickness as a pass rusher.

Against the Patriots last season, Pennel beat center David Andrews cleanly with good initial burst and a nifty arm over move to force Brady into an unorthodox throw.

The Pennel signing is your typical under-the-radar addition from the Patriots. Think Lawrence Guy or Alan Branch a few years before that.

The biggest question mark with Ellington is health. He has ended three of the last four seasons on injured reserve due to hamstring issues, but when he’s on the field, he flashes. Ellington is a smart route runner that has developed in the details to create separation at the top of the route, he has 4.45 speed, and if he sticks, could contribute in the return game as well. In four games with the Lions last season, Ellington played roughly 50 percent of his snaps in the slot offering some versatility to play both on the inside or outside.

Here, Ellington is on the perimeter at the bottom of the screen. He releases downfield at a slower pace and then speeds up at the top of the route, but he also does a nice job of selling the vertical release with his eyes by keeping his head pointed downfield. That forces the cornerback to respect a deep route, but in his break, Ellington fakes the post with a hard jab step with his inside foot and then flips his hips to break off to the sideline.

On this catch, Ellington shows that he understands leverage and how to use it against the defender. Titans corner Logan Ryan is playing with inside positioning, so Ellington gets up in the pocket on Ryan’s outside hip, and then cuts the route to the outside.

If oft-injured Ellington can stay on the field, he can be a fourth or fifth option in the passing game for New England.

The Patriots have a knack for finding diamonds in the rough, and although expectations should remain low for Harris, his film is exciting from a ceiling point of view. This is your typical boom or bust signing, either the Patriots will find something with Harris, or he won’t make the roster, but his film over the last two seasons is intriguing. The former Redskin is a bigger receiver at six-foot-three and 200 pounds, and he knows how to use his size to win at the catch point.

On this play, Harris runs a deep over route against zone coverage and climbs the back of the linebacker to haul in the jump ball.

Although contested catches are his thing, Harris also flashed some improved route-running skills against the Patriots last preseason matched up against Stephon Gilmore.

Harris uses a stutter release to keep himself clean off the line of scrimmage, gets up on Gilmore using his physicality at the top of the route and then displays impressive change of direction to sink his hips and snap the route off on the comeback.

Harris also has experience playing inside or outside, and you can prepare yourselves now for some of us beat writers jumping on his bandwagon during training camp.

Another special teams safety, I know, yawn. But here’s the thing, the Patriots accurately assessed that their coverage units were subpar by their standards last season, and the Brooks and Brandon Bolden signings show that they want to address that in the offseason. The Patriots’ special teams units ranked 16th in Football Outsiders’ DVOA metric a year ago, tied for their worst finish in the stat of the Belichick era with the 2003 and 2004 teams. Brooks led the NFL in special teams snaps last season with 390 and contributed on five different special teams units. You know the poor kickoff coverage, in particular, drove Bill Belichick nuts last season.

LaCosse feels like a fringe roster player and is the least exciting name out of all the signings. LaCosse flashed some receiving abilities with 24 catches for 250 yards with the Broncos last season but watching the tape most of those yards came against weak coverage. He has the frame to develop as a blocker at six-foot-six and 255 pounds, and also played 102 snaps on special teams last season, but he’ll likely compete for the third tight end spot. Hopefully, the plan is to draft a tight end that will elevate into that TE2 role vacated by Dwayne Allen behind Rob Gronkowski, assuming Gronk plays next year.