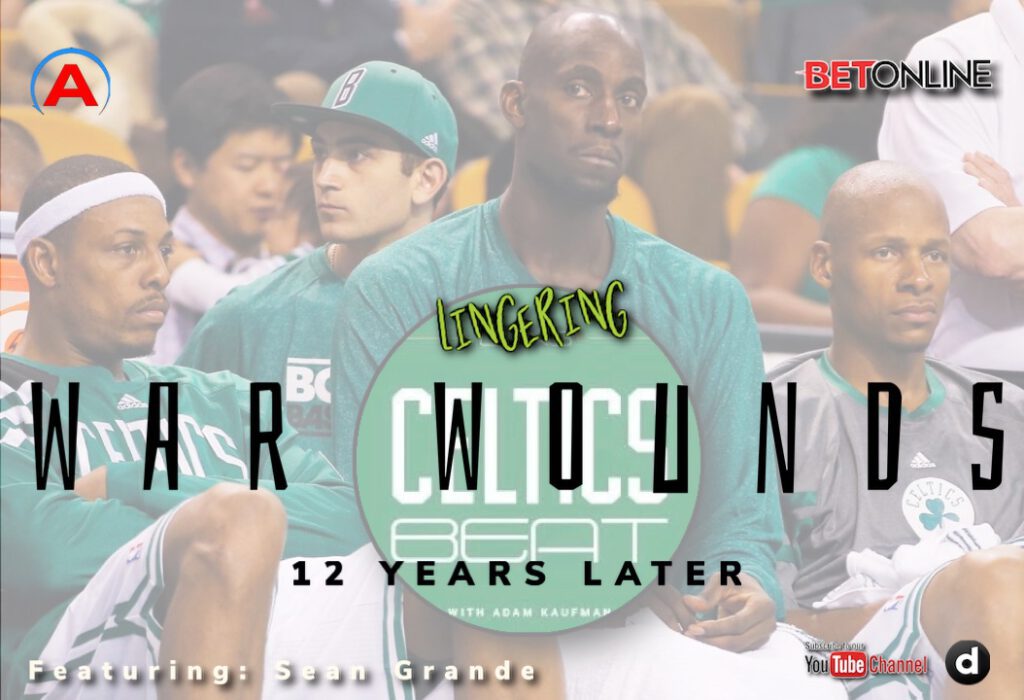 Broadcaster Sean Grande will write a book once his career ends covering a fight between two players on the championship-winning Boston Celtics. Grande, as talk continues about Ray Allen’s exclusion from his former teammates, remembers a Celtics group that fought all the time.

Grande joined Adam Kaufman on CLNS Media’s CelticsBeat Podcast this week to give his take on the hurdles preventing a Kevin Garnett and Allen reunion. Chemistry issues weren’t new toward the end of the Big Three era, before Allen departed to the Heat. The seeds of that planted early. When the Celtics lost to the Lakers in the 2010 Finals, Grande felt the blueprint of the team crater on the trip back to Boston.

“When we got on that plane at LAX, the whole thing was done,” Grande said. “By the time that plane landed, the blueprint and the momentum in effect had started rolling.”

Grande believes fans borrowed their disdain from coaches, players and the Celtics’ response to Allen. They saw how they reacted and followed. Garnett, Rajon Rondo and the rest of the room had massive personalities. It showed in their apprehension to the departure.

“I understand Ray feeling burned,” Grande said. “I thought it was going to be bad (when Ray returned) … he didn’t want to go through that again and I think that’s something that was going through his head. I don’t think it would’ve happened at Paul Pierce night.”

Everybody wants to see Allen return, he believes, but discomfort and personalities both crafted this group and set them apart. NBC Sports Boston recently released a documentary about the champion Celtics without Allen, and Grande believes it could be hours longer with more details one day.

Grande will eventually discuss how Allen nearly departed in a trade for Tracy McGrady and which players he got between in a fight on a bus. The events of that plane ride that followed in 2010 and the last days of a group that tried to fight for banner 18 late into their 30s.

“The only regret about the big three era is that it didn’t start soon enough,” Grande said. “Ray Allen, Kevin Garnett and Paul Pierce, imagine that group together two years earlier.”