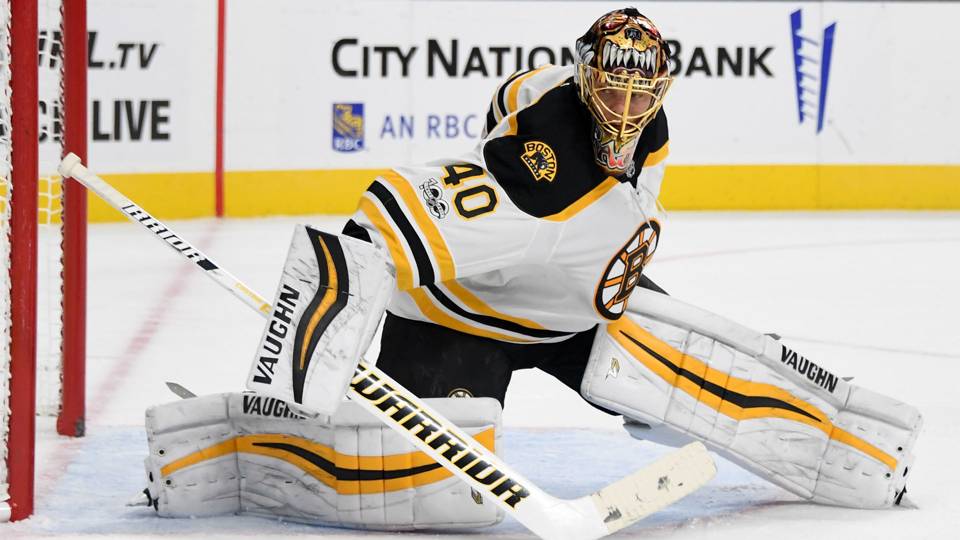 It’s rare that anyone in Boston argues that Tuukka Rask’s contract is a bargain for the Boston Bruins. It’s hard to call any contract at $7 million a year a bargain in the NHL. Add in that Rask is a lightning rod in the city with a traffic problem, and you have yourself some polarization.

But Monday was July 1 and with that came a fresh batch of free agent signings. In the goaltending market Sergei Bobrovsky signed with the Florida Panthers for seven years, $70 million. That’s $10 million a year for a 30 year old goalie who will be 37 by the time the deal expires.

Rask’s $7 million cap hit all of a sudden looks more like a steal and the Bruins couldn’t be any more fortunate.

Some big names for sure. But statistically speaking Rask is better than the other three in almost every major goaltending category. Here’s how the numbers lay out.

The Panthers’ desperation to sign a goalie and finally have a huge splash is one that will earn them short-term gains while hurting long term. Yes, they’ll have a temporary rise in the standings and maybe go a round or two in the playoffs. It may even give them some in-state clout when competing with the Tampa Bay Lightning. But do we really think the Panthers will be eager to dish out that $10 million when Bobrovsky is 35, 36 and 37? I doubt it.

Also, the Panthers will be giving $10 million a year to a goalie who’s been a puddle during postseason play. The Bruins saw it firsthand in the second round of these past playoffs — after taking a 2-1 series lead on the Bruins, Bobrovsky let up 11 goals over the next three games to allow the B’s to win the series.

One thing Price, Bobrovsky and Lundqvist (up until Monday) have in common is they’re all the highest-paid players on their respective teams by a long shot.

Price pulls in his $10.5 million a year on the Montreal Canadiens. After him is Shea Weber far down the line at $7.8 million and then $5.5 million for Jonathan Drouin.

Prior to Monday’s signing of Artemi Panarin, the New York Rangers paid Lundqvist the most at $8.5 million a year. Second was Kevin Shattenkirk at $6.65 million and then Mika Zibanejad at $5.35 million.

Now with the Panthers, Bobrovsky nets $10 million a year. Then the Panthers dish out $7.5 million to Aaron Ekblad, $6.35 million to Keith Yandle, and then $5.9 million to both Jonathan Huberdeau and Aleksander Barkov.

And then there’s the Bruins.

Rask earns the second-highest AAV on the team, but it’s a reasonable price and in the ballpark of all the others. Krejci, Bergeron, Marchand, and Pastrnak have consistently ranked in the Top-5 in points on the Bruins for years.

This leads to the next point: the goalie really shouldn’t be the highest-paid player on any team.

Lundqvist assumed the role of starting goaltender in 2005. Since then, players have come and gone and cores have shifted yet one thing has always remained the same: Lundqvist is always the starter.

The same goes for the Canadiens — despite some hiccups early on, Price became the starter in 2007. Lots of players have dawned the bleu, blanc and rouge but Price has always been the mainstay.

Another common factor between these two teams: no real postseason success. Granted, Rask’s Stanley Cup win came as the backup in 2011. But in the 2013 and 2019 playoffs, the two years in which he led the Bruins to the Cup Final, he was the best goalie during both postseasons. If not for two defensive breakdowns at the end of Game 6 in 2013 and then a dud in Game 7 of 2019, Rask could possibly have one or even two more Cup wins.

Let me reiterate: Rask makes less than these guys. Much less.

Price and Lundqvist have often been put in situations with a lack of talent surrounding them.

📰 FUTURE OF THE BRUINS 📰

The #NHLBruins may have their scorer of the future at Development Camp and they didn't even draft him.

His name is Samuel Asselin and @emarinofsky tells you to remember him.

The Rangers missed the playoffs the past two years. In the last four years, the Canadiens only made the playoffs once — that was in 2016-17 when Claude Julien took over as head coach and they lost in the first round.

The bottom line is that it’s very hard to bring in talent when the goalie is a huge cap hit. The Canadiens have proved it, the Rangers have proved it and the Panthers will soon follow in those footsteps.

What the Bobrovsky signing has brought to light is that even though some may think Rask’s cap hit is too much, in the grand scheme of things, his $7 million is actually a massive bargain.