Shaughnessy: Hard to Know What’s Going on w/ Celtics Behind the Scenes

The Boston Globe's Dan Shaughnessy says it's hard to figure what's going on behind the scenes with the Boston Celtics. 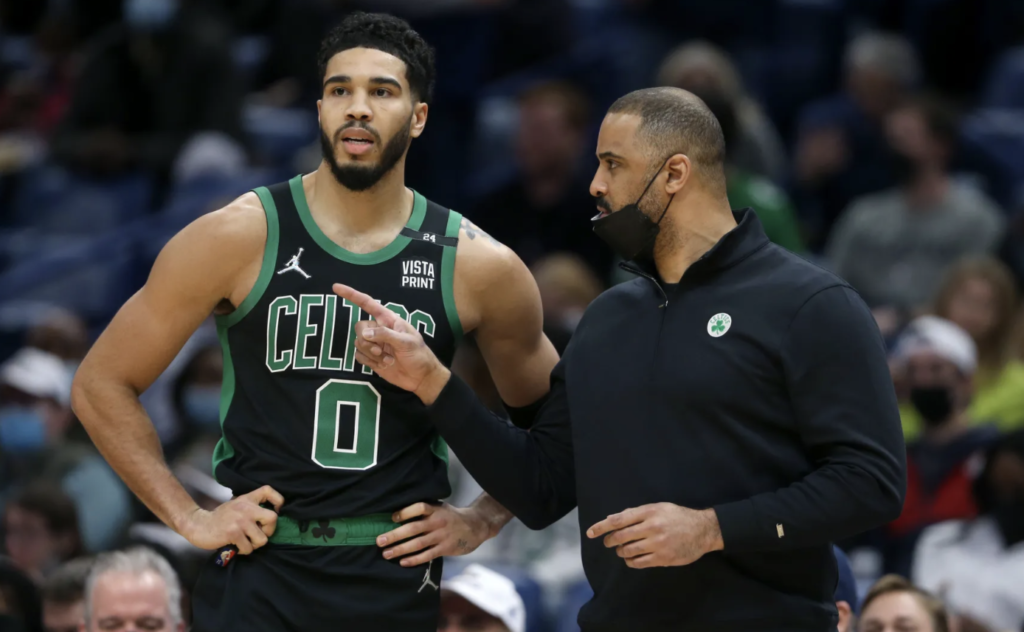 The Boston Celtics are rolling of late, winners of 7 of their last 10 games. But for much of the past two season the team has been mired in mediocrity. Trying to pinpoint why has been tough for several reasons.

One, is the maddening inconsistency they’ve exhibited on the court.  They play well for a stretch (see last 10 games) then revert back to old habits. Such is the reality of a team that has hovered around .500 since last season.

The Boston Globe’s Dan Shaughnessy has been covering the team for over 40 years. As a one time Celtics beat writer Shaughnessy is particularly perplexed by what he’s seen from the 2021-22 edition of the team.

“I’m not liking what I’m seeing.” Shaughnessy told former Celtics legend Cedric Maxwell on the Cedric Maxwell Podcast on CLNS Media. (Shaughnessy delivered his commentary prior to the Celtics recent wins against Miami and Charlotte.)

Another reason the Celtics struggles have been hard to pin down is trying to decipher what is going on behind the scenes. Something that has become increasingly difficult to do these days. Largely because of the Covid-19 pandemic which has caused the team to limit the media’s access to the players and staff. A reporter like Shaughnessy could once upon a time stroll into practice or the locker room any time he chose. But now only a few reporters handpicked by the team have that privilege.

“We don’t have boots on the ground anymore,” Shaughnessy said. “When things were going south with the Celtics in 82-83 I knew that they were done with (head coach) Bill Fitch, changes were coming. We knew who liked who, there were things you could see.

Shaughnessy fully recognizes the talent of  Tatum and Brown as the team’s two stars. But the Globe columnist believes they should be doing more.

“I know how great they are,” Shaughnessy told Maxwell. “But they’re also not as young as everybody says. I know its 23 and 24 but 5 and 6 years in the league? Five or six years, man oh man you should be MVP by then if you’re gonna be ‘the thing.”

So can the Celtics win with Tatum and Brown leading the way. Shaughnessy says, he’s not so sure.

“I don’t like it. Somethings got to give. They gave them (Tatum & Brown) a new coach so I’m not impressed that they’re as mediocre as they’ve been. I would be shaking it up big time. Looking to trade one of them.”