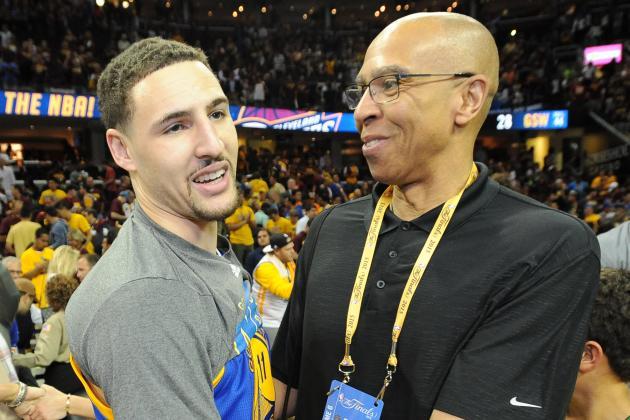 Since the NBA season was put on hold in March due to the coronavirus outbreak, questions surrounding debate topics have been a hot commodity to fill the void of watching games live.

In the latest episode of Showtime with Coop, Michael Cooper asked his former teammate Mychal Thompson to name his current top-five players in the league today, disregarding positions.

When pressed whether or not he would include Steph Curry on his list, Thompson had a reason for why he left the dynamic Golden State guard off.

“Steph, he’s in the conversation, but because he doesn’t affect the game on both ends the way those others five do, because we’re not just talking about scoring, the five that I mentioned can impact the game on offense and on defense,” Thompson said.

Having been an impactful player himself for years in the league and also watching great players up close for years both as a father to Klay and as a Lakers broadcaster, Thompson certainly knows elite talent when he sees it.

Listen to the full episode of Showtime with Coop to learn more of what Mychal Thompson had to share with his former teammate Coop’.