Six Keys to Game Five Win for the Celtics 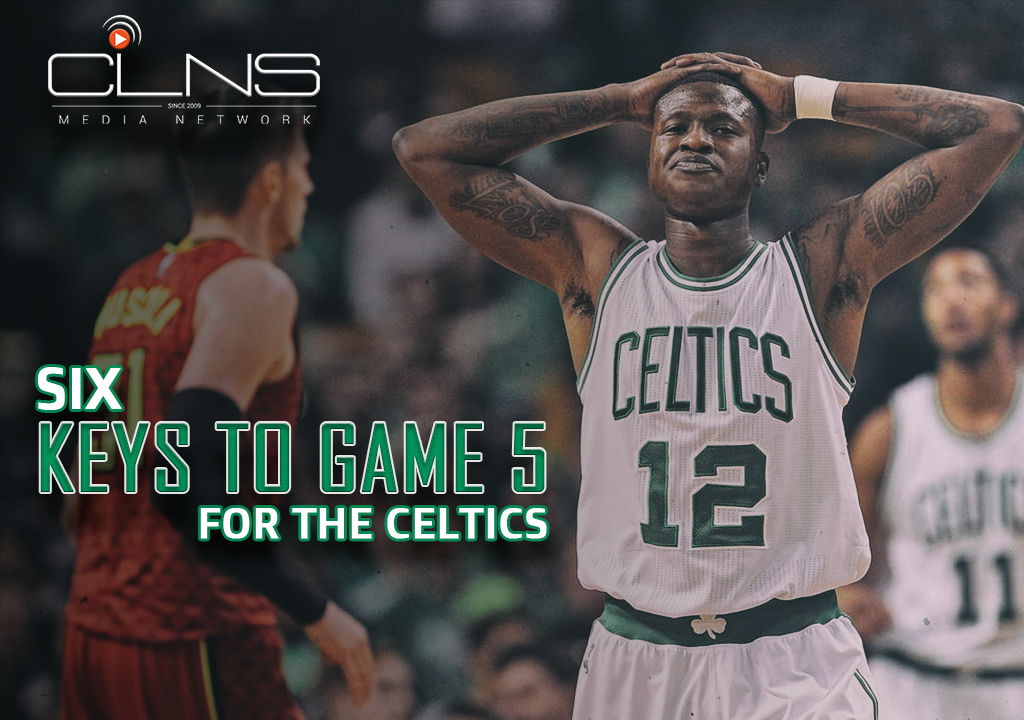 CLNS Media’s Josue Pavon is joined by Gery Woefel to give you their keys to a game 5 win for the Boston Celtics.

Heading into Game 3, many Bucks players told Gery Woelfel how important it was for them to deliver the first blow in the opening frame. Milwaukee believed it helped the Celtics immensely in Games 1 & 2 in Boston and wanted to set the same tone in Games 3 & 4.

Gery believes it’s made a big difference for both teams in this series and will be just as important in Game 5. In all four games of the series, the home team has not only won each contest but also led at the end of the first quarter by at least seven or more points.

In two offensively efficient performances in Games 3 & 4, Jabari Parker gave the Bucks the secondary scoring punch that they’ve badly needed in this series. Coach Prunty unleashed Parker for 25-plus minutes in Milwaukee and it paid dividends.

Parker netted 17 points on 7-of-12 attempts in Game 3, and followed that up with a 16-point performance Sunday. If the Bucks want to head home with a 3-2 lead, Gery believes Milwaukee will absolutely need a similar performance from their back-up forward.

It’s going to be Semi Ojeleye and Marcus Morris’ job to slow down Parker in Game 5.

It’s certainly been a chippy series, thus far. As Josue alluded to, physicality has been an underlining theme between the Bucks and Celtics – it’s something Bucks head coach Joe Prunty and Brad Stevens believe have given their teams a significant edge throughout the first four games of the best-of-7 series.

Thon Maker’s defensive impact changed the complexion of the series in Milwaukee. His physical play along with five blocks earned him 31 minutes in Game 4. The Celtics need to do a better job of matching his level of intensity in Game 5.

The stakes are high and if the Celtics want to head to Milwaukee for Game 6 with a 3-2 lead, they’re going to have to maintain a level of clean physicality in the post. Aron Baynes, who turned in his best game of the series Sunday, is a great example of that.

He was exceptional in contesting shots, setting tough screens and yanking down boards. He finished with nine points, 11 rebounds, and only two fouls in 19 minutes. But it was the gritty play that made all the difference.

Marcus Morris needs to follow suit. Without worrying about the officials, Morris has proven he can defend at a high level and Celtics need him to be focused on doing so while, of course, providing an offensive spark.

When Al Horford established a post presence in Game 1, it caused the Bucks fits. Horford not only finished 5-of-8 from the floor, but he knocked in 13-of-14 from the charity stripe.

Brad Stevens needs to utilize Horford’s offense in the post more. With his ability to stretch beyond the arc, Horford should be taking no less than 15 attempts in Game 5. And if he’s able to get more touches down low, he’ll earn trips to the free-throw line more often while converting high-percentage shots.

Heading into the series, Josue named Horford the most important player for the Celtics and believes his play in Game 5 is crucial for the Celtics. With the series tied at two games apiece, this is the time for Horford to turn in another monster performance reminiscent of Game 1’s double-double (24 points, 12 rebounds).

The Return of Scary Terry

Not-so-scary Terry needs to revert to his old way in Game 5. Gery says the Celtics desperately need his scoring.

It was obvious the Celtics offense missed Rozier’s shooting touch in Milwaukee, however, one positive takeaway from Game 4 was a lone turnover alongside eight assists. Rozier also drained a big 3-pointer down the stretch – proof that the third-year guard is never discouraged from taking a big shot even in a game where he finished 3-of-12.

During Tuesday’s practice, Coach Brad Stevens told the media that Marcus Smart was cleared for contact and would see playing time in game 5, barring any setbacks at the Celts practice today.

Does Marcus Smart make all the difference tonight for the C’s?